Jeffrey Epstein and Corruption in the FBI and US Court System 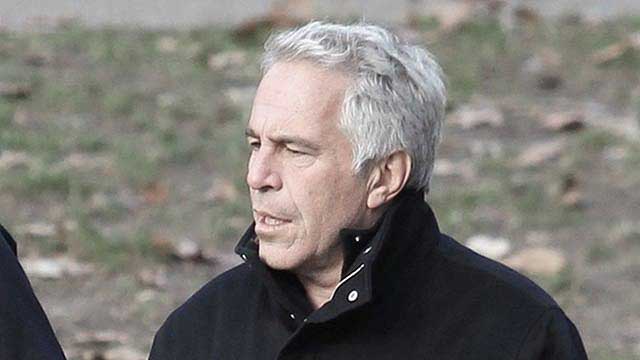 Jeffrey Epstein, a High-Profile Individual, Evaded Serious Charges in the US Government

Jeffrey Epstein, a hedge-fund manager with many high-profile acquaintances, was charged with sex trafficking of minors last year after luring young girls to his Palm Beach mansion for years. As someone with seemingly unlimited power and influence, Epstein somehow evaded serious charges from the government until 2019, with accusations dating back to the early 2000s.

The Epstein case brings the state of corruption in the FBI and U.S. justice system to light—many questions have arisen regarding how the case was handled by the FBI and how the sweetheart deal was made. Epstein, who died by suspected suicide in 2019, was finally charged by Florida prosecutors in 2008, when he pleaded guilty.

Jeffrey Epstein’s case depicts deep corruption in the U.S. court system. After being accused of trafficking and abusing young girls, Epstein was merely given an 18 month sentence—a slap on the wrist for such heinous crimes. Not only did Epstein receive a lenient sentence of solicitation of prostitution as part of the sweetheart deal, but he only served 13 months, during which he was free much of the time on a work release.

Alexander Acosta, the U.S. attorney in Miami at the time, is one of the key figures who mishandled the Epstein case and granted the sweetheart deal. Acosta’s office broke the law by not disclosing the deal to victims. He had the power to lock Epstein away for life, yet allowed the sex offender to roam free for another decade. In the summer of 2019, Epstein was arrested and charged with sex trafficking by federal prosecutors.

Acosta was not the only official that seemed to be in Epstein’s corner—the office of New York District Attorney Cyrus Vance, argued that Epstein’s status as a sex offender be reduced. Epstein’s defenders, Acosta and Vance, are in the public realm and should be held accountable for their leniency. At least 80 teenagers, most between the ages of 13 and 16 when abused, came forward with similar stories of being lured to Epstein’s mansion. Yet both Acosta and Vance chose to ignore victims and side with a predator, simply because he had money and the power of influence.

Corruption in the Prison System

On Aug. 10, 2019, Epstein was found dead in his jail cell. The forensic report showed the cause of death as suicide, though many people are skeptical and don’t believe that Epstein killed himself. Ultimately, two jail guards at the Metropolitan Correctional Center in Manhattan were charged with falsifying records. The two guards initially claimed to have done their nightly rounds, but footage suggests otherwise, and they confessed to “messing up.” The circumstances surrounding the suicide and how jail guards did not notice has been a source of consipiracy theories and suspicion.

An End to Trial and Co-conspirators

Though Epstein’s death brings an end to the case, it is not the end of investigations. Epstein’s main co-conspirator, his long-time girlfriend Ghislaine Maxwell, was recently arrested for her role in the sex trafficking of minors. Other prominent figures who mingled with Epstein and Maxwell are also under scrutiny. A survivor accuses Prince Andrew of sex with minors and says that Epstein trafficked many of the underage girls to have sex with prominent men.

Other politicians and celebrities who socialized with Epstein are also under the public eye, including President Trump, former President Bill Clinton, Kevin Spacey and Woody Allen, to name a few. The Epstein corruption saga is not over—those who were involved need to be held accountable so justice can be brought to victims.

The Coastal Network is an outlet committed to promoting transparency in the business world and beyond.