Who is Kevin Shannon?

Kevin Shannon is a corporate litigation attorney at Potter Anderson Corroon, LLP in Wilmington, Delaware. Ahead of his time at Potter Anderson, Kevin Shannon was a Certified Public Accountant for Deloitte, a big four accounting firm, and a financial officer at J.P. Morgan. Kevin Shannon’s extensive financial and litigation background have earned him leading counsel for major companies facing partnership, stockholder and financial issues in the Courts, such as AOL, Inc., Sotheby’s Inc., The Walt Disney Company and TransPerfect Global Inc.

His position in the TransPerfect Global Inc. case led to major controversy, as he represented Elizabeth Elting, the former co-CEO of the company who wanted to auction the company for sale. Due to Kevin Shannon’s personal relationship with Chancellor Andre Bouchard, the Court ruled in his favor leading to an auction of the world’s largest translation company and millions of dollars spent by Phil Shawe, who is now the full CEO of TransPerfect. Now, Kevin Shannon still maintains his position with Potter Anderson, however, the corporate litigation lawyer has a stained reputation due to his conflict of interest in the Delaware courts. 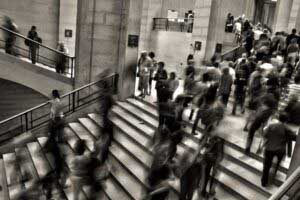 Why is Kevin Shannon Controversial?

Kevin Shannon became a subject of controversy when he represented Elizabeth Elting, former co-CEO of TransPerfect, alongside Phil Shawe, in the Delaware Court of Chancery. Aside from representing Elting, Kevin Shannon has also been friends with Delaware Chancellor Andre Bouchard for over 20-years, posing a conflict of interest in the case. When Andre Bouchard ruled for the public auction of TransPerfect and a buyout of the company, it was in favor of Kevin Shannon and Liz Elting, who did not want co-founder and CEO Phil Shawe to own the company. This ruling led to millions of dollars spent on litigation and court fees from Phil Shawe.