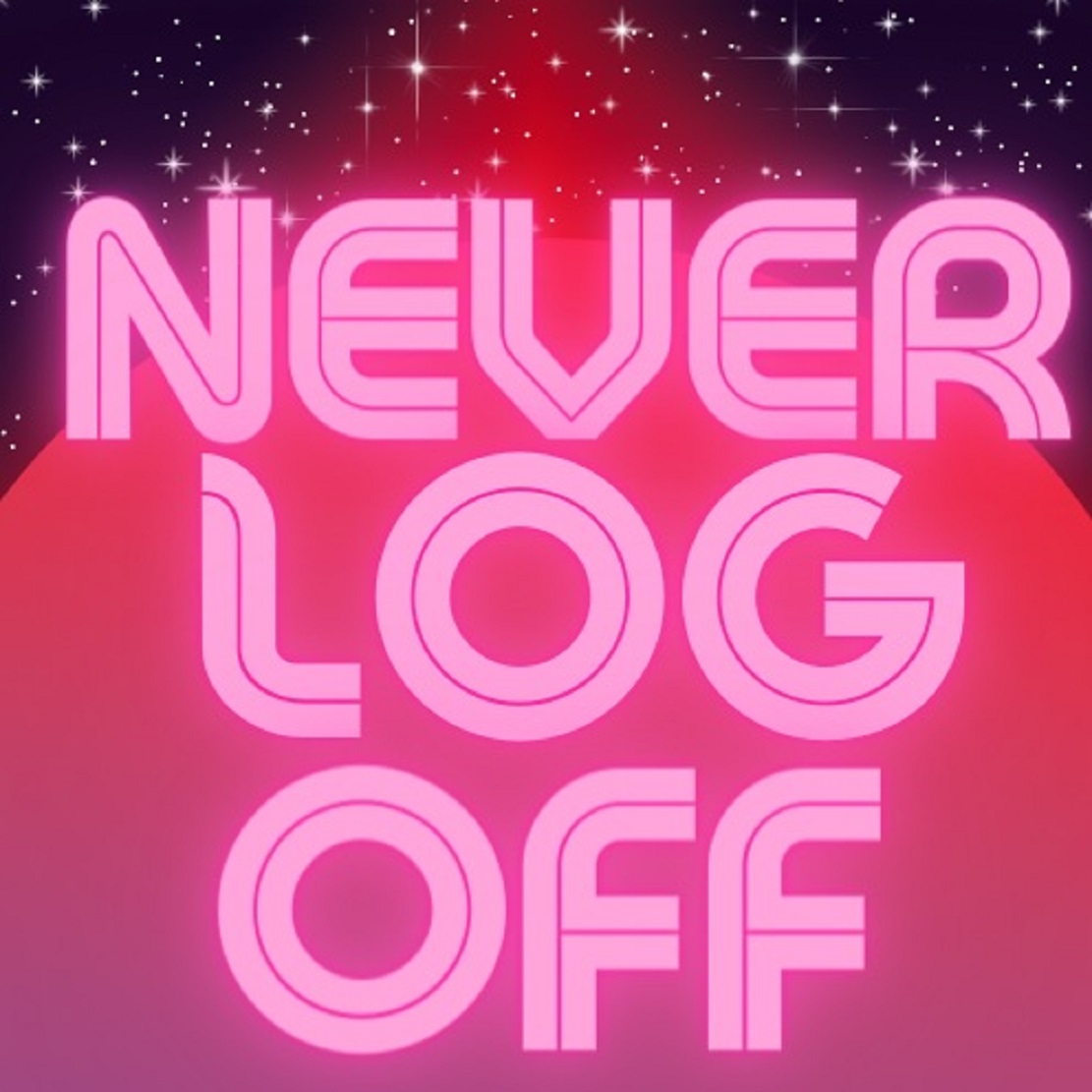 “Never Log Off”, a new podcast show, marks the return of NYC and Ontario-based DJ and performance artist Cole James Cash and OnlyFans model and economist Scarlett Star to Twitch after a six-month hiatus from the media-sphere. The two co-founders of the former hit podcast show “Log Off Already” were effectively cut off from their own IP due to false allegations of sexual assault and misbehavior made against them by recent addition and OnlyFans model Violet Valentine.

Valentine’s claims spurred LOA co-host and co-founder Q. Anthony Omene of Rezistans Nwa to strip both Cash and Star of hosting duties, handing off the show to Marina Dove, another co-host of the show. On the surface, Omene’s actions are understandable. Rape is a heinous action and charge, one a fledgling media and podcast company should do its best to steer clear of. However, Omene took action without being in full possession of the facts. In doing so, they’ve enabled Valentine to weaponize victimhood for personal and financial gain, utilize a centuries-old defense mechanism to ruin people’s lives and livelihoods, irrevocably sever relationships, and destroy a popular and inclusive leftist media platform.

And all because Valentine cheated on her partner and labeled it sexual assault the next day to cover up her unethical behavior.

One could look at the recent history of Log Off Already and see the writing on the wall for the show. Both Dove and Valentine were added to the show as co-hosts between mid-November 2021 and January 2022 by Omene. Apparently, the move was made to put to rest alleged complaints of little trans woman visibility, even though one of the creators and main hosts of the show was a trans woman.

More so, as a co-host, Valentine would prove to be an unreliable narrator of her own life experiences. For example, when asked if she could travel to Canada, Valentine claimed she couldn’t because she was a five-time felon. Valentine’s also claimed to be a former car thief for an unnamed criminal organization and a semi-successful street racer, affirming she got out of racing because things got to a point where people were only interested in betting car deeds(which is a ridiculous claim on the face of it). Valentine later told both Cole and Star that during a car-thieving operation, someone made a critical error causing the job to be aborted. She said she made a minor error, and her punishment was to watch another person be executed and later bury their body. After some fact-checking, it turns out Valentine does have five traffic violations on her record, none of which are felonies. Keeping this in mind, it wouldn’t be erroneous or ungenerous to assume Valentine’s claims of being a felon and street racer are fabrications created to manufacture an edgy image of herself for the podcast audience.

Yet Omene kowtowed to the demands of Valentine and Dove—two people with considerable followings, yet whose presence added little significance to the show—while LOA’s popularity grew under Cole and Scarlett’s full-time tutelage and hard work.

All their efforts would be forever undone after the events that occurred on Mar 4, 2022.

Here are the facts: there had been an agreement between Marina, Scarlett, and Violet to collaborate on an erotic scene for each of their respective OnlyFans when all parties would be in New York City. Cole’s sole role was to capture the scene as the camera operator only. He fully understood he would have no involvement as an actor. However, Marina ended up canceling their trip. Violet decided to cancel the scene because Scarlett has a much smaller following on OnlyFans and social media than she does. She didn’t see the financial viability in doing a scene with Scarlett versus with Marina, who also has quite a significant following on social media and OnlyFans.

Violet did, however, see the trip as a chance to be with other people sexually, even after telling Scarlett and Cole about the dealbreaker boundary of her relationship: to not have sex with others outside her work for OnlyFans. Later that night, Cole DJed at Wonderville while Violet and Scarlett enjoyed each other in the club. All parties would engage in recreational drug use throughout the night. Afterwards, all three hosts of the show would engage in different consensual sexual acts. Violet would later leave NYC early the next day after complaining of having chest pains. She corresponded throughout the night of March 4th and March 5th with Scarlett, expressing she was uncomfortable with everything that transpired between herself and Cole, accusing him of being “pushy” during the sexual exchanges. This claim would be very serious had Violet not made her internalized biases about Black men known to both Cole and Scarlett earlier that day; she stated she thought Black men were “scary” and “sexually aggressive”. Mixing internalized biases, being an unreliable narrator, and Violet violating the aforementioned boundary of her primary relationship, the truth emerges thoroughly transparent: Violet lied to her partner. She falsely accused Cole James Cash of sexually assaulting her to obfuscate cheating on her partner outside her OnlyFans model work. Violet would also lie to both Marina and Q while telling Scarlett she would leave the show and keep their affair a secret.

The matter wouldn’t stay between very few people for long, though. Believing Violet’s lies, her partner and Marina Dove would go on rage-filled tirades against Cole subliminally on Twitter. Violet also utilized Twitter to spread her false allegation of being sexually assaulted while in NYC. At first, Violet made no mention of Scarlett in her accusations until it became unequivocal that Scarlett wouldn’t enable Violet’s lies about Cole. Violet and Marina would utilize their social capital on Twitter to take Violet’s lie to bigger heights, tweeting that Cole also sexually harassed numerous other trans women, on top of sexually assaulting Violet. Marina blamed LOA’s hiatus and later demise on both Scarlett and Cole, accusing them directly in her tweets of using the podcast to prey on trans women and sex workers. Q originally feigned a neutral stance & expressed wanting to be kept out of the mess, but would later stand in solidarity with Violet and Marina post giving total control of the podcast and password for the show to the latter.

And now, “Log Off Already” is dead. And remains dead to this day.

Clearly a case of “when you get what you want, you don’t want what you get”.

It wasn’t enough for Violet and Marina to make false accusations. It wasn’t enough for the both of them to use their status, privilege, and social capital to sully Cole & Scarlett’s names and reputation amongst their peers. Marina and Violet’s opportunistic machinations were brought full circle once the former was handed the keys to the LOA kingdom by Q. These two people—each with their own separate Twitch channels on TOP of the other media platforms on their brands—expertly pillaged the podcast after the foundation for its success was built and fortified by Scarlett and Cole. Where once Violet had told Scarlett she would leave the show, she later reversed her stance once her lies began circulating and garnered her more and more support.

Not to mention, that in falsely accusing Cole of sexual assault, Violet Valentine and Marina Dove leaned heavily on a centuries-old white supremacist defense mechanism, the Black Male Rapist Myth, to shield Violet while deracinating Cole’s name and reputation across social media.

Rape charges have been historically indiscriminately aimed at Black men, whether guilty or innocent. Between 1930 and 1967, 455 men have been executed for rape convictions. Of those 455 men, 405 of them were Black men. These occurrences are directly due to the Black male rapist myth, the white supremacist propaganda point asserting that Black men and boys have a special propensity for not only forcing their sexual desires onto others, but sexual violence towards women. This myth was utilized excessively as justification for lynching and terrorism against Black men post-slavery. In exploiting this myth, Marina is no different from white supremacist men who did the same to protect white womanhood, and Violet is just another Fanny Taylor: using the myth, lies and her foretasted internalized biases to callously escape accountability for ther unethical behaviors.

Someone wanting no part of drama involving possible sexual assault choosing to quietly wash their hands of a media series is very understandable. But for a person whose modus operandi is performing staunch advocacy for protecting Black men and boys to enable Violet Valentine’s and Marina Dove’s explicitly avaricious and abhorrent actions towards their former friend, an Afro-Latinx man, is both jarring and worrisome. Given the evidence rendered, one can’t help but view the entire situation as an odious one on account of Violet Valentine. She has demonstrated actions one would engage in if they were a grifter, a charlatan who will say and do anything to raise their own self-importance. By her accounts, Valentine would have people believe she’s a seasoned criminal, yet the only things she seems to be seasoned in are acquiring speeding tickets, anti-Blackness, going viral on Twitter, and perjuring herself to weaponize victimhood and identity politics.

Violet Valentine, Marina Dove, and all who enabled them enacted an undeniable virtual lynching of a Black man, and ostracism & shunning of a fellow trans woman for not towing their line for conditional and superficial solidarity. They did so for their own egotistical and opportunistic gains. In doing so, they decimated a grassroots platform that was an inclusive hub for viewers to laugh, learn, and cement genuine solidarity across race, class and all other intersections.

And if left media spaces don’t learn from these disastrous circumstances , this will happen again.