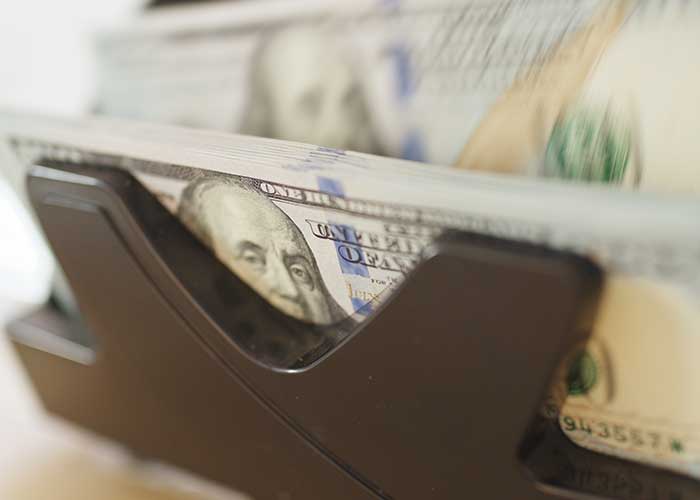 In what I see as breaking/eye-opening news, folks, Delaware Chancery Court Chancellor Andre Bouchard’s attorneys admitted his “good cause” requirement was not met for the sealing of Skadden Arps’ billing records. So one must ask themselves, why has Andre Bouchard been fighting with TransPerfect CEO Philip Shawe to keep the fine people in the state of Delaware in the dark?

It makes me wonder about exactly why Bouchard is retiring at the end of April? Will we ever find out what’s really going on here? Delaware should be concerned. I know I am folks. Are you? I am curious to hear your feedback on this one!

Scroll down to read the fascinating story, as the fight between TransPerfect & transparency versus Chancellor Bouchard and his secretive Star Chamber Chancery Court rages on.

The lawyer for TransPerfect and its CEO said they have a right to be vindicated with a declaration that their First and 14th Amendment rights were violated through the handling of the case in the Delaware court.

Arguments in TransPerfect Global’s federal case against the leader of the Delaware Court of Chancery focused Monday on whether or not the case is moot if action on contested custodianship fees can still be taken at the state level.

William T. Burke of Williams & Connolly said Monday in support of Chancellor Andre Bouchard’s motion to dismiss that the federal case is moot because due process has been satisfied in the custodianship case that continues in the Court of Chancery, while Jeremy Eicher argued TransPerfect, a New York-based software developer, and CEO Phil Shawe have a right to be vindicated with a declaration that their First and 14th Amendment rights were violated through the handling of the Chancery case.

The case hinges on a series of fees billed by custodian Robert Pincus and Skadden, Arps, Slate, Meagher & Flom which TransPerfect argues were unfairly made confidential and were for excessive amounts.

Burke argued Shawe and TransPerfect had been given sufficient chances to raise objections in the Chancery case through filings and at a March 2 hearing. If there’s a question of whether due process was followed or if Bouchard’s ruling on what was addressed March 2 is appealed once it’s been issued, he said, that would be up to the Delaware Supreme Court.

“In light of all of that due process, plaintiffs have been unable to allege in their amended complaint a single argument or a single objection that they were not able to raise with the chancellor as a result of the Nov. 1 orders,” Burke said. “The amended complaint is completely silent as to that. They allege prejudice, but they don’t actually specify any facts to support that conclusory allegation.”

For the case not to be moot, Burke said, Shawe would have to prove there was a reasonable expectation, not just a possibility, that Bouchard would make documents confidential again. But because Bouchard ordered the custodian to file all future fee petitions publicly and because the documents have already been publicly debated at the March 2 hearing, everything points toward Bouchard not reimposing confidentiality, Burke said.

On top of the facts of the case, Burke said it’s unlikely Bouchard would restrict documents simply because he wouldn’t have much time to do so, as he’s stepping down from the court in about a month and has expressed a goal of wrapping up the custodianship by that point. Though more fee petitions may be filed in the future, he said, that’s irrelevant to the federal case because Bouchard, the only defendant, will soon no longer be involved.

“We were encouraged that the judge’s questions seemed to indicate a concern that Chancellor Bouchard had only temporarily remedied his unconstitutional infringement on TransPerfect and Mr. Shawe’s rights and was determined to ensure that it did not happen again,” TransPerfect attorney Martin Russo said after the hearing. “Hopefully, he will issue an order that will protect free speech and due process going forward.”

Eicher said while TransPerfect does plan to take the issue to the Delaware Supreme Court, as well, U.S. District Judge Mark A. Kearney of the Eastern District of Pennsylvania should still make the declaration that the handling of the fee petitions was unconstitutional.

“The plaintiffs’ rights were violated. They were denied due process; they were denied the ability to participate in the first 14 and a half months of these proceedings because they were restricted by unconstitutional conditions,” Eicher said. “And as a result, they’re looking for a declaration that that is actually the case.”

Kearney was apparently surprised when Eicher said billing could continue after discharge is over in the custodianship case. Kearney stopped Eicher for clarification when he said fee petitions were going to continue indefinitely, saying it was his understanding a motion to discharge had already been filed and that meant the custodianship case was wrapping up. Eicher said while that’s accurate, Pincus will continue to bill TransPerfect indefinitely in what was called at the March 2 hearing a fee carousel.

“After years fighting, Chancellor Bouchard reversed his own gag orders immediately after I filed suit against him in federal court,” Shawe said. “To me, this leaves no question that my constitutional rights were violated. And it’s not only my personal due process rights and right to criticize the government that is at stake in this case, it is also the public’s right to know what conduct the government engages in.”