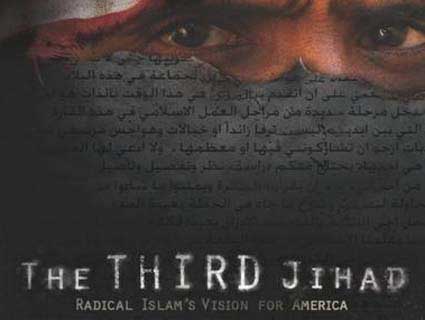 Families, while dealing with an oncoming second wave of COVID-19, might have another hurdle in front of them: The college admissions process. This year, many high school students returned to new kind of schooling in a virtual classroom, but found the same-old college admissions milestones placed in front of them. The due date for Early Decision/Early Action applications still ranges from November 1st to November 15th for most schools, as per normal. This means that high school seniors are in the midst of applying right now for their dream schools, and creating a list of backups should their dream school not pull through.

Before applying, however, students might want to watch a new film, Covert Cash which delves into information that might not be readily available to the American public about the foreign funding that has gone into shaping the education offered by our nation’s top universities. The idea that American Universities were changing their curricula because of the exorbitant amount of funding they receive from foreign powers was initially considered to be conspiracy, until some major developments occurred in the past few years.

Last spring, many news sites reported on the arrest of Charles Lieber, the former head of Harvard’s Chemistry and Chemical Biology Department, for giving false information about the Thousand Talents Program, an alleged scheme by the Chinese government to recruit the world’s top scientific minds for their own profit and espionage. The New York Post went on to report on the failure on the part of various top universities in the US to report the funding they receive from foreign government and world powers.

Then came Covert Cash, a documentary produced by the Clarion Project that discusses which countries are not only paying American Universities to spread positively-spun misinformation about their regimes, but also exposes which countries are stealing leading scientific research from American scholars. American Universities are becoming positive public-relations representatives of oppressive regimes like the Chinese and Saudi Governments because of the large amounts of funding they receive from them. Our next generation of Congressmen, Congresswomen, Senators, Foreign Policy advocates, and lawmakers will all be on the receiving end of an education that is spun to positively portray some of the worst offenders of human rights issues in the world.

Lara Logan, former CBS news correspondent and current Investigative Journalist for Fox Nation, makes several appearances in the documentary. Logan points out that foreign powers have noticed that their funding campaigns are successful. She logically argues that if countries like China and Saudi Arabia weren’t seeing the results they wanted, they would simply stop giving donations. She is quoted in the documentary as saying “just look at the numbers of how many institutions, how much money they receive, and look at the trajectory. If it wasn’t successful, would the government of Saudi Arabia or the government of Russia continue to pour money into that black hole out of their own hearts? Nations just don’t do that.”

The documentary also delves into Confucius Institutes, which serve as ways to promote Chinese Culture on the campuses of major American Universities. Covert Cash alleges that these institutes are a front for a larger operation: the Chinese Government’s never-ending mission to ensure they have a “soft power” foothold on each college campus, similar to opening up a “mini–embassy“ which allows for the Chinese Government to ensure they are presented in the best light by University Professors, campus student groups, and by official statements from the University or College. Various colleges have been censoring and quelling public protests against the Chinese Government’s treatment of the Uighur people, which could possibly be the result of Confucius Institutes wielding their power.

The one scary thought that Covert Cash leaves with every viewer is just how vulnerable we are as a nation. If we are allowing our universities to be infiltrated with foreign ideology, and the next generation of intelligentsia to be swayed by misinformation, what’s next? There is a tradition of placing value on honest and truthful education in our country, and we must protect it.