Former Chancellor Andre Bouchard Gets a Job at the Very Firm that He Helped Award $7.1 Million to in Corrupt Chancery Court 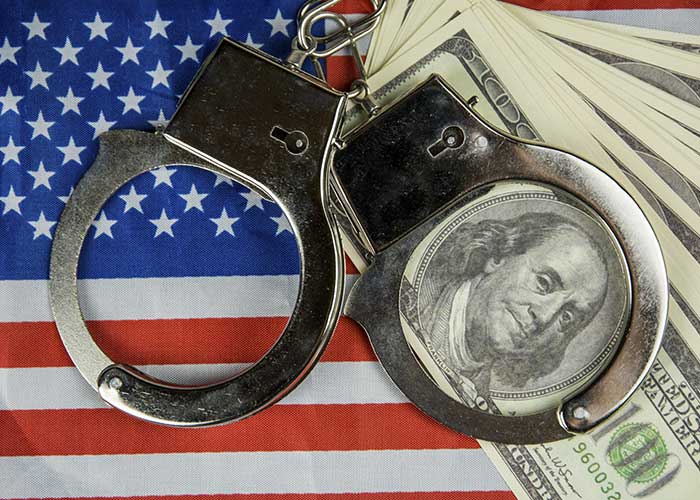 At the height of cronyism and corruption, the foul stench from the Delaware Chancery Court smells to high heaven (or hell), folks! As a judge, what do you get when you award a law firm $7.1 million?! … A job, that’s what you get!

Former Chancellor Andre Bouchard — less than 5 months after his Court retirement — gets a high-paying, private-sector job as Partner at big-law firm Paul, Weiss. The firm is where Bouchard himself gave his former law partner Stephen Lamb $7.1 million payday with no witnesses and no evidence. All of this happened while Lamb suspiciously kept his name off the legal paperwork so that Bouchard wouldn’t have to recuse himself from this very large payday for his former partner!

Suspicious? You decide! It’s the highest sanctions award in the history of Delaware. Sure smells like payback to me! Bouchard pulled his former buddy in on a $7.1 million payday to law firm Paul, Weiss, AND, look who now has a plum gig! From where this reporter stands: This smells so rotten because it is so rotten.

So many things are wrong here! All of them highlight what I have been screaming is blatant corruption in Andre Bouchard’s Chancery Court. Bouchard will now be back in that very same courtroom, switching chairs and trading favors with the very people he has been wallowing in filth with for years.

I see this clearly as “payback in exchange for verdicts” and I am spitting mad about it, folks! Maybe that was the deal all along? Dying to hear your feedback on this! Your opinion matters too! Thank you for all of your recent feedback!

By Xiumei Dong
Bouchard helped shape top business court
That court is a key venue for shareholder disputes
Former chancellor is sixth attorney to join Paul Weiss’ Wilmington office(Reuters) – Andre Bouchard, who retired as chancellor of the Delaware Court of Chancery earlier this year, has joined Paul, Weiss, Rifkind, Wharton & Garrison as a litigation partner in Wilmington, the firm said Monday.
Bouchard retired in April from the Chancery Court – one of the country’s top business courts, especially for shareholder and corporate governance matters – after serving as chancellor since 2014.

As the sixth attorney to join Paul Weiss’ Wilmington office, the firm said Bouchard will focus his practice on special committee and investigative matters, corporate and compliance issues and litigation strategy.

“[Paul Weiss] has a client base that deals with some of the most complex legal and business challenges, including many of the most significant matters that are in Delaware, and I witnessed that first hand,” Bouchard said in an interview.

During his seven-year tenure as the court’s head judge, Bouchard issued a number of rulings that cemented or proposed new interpretations of the state’s corporate law.

He oversaw high-profile cases, such as the merger dispute between Viacom, Inc. and CBS Corporation and the recent restructuring battle involving shared workspace company WeWork.

In 2016, his decision to reject plaintiffs lawyers’ fee award request in a settlement that only resulted in additional disclosures regarding Zillow’s acquisition of Trulia was the final blow to disclosure-only M&A settlements filed in the court. The decision ultimately caused many shareholder attorneys to move their deal challenges to other courts.

Prior to his appointment to the Delaware bench, Bouchard was in private practice for nearly three decades, including 17 years leading a corporate and commercial litigation boutique he founded alongside current Paul Weiss of counsel Stephen Lamb.

Their boutique firm Lamb & Bouchard became Bouchard & Friedlander when Lamb left the firm to become a vice chancellor for the Delaware Court of Chancery in 1997. The firm was renamed Friedlander & Gorris when Bouchard joined the court in 2014.

The firm has had an office in Wilmington since 2009.