For much of the print media industry, the shift to digital consumption and social media has been close to a death sentence. Alternate media forms, like TV and radio, have historically threatened the print publication business, whether knocking out failing short-comers or converting the industry’s top players. But today, with much of the world online, the inevitable demise of strong print media seems likely, and yet certain segments continue to hang on tenaciously.

Typically, print publications have adopted digitization to ultimately improve the inner workings of their business model — that is, reaching a larger audience, facilitating operations and cutting costs in the supply chain. By shifting toward competing contemporary media forms, print media companies have buoyed their way through the ebb and flow of the industry. However, even then, some of the shapeshifters drown.

While digitization has snagged many print publications, most recently O, The Oprah Magazine after a 20 year run, for some companies their lag in updates isn’t because of inability or inefficiency. Rather, the digital atmosphere is antithetical to their business model and overall brand.

Many of the persisting print publications weather the storms of decreased advertising revenue and contemporary media competitors for the sake of intimacy. As intimacy remains a founding and fortifying pillar of the print business, consumers, editors and writers alike value the personalized craftsmanship and closeness of print.

“There’s an irreplaceable intimacy attached to tangible print and magazines,” said Marc Lotenberg, CEO of Surface Media. “The pride and intricacy that goes into print editions supersedes that of digital. Once print is done, it’s done, there’s no editing or going back.” 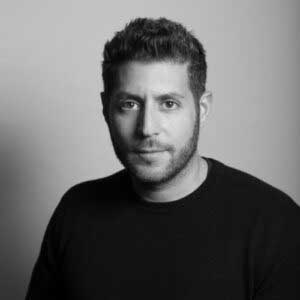 “Surface has always been about the printed word,” Lotenberg added. That being said, print is more and more becoming a luxury, and I anticipate more demand and anticipation for limited-edition and more coffee-table style publications.”

The connection fostered by luxury magazines, combined with the audience and aesthetic they frequently target has isolated them as one of the remaining holdouts of the print media landscape. While the struggle to adapt to digitization has consumed numerous media brands over recent years, many luxury outlets continue to lean on their strengths and continue to focus on the readers, and the style that they know best.

“Media is also becoming more niche, and in a sense becoming more about the audience; Surface continues to be for the design industry; and we’re planning to lean into that on all of our channels,” Lotenberg said.

It’s an unconventional take in a landscape filled with publications shifting in every which way to garner wider audiences and exponential pageviews. Rather than alter who they are in an effort to claw for highly-coveted advertising dollars, outlets like Surface Magazine are sticking to what they know best, catering to the industry that helped to build them. And hoping their content, the content that built their brand, will carry them into the future.

While it has been a slow death for many print media publications, the future is still very much unclear. And while the divergent approach that luxury publications like Surface Magazine have taken has kept them afloat, the future landscape of media consumption is one that is still to be determined.