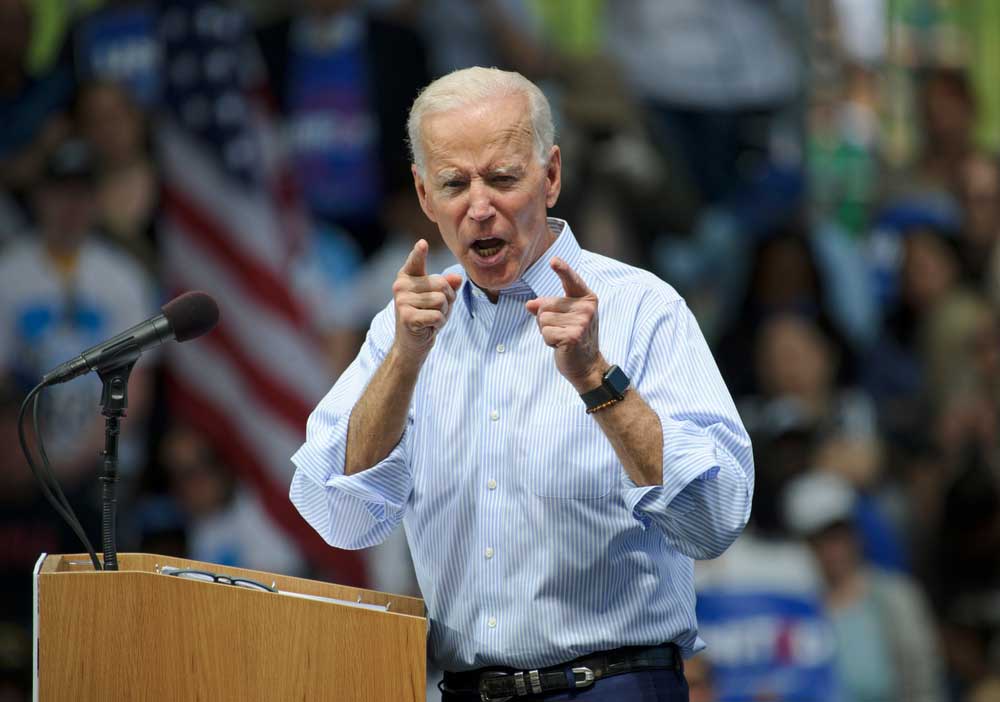 Joe Biden, Delaware’s favorite son, has according to the biased media, been designated the “President Elect” of the United States of America. At this point in time nothing is further from the truth. The media does not determine who wins our elections. American elections are certified by the states and then the United States Congress.

President Donald Trump is contesting the results of the election, claiming widespread voter fraud. The most devastating and seemingly nefarious is the claim of computer software, that was used to alter votes, in all of the battleground states. It is owned by a company called “Dominion” which has been used by the CIA to disrupt foreign elections. The CEO is on Biden’s transition team.

Folks, the operation that possibly compromised Two Million Seven Hundred Thousand Trump votes, turning them into Biden votes, if proven, could and should overturn the results of this election. For the record, there is historical and decided law about voter fraud, and indeed elections have been overturned.

If presented properly before the conservative U.S. Supreme Court, this election could be invalidated! If proven, this situation would constitute, not only fraud, but sedition, treason, and an attempt to overthrow the government of the United States through criminal activity. It may sound redundant, however the Federal charges that could develop are extremely serious.

The Democrats, the media, and the Trump haters all scream, “Show me the evidence!”— I agree. The evidence is apparently coming and according to my sources, is devastatingly huge and will show the American people that the election was stolen. There is evidence that has got many insider Democrat operatives squirming, as jail is a distinct possibility. The DOJ has launched a full criminal investigation.

The Democrats should not “count their chickens before they officially hatch!”

All this being said, being from Delaware, having actually run a county campaign against Joe Biden, the last time he ran for the United States Senate, having done extensive opposition research, I know more about Joe Biden than most people. What is so frustrating and ridiculous, in my view, is that Joe Biden does not have the character or the ability to be President of the United States.

So many voters have absolutely no knowledge of this man’s background and the reason is that the Trump campaign either didn’t do proper opposition research on Joe Biden, or if they did, certainly did not utilize it properly and expose the depth of this man’s dishonesty during the campaign.

The extent of Biden’s dishonesty is amazing, everything about the man is fake — indeed he is a serial liar. The criminal evidence against Joe Biden is real and it is being investigated. Folks, this is very possibly your next President of the United States. How can that be??

Below from the Delaware News Journal is Joe Biden’s speech in Wilmington in its entirety. It is so fake and so, so false it makes me cringe. Please read it, consider what I wrote, and let me know your thoughts. Knowing what I know, I can’t believe Joe Biden could be our next President?