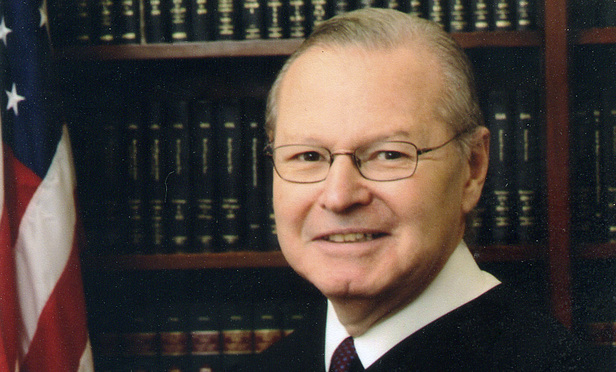 Below is an interesting overview of the TransPerfect Global case, adjudicated in the Delaware Court of Chancery by Andre Bouchard. What makes this article fascinating is that it was written by (Retired) Justice Melvin Schweitzer, the Judge who handled the case in New York Supreme Court, before the case went to Delaware and in front of Bouchard.

Before Justice Schweitzer hit the mandatory retirement age, he’d gutted Elting’s case and labeled it as “squabbles” — Then after losing in New York, Elting shopped the case to Delaware, where she found the Bouchard-Shannon duo… to turn “squabbles” into one of the most dangerous and controversial decisions in business-law history.

Even more interesting is that Justice Schweitzer has been openly critical of Chancellor Bouchard’s handling of what was “his case” — and called the result “extreme” in an interview with the Delaware News Journal. According to sources close to the case, Justice Schweitzer was so moved by Delaware’s handling of the matter, that he agreed to judge a moot court scholarship contest for law students who entered a competition set up by TransPerfect co-CEO, Philip Shawe — offering hypothetical arguments of appeal before the United States Supreme Court, where this controversial case may indeed end up.

A mock panel of Supreme Court Justices including Justice Schweitzer and Alan Dershowitz were among the panel members who determined the winners of the competition. This was an innovative and philanthropic idea by co-CEO Philip Shawe, who in my view has been unjustly damaged by Bouchard and the Delaware Chancery. Make no mistake, this is the greatest business injustice in Delaware, and possibly U.S. history as well.
In my opinion, the blood of every hard-working family left jobless, based on this unprecedented court intervention will be all over Bouchard’s hands. I pledge to profile each and every family for all of Delaware to see as to the significant massacre Chancellor Bouchard intends to create by his outrageous rulings. Perhaps in the near future they will be able to testify for his impeachment.

CHECK OUT THE ARTICLE BELOW

August 2, 2017, 11:53 AM EDT
In 2015, the Delaware Chancery Court ordered the sale of the translation services company, TransPerfect Global, as part of resolving a dispute between the company’s largest shareholders, Phil Shawe, Shirley Shawe and Liz Elting. The Delaware Supreme Court earlier this year affirmed the Chancery Court decision with one of five justices dissenting. In the aftermath of the TransPerfect decision, much remains open regarding how much deference the Chancery Court should give to directors to resolve internal disputes, and when a directed sale is an appropriate remedy. The Delaware Chancery is considered the gold standard among corporations globally, and for that very reason, many find it hard to consider the possibility that the court could occasionally be wrong. This may be one of those cases. To bring attention to the issue, Philip Shawe began a scholarship competition among law school students to publicly explore the case as if it were being challenged at the U.S. Supreme Court level.

The final oral arguments were heard on July 20 in Brooklyn before a panel of judges who also helped narrow the field of entry briefs to the final 10. Myself, retired Justice Carmen Ciparick, my former director of interns Joseph Hansen, and Harvard professor Alan Dershowitz served as the mock Supreme Court and we directed the moot court proceedings. Steven Hermosa, a recent graduate of the University of Florida, Levin School of Law, student turned in the top-scoring brief and had the best oral defense.

TransPerfect was started in 1992 by two New York University business school classmates, Philip Shawe and Elizabeth Elting, while they were still in school. The privately held Delaware corporation has 100 shares outstanding, 50 owned by Elting, 49 owned by Shawe, and one share owned by Shawe’s mother, Shirley Shawe. Though the corporate charter provides for three directors, Elting and Shawe have served as the only directors since 2007, and have managed the company as two equal shareholders.

Since 2012, despite the company’s successful performance for two decades, Shawe and Elting’s personal relationship deteriorated. Litigation between these principals ensued. The principal case was heard in the Delaware Court of Chancery, which ordered a sale of the profitable company. The Delaware Supreme Court affirmed the Court of Chancery, with one justice filing a lengthy dissent. This has now led to a federal court action by the Shawes, which raises alleged violations of the United States Constitution by Delaware’s courts and ultimately may reach the U.S. Supreme Court.

The Delaware Court of Chancery has broad statutory powers to address corporate deadlocks that it deems detrimental to corporate shareholders, employees and the corporation itself. The Court of Chancery may appoint a “custodian” if the business of the corporation is suffering or threatened with irreparable injury or if required action by the board cannot be obtained. The purpose of such intervention is to protect the company, and the means used to achieve that goal are required to be tempered to be the least intrusive possible.

Here, the Court of Chancery held a bench trial and found that both sides had engaged in “mutual hostaging.” Shawe, by not agreeing to large distributions demanded by Elting, and Elting remarkably exerted leverage over Shawe by refusing to exercise her fiduciary duty to act on important business decisions. The court found that the company’s business was threatened with irreparable harm even though it was extremely profitable. The court pointed to corporate morale, relationships with clients, and Elting’s refusal to agree on acquisitions. It appointed a custodian to be involved in managerial decision-making, but also to conduct an auction sale of the shares held by the Shawes and Elting. The Shawes remain unalterably opposed to selling their stock.

The Delaware Supreme Court affirmed the Chancery Court’s decision and declined to hear the constitutional argument advanced by Shirley Shawe that a forced sale of her share violated the due process and takings clause of the Fifth and 14th Amendments. Accordingly, the Delaware Supreme Court did not consider the constitutional safeguard that provides, “No person shall be … deprived of life, liberty, or property, without due process of law; nor shall private property be taken for public use, without just compensation.”

The principal “takings” argument is that Delaware defines stock ownership as personal property and that the forced sale over the Shawes’ objection deprives them of their rights to possess, use and dispose of their property as they see fit. Such sale is violative of the Constitution because it is for a nonpublic use, (i.e. breaking a deadlock is a decision of what is best for the corporation and its shareholders and employees collectively). Things like employee morale, customer uncertainty, and damage to the company’s reputation are private harms. No public purpose is involved. The U.S. Supreme Court has long recognized in cases involving real property/economically depressed areas (Kelo v. City of New London, 545 U.S. 469 [2005], Justice Anthony Kennedy concurring but urging that a legitimate public purpose be a fact-based test) and intangible property (Ruckelshaus v. Monsanto Co., 467 U.S. 986 [1984]), for example, that there must be a broad public benefit to sustain a taking.

To be sure, the “public use clause” is not satisfied simply when one person’s property is taken for the benefit of another private person, even if compensation is paid. Delaware’s argument presumably is that the state’s broad statutory power to regulate the internal affairs of the corporations that it charters is a “public purpose,” and that if it has the right to dissolve companies and approve the transfer of stock in a merger, then its public purpose surely extends to ordering the sale of stock in a deadlock situation adversely affecting one its corporations.

Shawe’s argument with respect to due process is that the Court of Chancery issued the sale order without proper notice. Due process is met where the state can show that a particular procedure bears the “sanction of settled usage.” Due process in any proceeding must be reasonably calculated to apprise parties about the legal remedies for a deprivation of property by the state. Here, the Shawes argue that the relevant provisions of the Delaware General Corporation Law failed to give the Shawes fair notice that the Chancery Court could exercise a power analogous to eminent domain in forcing them to sell their shares against their will.

Eminent domain cases in Delaware are heard in a different court — the Superior Court. Also, Section 226 only speaks of liquidating a corporation’s affairs and distributing its assets. Nothing in the statute contemplates the seizure and sale of an individual’s stock. Finally, as the lengthy dissent in the Delaware Supreme Court noted, the parties could not point to a single case in the history of Section 226 jurisprudence where a court ordered a custodial sale of shares over a shareholder’s objection. Along these lines, the Shawes argue that they could not have reasonably known that their property was in jeopardy of such a manner. Delaware, though, would argue that its statutory scheme, which allows dissolution of companies and hostile mergers, puts all shareholders on notice of the Chancery Court’s broad power to affect corporations, including forcing a sale.
Should the case reach the U.S. Supreme Court, the justices will have to weigh Delaware’s argument for its public-purpose “taking” against TransPerfect’s facts of shareholders in a highly profitable company being made to sell their shares because of corporate deadlock — even when the Chancery Court has less draconian remedies in its statute. As for due process, the justices will have to weigh Delaware’s argument that its broad corporate statutory powers amply put a litigant on notice that such a sale could have been reasonably anticipated as one of Chancery’s options, even though there is no express statutory provision authorizing such action and it has never been done before over the objections of a shareholder, as is the case here.

Author’s note: Some of the facts and arguments discussed in this analysis are based on excerpts from the briefs that were submitted to The Philip R. Shawe Scholarship Competition.

DISCLOSURE: The author is one of four judges for the The Philip R. Shawe Scholarship Competition, which is sponsored by one of the litigants in the case discussed and asked law school students to prepare the best argument for reversing the Delaware Chancery Court ruling.