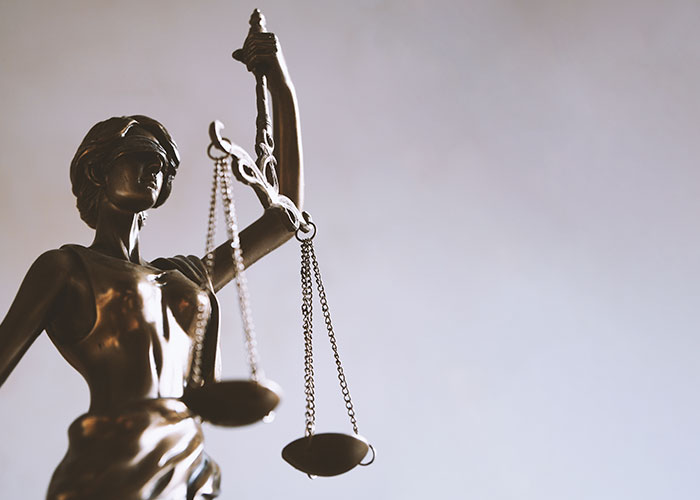 The TransPerfect hearing on Monday was a Snooze Fest that featured a ridiculous argument by Supreme Chief Justice C.J. Seitz’s former firm, Ross Aronstam. As a reminder, it was Seitz who saw fit to join Leo Strine and affirm the boondoggle TransPerfect auction discussion, even after he disqualified himself for conflicts of interest – TWICE – because he formerly worked for TransPerfect Chief Executive Philip Shawe.

Sadly, the unjust history of TransPerfect looks primed to continue repeating itself.

Also sadly, I will never get that two hours of my life back. The arguments that the Ross Firm advanced were so infantile that they could only be presented in a Kangaroo Court. In sum, even though TransPerfect was the “client,” the Ross firm said it could take orders that harmed TransPerfect if that’s what Custodian Robert Pincus told them to do. If this logic was correct, Pincus could have wired himself $25 million and the company’s lawyers would have said, “That’s OK, as long as you say it is, because you’re the court.” Crazy!

At stake?? The perverse rulings continue! Like those in which the Chancery gifted Skadden $3.4 million in fees, just in 2021 alone! Of course, this amount is impossible to justify, and folks, I see it as court-assisted highway-robbery!

Of course, these are bullshit arguments that what the firm did was legal because Pincus told them to do it.

“Why’d you do it?! Because Pincus told you to do it?!” That’s the Ross position.

Attorneys have a duty to their client – it is the oldest rule in the book. Let’s see if McCormick upholds it or contorts it.

I did my best to explain the issues. Let me know how I did. All Feedback is appreciated. my friends!

In TransPerfect Global’s malpractice case against Ross Aronstam & Moritz, both parties have filed motions to dismiss, but each argued against the other’s during a virtual hearing Monday afternoon.

It’s rare that both sides of a case want dismissal without any kind of settlement, and even more so when that commonality results in a hearing over 90 minutes.

But that’s what has transpired in TransPerfect Global’s malpractice case against Ross Aronstam & Moritz. Both parties have filed motions to dismiss, but each argued against the other’s during a virtual hearing Monday afternoon.

TransPerfect in January filed its malpractice complaint “against its will and in violation of its right to select the proper forum in which to have its claims heard.” The New York-based company stayed its case making the same malpractice allegations and filed earlier in New York when Ross Aronstam moved for TransPerfect to be held in contempt for violating a court order.

It all connects to the long-pending custodianship case, also in the Court of Chancery and before McCormick, through which TransPerfect was sold in 2015. Ross Aronstam was hired by TransPerfect custodian Robert Pincus, formerly an attorney with Skadden, Arps, Slate, Meagher & Flom. David E. Ross argued Monday Ross Aronstam was bound by court order to report to the custodian, claiming there’s “obvious absurdity” in the points TransPerfect has made.

“Nowhere in the briefing do you see any case from any jurisdiction citing a case where complying with a court order is malpractice,” Ross said while arguing for his motion to dismiss. ”Their quarrel is not with us. Their quarrel is with the regime that is set up by the court order.”

But Douglas Capuder of Capuder Fazio Giacoia argued for TransPerfect that the defense position that Ross Aronstam was bound by court orders is exactly the type of limitation covered by conflict of interest rules, and the firm should have gotten consent to proceed in light of that conflict.

When McCormick asked whether the engagement letters from the time Ross Aronstam was being added into the custodianship case qualified as consent, and Capuder said the cases in question aren’t the type that would be waived with those.

Offit Kurman attorney Frank Noyes, also arguing for TransPerfect, said there’s nothing that would prevent the TransPerfect sale from going forward if the malpractice claims against Ross Aronstam are also being pursued.

“Ross Aronstam is seeking, in our view, to shoehorn its way into the jurisdiction of the Chancery Court,” Noyes said. “These are two separate cases. The cleanup doctrine is being overused to try to bridge that gap … RAM is asking this court to obtain jurisdiction over a purely legal matter.”

In August 2020, TransPerfect filed its case against Ross Aronstam in Manhattan Supreme Court, claiming malpractice and breaches of fiduciary duty based on representation of TransPerfect throughout the sale process in the custodianship case. The firm, TransPerfect argued in that case, was conflicted in representing both the company and, in 2017, Shirley Shawe, TransPerfect CEO Phil Shawe’s mother and a 1% owner of TransPerfect.

By the end of 2020, Ross Aronstam had taken the issue of contempt back before the Delaware court, filing a contempt motion in the custodianship case claiming it was a violation of the release conditions in Bouchard’s earlier order for TransPerfect to file additional cases relating to the custodianship.

Then-Chancellor Andre Bouchard denied the contempt motion in mid-April in a decision stating he was giving TransPerfect the benefit of the doubt for staying its New York case while the motion was under consideration and filing the malpractice suit in Delaware—signals the company was attempting to mitigate noncompliance.