Will Delaware Chancery Court’s Andre Bouchard be Replaced by Kathaleen McCormick, Nominated as First Woman to Serve as Chancellor? 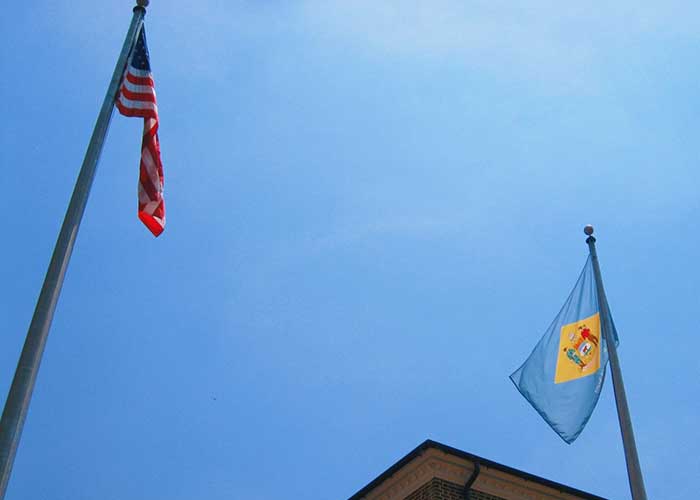 Congratulations to Vice Chancellor Kathaleen McCormick, who has been nominated by Delaware’s Governor John Carney to be the first woman, if confirmed by the Delaware Senate, to serve as the next Chancellor on the Delaware Court of Chancery.

Calling Chancellor Andre Bouchard’s 5-year reign an unethical trainwreck is an understatement in my opinion. Folks. I’ve intensely covered most of Bouchard’s tenure and I have indeed learned that his subjective rulings indirectly violated and plundered workers, enabling him to overstuff his pals pockets — and not just, in my view, his despicable and incompetent handling of the TransPerfect case — but many others as well. As I have said many times before, the job of a Delaware Chancellor is to provide fairness and equity, not to make rich his legal friends who litigate before him.

According to my research, Bouchard has been implicated in perceived, unethical conduct and appearances of impropriety, no less than 3 times in his career. Plus, if you count his “court-appointed” custoidan buddy from his former law firm Skadden Arps, Bob Pincus, whose billings are suspicious, and Jennifer Voss who represents Skadden Arps, trying to get paid for creating invoices – that number is so large, it is probably incalculable.

Worse than the perceived, upsetting stench of bias that Bouchard leaves in his wake, is the still unresolved issues that are extremely disturbing — some of which this, as I see him, failed Jurist should rule on before leaving office.

I am hopeful Kathaleen McCormick will lead Delaware to a better place and restore integrity and objectivity to the Chancery Court that Andy Bouchard is soon leaving.

My opinions and that of the Coastal Network and are based on my research and observations over the years. Others – connected to the Delaware operation and legal community – who wish to maintain the “Status Quo” may have a different viewpoint.

Please read the articles below from Delaware Business Times and Delaware.gov. As always your comments are welcome and appreciated

Carney taps McCormick, Will for Chancery

If confirmed by the State Senate, McCormick would become the first woman to lead the Court of Chancery, the non-jury court that is home to some of the nation’s most contentious and sensitive business cases.

Bouchard, who has served nearly six years in the top Chancery seat, is retiring as of April 30. During his tenure, Bouchard oversaw the expansion of the Court of Chancery from five to seven officers to hear a growing caseload.

McCormick and the governor have a prior connection, as Carney nominated her to serve as vice chancellor in 2018. Previously, she was a partner in Wilmington at Young Conaway Stargatt & Taylor, where her practice focused on commercial, corporate, and alternative entity litigation in the Court of Chancery.

“Vice Chancellor McCormick has the experience and good judgment necessary to serve as the next Chancellor of the Delaware Court of Chancery, and make sure Delaware’s preeminent business court is well prepared for the future,” the governor said in a tweet announcing the picks.

To backfill the vice chancellor opened by a potential McCormick promotion, Carney has nominated Wilson Sonsini Goodrich & Rosati attorney Lori W. Will. She has focused on corporate, commercial, and federal securities litigation, especially in the Court of Chancery, during her more than four years at the firm. Before joining Wilson Sonsini, Will was a senior associate in the litigation department of Skadden, Arps, Slate, Meagher & Flom LLP and served as a law clerk to then-Vice Chancellor Leo E. Strine Jr., who would later serve as chief justice of the Delaware Supreme Court.

With the Court of Chancery being the home venue to the legal disputes for the state’s more than 1 million legal incorporations, any appointments to the bench are scrutinized by corporate America. It is the judges, who are expected to have a large degree of business litigation experience, and not juries who hear the cases that involve shareholders, executives, and corporate boards.

The nominations were among a slate of judicial candidates offered by Carney on Friday afternoon, but Bouchard’s replacement was the fourth high-profile judicial appointment in about a year for Carney, who has already faced criticism from outside voices over the makeup of the state’s judiciary.

Throughout the latest appointment decisions, the Citizens for a Pro-Business Delaware (CPBD) advocacy group has lambasted the state’s lack of diversity on its top courts and even drawn the attention of civil rights leader Al Sharpton. The CPBD is bankrolled by Phil Shawe, the president and CEO of TransPerfect, a translation service company that was the center of a bitter 2015 Court of Chancery case between Shawe and his ex-wife Liz Elting overseen by Bouchard.

Despite their public push, including the purchasing of ads in The News Journal and on local radio, Carney’s nominations would, if confirmed, continue an all-white judiciary on the Court of Chancery. The governor did nominate Reneta Green-Streett to serve as a Superior Court judge in Kent County, where she would be the first Black woman to do so.

In a statement issued shortly after the picks were announced, State Senate Judiciary Committee Chairman Darius Brown said the “judicial nominations put forward today by Governor John Carney will bring much needed racial and gender diversity to the Delaware Judiciary … He deserves tremendous credit for this historic progress, and I look forward to confirming these eight highly-qualified and well-vetted nominees later this month.”

WILMINGTON, Del. – Governor John Carney on Friday announced a series of judicial nominations, which will be sent to the Delaware Senate for consideration:

Lori W. Will will be nominated as Vice Chancellor in the Delaware Court of Chancery, to replace McCormick. Will is a partner in the Wilmington office of Wilson Sonsini Goodrich & Rosati, where her practice focuses on corporate, commercial, and federal securities litigation.