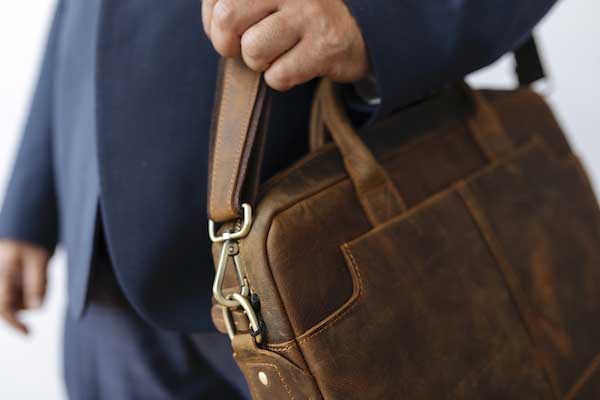 Look at this Bloomberg Law story below, folks. Once you understand the reality, if it doesn’t piss you off, I don’t know what will. This is the way it appears to me: Apparently former Chancery Court Chancellor Andre Bouchard got filthy rich on the backs of workers and shareholders? It’s outrageous and it should make you mad, and it sure angers me.

The main issue is the hypocrisy of Andre Bouchard who did all he could in my opinion to flood the Chancery Court with disruptive litigation involving insipid, non-complete voting proxy information, when he was in private practice, but when he became a judge, so much of his adjudication in my view, required certain presentations to be “plainly material” rather than the supportive material, which was officious and over-burdened the overall court operations. However, once he was a judge, Bouchard’s “material requirements” were, as I see it, just another way to reward his cronies because it was specific in his direction how to proceed, as happened in the billing disputes in the notorious TransPerfect case?

As far as I can tell, this man’s business experience before being a judge was running a 5-person law firm, which was the business equivalent of an ambulance chasing a plaintiff’s firm. How did Delaware ever consider this man competent to make decisions affecting thousands of workers? One reason is, the vetting process was non-existent and the appointment process is political. I think the whole Senate hearing on Bouchard lasted about 15 minutes?

While the article is complicated, the main point is that through legal angles used by many Delaware lawyers to pump up their financial achievements to the max, amounts to a TAX—a litigation tax, “Pay a Lawyer Tax”, when litigation should not be necessary, indeed helped along by Bouchard when he was in private practice and made into a material evidence requirement when he became Chancellor? Just more of the “Delaware Way”, folks!

Let me know your thoughts on this and keep the feedback coming! I always appreciate all of your support and kind words, especially so over the past month.

The number of merger and acquisition-related lawsuits claiming a merger proxy sent to public stockholders omitted material information will continue to increase—especially in the SPAC era, Vinson & Elkins’ Michael Holmes predicts. They unnecessarily clog already busy courthouses and act as a “litigation tax” on companies and stockholders, he says.

In recent years, the vast majority of mergers and acquisitions of public companies have been subjected to not just one, but multiple lawsuits claiming that the merger proxy sent to public stockholders omitted material information. Our experience in the SPAC-era suggests that the incidence of these cases will only increase.

Certainly, there is nothing wrong with seeking judicial redress for legitimate allegations of inadequate disclosure or unfair process (and indeed we litigate and try many such cases). But most of these cases are unoriginal, regurgitating the same laundry lists of alleged omissions from one case to the next.

Their ubiquity calls into question the legitimacy of all suits challenging a merger, meritorious or not. Worse, they unnecessarily clog already busy courthouses and act as a “litigation tax” on companies and their stockholders. Reform is needed.

Yet, the suits remain prolific. Up until a few years ago, these cases were most often resolved through an early settlement in which the defendant company would make additional disclosures and pay attorneys’ fees approved by the court (often in the mid-six figures) in exchange for a release by the plaintiff on behalf of all other stockholders of claims relating to the transaction.

Though subject to confirmatory diligence by the plaintiff and court approval, these settlements were nonetheless viewed with skepticism. As recognized by a 2014 New York trial court opinion in City Trading Fund v. Nye, defendants agreed to these settlements not because the claims had merit, but because settling almost always cost far less than the amount required to litigate and it removed any risk, however remote.

Fed up with the proliferation of these lawsuits and their pernicious effects, Delaware’s Court of Chancery (once the primary forum for these cases) adopted a heightened standard for reviewing settlements in 2016. In In re Trulia Inc. Stockholder Litigation, Chancellor Andre Bouchard required that additional disclosures be “plainly material” rather than simply additional helpful information in order to warrant payment of the plaintiff’s attorney’s fees. Trulia had the desired effect of rendering such lawsuits almost extinct in Delaware.

Unfortunately, Trulia did not stop the lawsuits from being filed elsewhere. Though the fees paid to plaintiffs’ counsel are now less than they used to be and though a smattering of courts, such as the New York opinion referenced above, have rebuked these lawsuits, they continue to flourish.

A recent study by Cornerstone Research reflects that more than 80% of public M&A transactions announced in 2018 were subjected to more than one of these sorts of lawsuits, and my personal experience suggests that number has grown, particularly with the increase in public M&A deals caused by the recent SPAC phenomenon.

As for the most popular forum, it’s federal court, where more than 90% of all such lawsuits are now filed, asserting the same sorts of alleged omissions as were asserted in Delaware only under the federal securities laws (as opposed to the fiduciary duty claims asserted in Delaware).

Today’s resolutions almost never require court approval. Cases are resolved through out-of-court “mootness” settlements in which the defendant makes some additional disclosures and then in some cases pays the plaintiff’s lawyer a so-called “mootness fee.”

Reform is necessary, and there are many ways to do it. Perhaps the easiest would be for the federal courts to require approval of any mootness fee under a uniform, heightened standard akin to Trulia.

A recent Southern District of New York opinion issued in connection with Energy Transfer LP’s acquisition of SemGroup Corp. (a case in which my firm represented the defendants) denied any fee in connection with mooting disclosures based on the court’s finding that disclosures of the sort plaintiffs regularly seek in these cases do not impart a “substantially benefit” to stockholders.

In that case, however, the defendants had to contest the fee request to obtain redress, which many defendants understandably elect not to do based on a cost-benefit analysis. If federal courts made such review mandatory, it would likely lessen the incidence of these cases just as Trulia did in Delaware, while at the same time protecting colorable claims. There is some precedent for this approach in how we currently treat derivative lawsuits, the dismissal of which requires court approval.

Assuredly, there are many options that could further limit filings, including requiring a plaintiff verify complaints under penalty of perjury, providing justification for the voluntary dismissal of such lawsuits, and lowering the bar for defendants to obtain an award of attorneys’ fees with respect to lawsuits deemed to seek only additional, immaterial information.

This column does not necessarily reflect the opinion of The Bureau of National Affairs, Inc. or its owners.

Write for Us: Author Guidelines

Michael Holmes is vice chair-elect of Vinson & Elkins and serves as the co-head of its Complex Commercial Litigation practice. He is also a member of the firm’s management committee.