Bruce Charet – A Profile of his Work 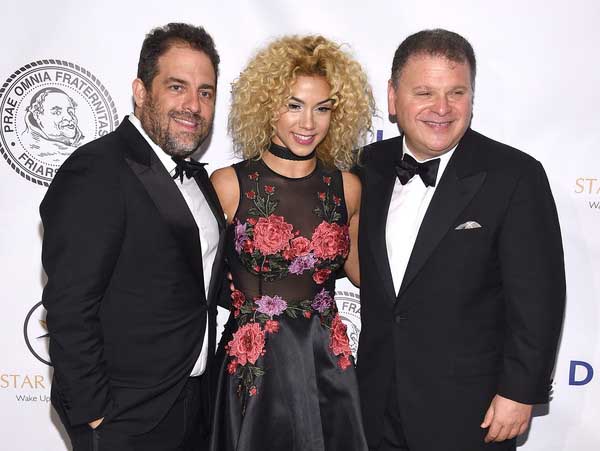 Bruce Charet, scribe at the Friars Club, is famous for his multitude of connections in show business. Commonly known as the showbiz historian, Bruce is a New York native who graduated in 1981 from Poly Prep Country Day School and subsequently attended The City College of New York. He embarked on a career in show business at an early age and, to date, has been very successful in his endeavors.

Bruce Charet has worked for big-time companies such a William Morris Agency – a Hollywood-based talent agency that represented some of the best known 20th-century entertainers in film, television, and music. It was regarded as the first great talent agency in show business. One of his very first assignments was managing top-charting pop singer, actress, and vocalist Connie Francis at aged just 21 years old.

He subsequently was employed in roles with CBS the American-English commercial broadcast television and radio network, and the American entertainment company Warner Bros. Entertainment Inc. – commonly known as Warner Bros. He is currently the president of Bruce Charet Productions, a company which he established in 2010.

In Bruce’s time as a producer, he has become well known for his successes with animated features. He was a co-executive producer on Bigfoot Presents: Meteor and the Mighty Monster Trucks, an American-Canadian animated television series that ran from September 23, 2006 to October 11, 2008 on Discovery Kids. The show was based around the fictional adventures of trucks that had the personalities of young children. The show was so successful that in 2007 it was nominated for a Daytime Emmy Award in the Outstanding Special Class Animated Program category.

A further significant production Bruce Charet was involved with was the Broadway-bound musical adaption of the Rat Pack film Robin and the 7 Hoods. The original 1964 gangster comedy, which starred Frank Sinatra, Dean Martin, and Sammy Davis Jr, is a take on the Robin Hood legend that is set in 1920’s Chicago. Bruce Charet took on the role of Executive Producer working alongside lyricist Sammy Cahn, composer James Van Heusen, and costume designer Gregg Barnes.

The musical rendition differed from the original story in several notable ways, including being updated to the early 1960s. Bruce said of the musical, “The intersection of the sexual revolution and the Camelot years will come to life every night on our stage. That moment in time, which personifies ‘cool’ is at the heart of our show and, thankfully, we have the wonderful songs by Cahn and Van Heusen, which so eloquently express all that make that period unique.”

Alongside his TV, film, and theater commitments, Bruce has additionally served as Executive Producer of some of the more memorable Friars Club events. One such event that made show biz history honored the 100th birthday of the legendary Frank Sinatra. Frank himself was Abbot of the historic Friars Club from 1975-1996. It took place at the Pierre Hotel, and performers that stood up in front of the 400-strong audience included Dionne Warwick, Wayne Newton, Steve Tyrell, and Robert Davi.

In addition to his career as a producer, Bruce is also actively committed to pro bono and charity work, much of which is done for the Friar’s club. However, he was also actively involved in the Jewish Historical Society Dinner Honorary Committee of 2016 and Homeward Bound Telethon of 2013.

Overall, Bruce Charet has enjoyed an exciting and varied career tackling everything from management to involvement in the production of animations, films, and Broadway theater. His success has allowed him the opportunity to establish his own company and continue on in the role that he both enjoys so much and does so well.