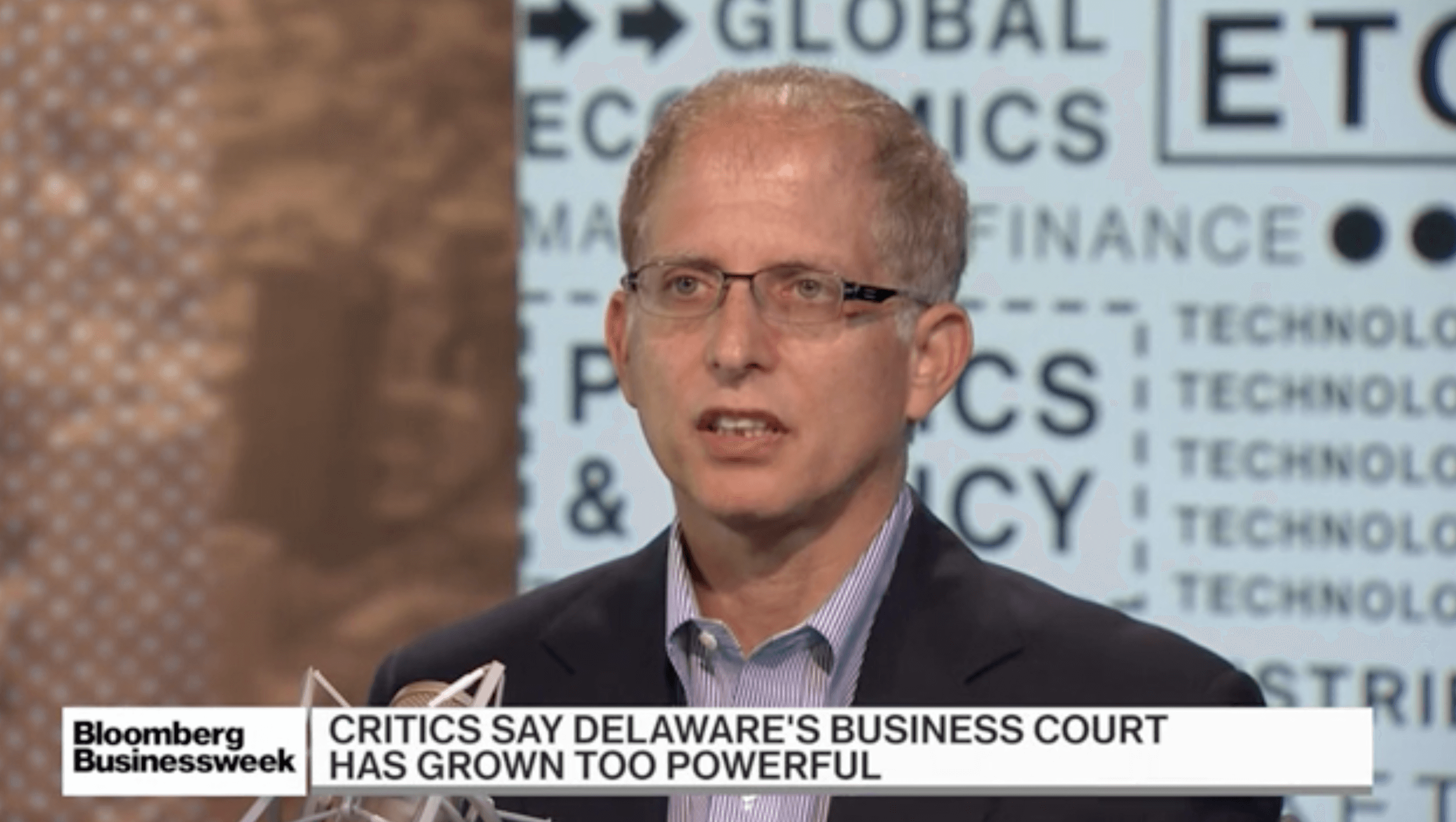 In this segment, which aired on Bloomberg Businessweek in September 2016, correspondents discuss the controversy surrounding the Delaware Court of Chancery’s ruling to dissolve TransPerfect in order to resolve a shareholder dispute.

TransPerfect is a financially healthy company posting record revenues and profits despite the ongoing litigation in Delaware.  Chancellor Andre Bouchard’s decision was based on Section 226 of the Delaware Corporate Code.  The ruling was met with a massive response by TransPerfect employees who–unaware of any irreparable harm–continue to fight for the company’s survival.