Impeachment Sham and the End of the Democrat Party as We Know it! 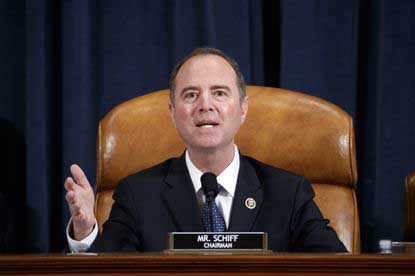 Before proceeding to the point of this article, it is necessary to provide some explanation as to how and why I think the way I do, hopefully, to establish extensive credence to this dissertation. I have been an active political pundit and operative for many years. I consider myself a reasonable man with an educated understanding of the law and the political process. I would consider myself a social moderate and a fiscal conservative if indeed I was to be categorized in some way. I pride myself on doing extensive research on the things I write about and I do my best to share my opinions based on the logic and history that I have gleaned, relative to the specific situation.

Frankly, folks, I thought I had seen it all both nationally and in my home state of Delaware, however, the lack of logic, the rush to judgment, the absurd endeavors of certain powerful people in the Democrat party and some appointed to omnipotent positions (prosecutors, Judges, lawyers, surrounded by conflicts of interest) who clearly, in my view, intentionally corrupt the system even within a democracy, simply because they can, especially when they are legally protected by layers of a huge bureaucracy tainted by complacency and cronyism.

I believe many of these same people, if they were allowed to operate with power and impunity under a different political system, such as socialism/communism, a monarchy, or a malevolent dictatorship, would take that authority to another whole level, using incarceration, torture, and execution as tools to maintain their control and power. Throughout history, this has happened in all nations. Indeed corruption and injustice continue to happen, and yes I believe it is happening again right now nationally in this absurd impeachment process.

This all being said, and admitting that I am a Republican, I must say that political partisanship has gone to a whole other level within the leadership of the Democrat party, where I have clearly witnessed acute bias, fanatical theories, extreme hatred, obvious prevarication, arrogance, inequities, and injustice.

Now let’s briefly move to the national scene where Democrat bias is beyond belief. This impeachment of President Donald Trump is unprecedented in American history. This is pure corruption, right in your face. Intelligence Committee Chairman Adam Schiff and Judicial Chairman Nadler are without a doubt the most corrupt, unfair, unscrupulous idiots I have ever witnessed in my entire life. Folks in any congressional investigation, public hearings, and so on, both sides are to be afforded equal opportunities under the law. Every motion, every question by one side should be openly considered and provided equally, especially in the process of impeaching the President of the United States.

The Democrats are railroading President Trump based on hearsay, presumptions, and political bias. It is so obvious to any objective observer it is pathetic. Not only that, when a former Vice President (Joe Biden) extorts the firing of a Ukrainian prosecutor who was investigating his son in return for receiving a billion dollars in aid, is truly an illegal “Quid Pro Quo” situation. Trump had every right to ask for an investigation of this apparent corruption.” Ah, but the Democrats are using their position of being in control of the house to organize a coup to unseat a duly elected President of the United States by 63 million people.

Folks, I don’t know where it will all end up in the long run. I have many Democrat friends who are shocked and appalled by the unfair way this impeachment situation has been handled. Unfortunately, I see that the Democrat party has lost its way, and has become tainted with a lack of honesty, integrity, and reality. As a result, I believe Trump will be vindicated by the Senate and will go on to win the Presidency again by a landslide in the electoral college. Likewise, both houses of congress will be taken over again by the Republicans, giving American citizens the real opportunity for continued prosperity for years to come.

As ALWAYS, your comments are welcome and appreciated. I imagine I may get some heat on this one. Bring it on.