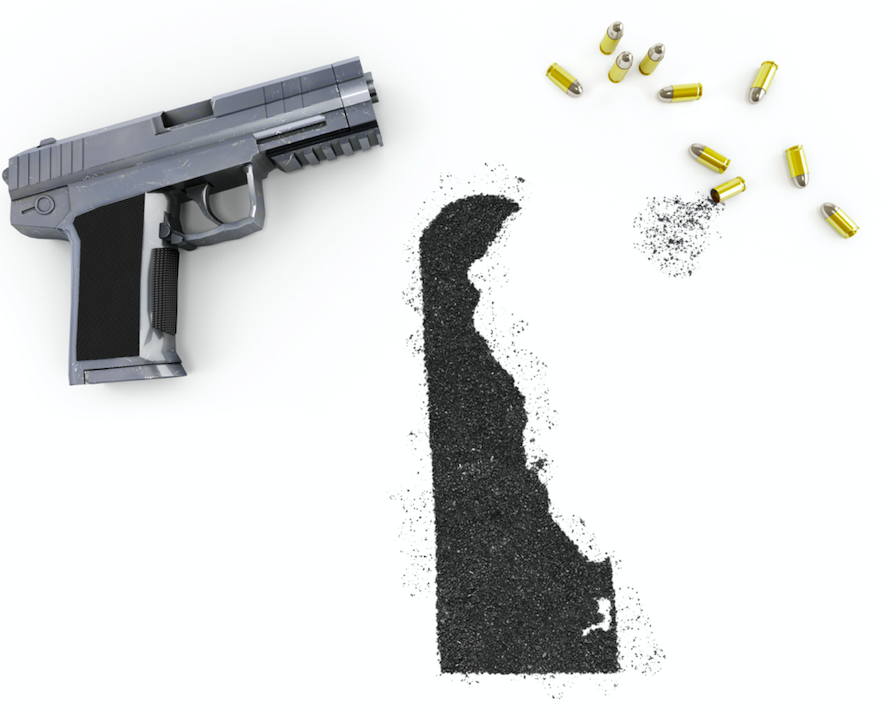 As the United States continues to discuss race relations and policing in the wake of the death of George Floyd, it is important to not only analyze the problem at a national level, but as a systemic issue in the states as well. In Delaware, corruption and mismanagement have created an environment in which policing disproportionately targets people of color, and rather than address the issue, Governor John Carney has made the system worse.

Since 2005, Delaware police have shot 56 people, and 48% of the victims have been Black. This is concerning considering that only 21% of the state population is Black. Many of these shootings have happened in situations where the use of force was questioned. In January of this year, Delaware police fatally shot Brandon Roberts, a Black man who suffered from mental illnesses including bipolar disorder. Roberts was having a mental breakdown when the police were called, and while he was holding a knife, the violent response from the police has garnered major criticism. This was a situation that likely did not have to end with death if the police who arrived were better trained to de-escalate the situation. Regardless, the police were cleared in the shooting. Laws frequently grant police immunity in cases like this, and Delaware state laws make punishing officers for alleged brutality notoriously difficult.

One of the most unfortunate of these incidents is the 2015 fatal shooting of Jeremy McDole, a 28-year old paralyzed Black man. McDole, who was paralyzed from the waist down and confined to a wheelchair, was gunned down by Officer Joseph Dellose from the Wilmington Police Department and his three colleagues. Footage from the scene and an incident report showed that Officer Dellose shot at McDole two seconds after ordering him to put his hands up, triggering his fellow officers to turn their weapons on the victim. Although the report heavily criticized Dellose’s actions, he was not charged with any crime.

The loophole in McDole’s case and that of 30 other victims of police lies in the 70-year old Delaware law that permits officers to use deadly force if and when they believe it is necessary. This archaic law is highly subjective and technically justifies unnecessary acts of brutality committed by police in the pretext of “feeling threatened.”

The Attorney General Office and Police Union in Delaware have done little to protect citizens and victims from the brutal acts of the police force. In fact, they have sided with all the perpetrators in the reported incidents, citing the archaic law as their justification for failing to prosecute involved police. Besides a rigid attachment to the old law, falsification of reports in some of the investigations has also plagued the force.

Governor John Carney’s administration has been accused of failing Delaware’s Black residents. Under Carney, Black people make up 60% of the inmates in Delaware prisons. Meanwhile, only 15% of state judges are Black. This leads to disproportionate punishments for Black offenders compared to white offenders. In 2019, Carney and the all-white Board of Pardons pardoned Barry Croft, a white man arrested for felonious firearms, burglary, and assault charges. After his pardon, Barry Croft was recently arrested in connection with the October plot to kidnap Michigan Governor Gretchen Whitmer. Under Carney’s watch, Black inmates are forced to remain in prison, often for lesser offenses. This is particularly troubling given the COVID-19 pandemic, which Carney has also been accused of mishandling. Prisoners are not given adequate supplies to remain safe during the pandemic.

Delaware has an issue with its criminal justice system, and Governor John Carney is making it worse. Police are allowed to use lethal force without fear of repercussion against Black residents, and they are allowed to work in instances in which they fail to even consider other de-escalation methods. Meanwhile, Black residents in Delaware are given harsh prison sentences while dangerous white offenders are pardoned. It is a system that impacts the lives of Delawareans and is one that needs to be addressed.