Skadden Arps Taken To Task for Lack of Diversity in New York, After Being Called Out in Wilmington Last Year 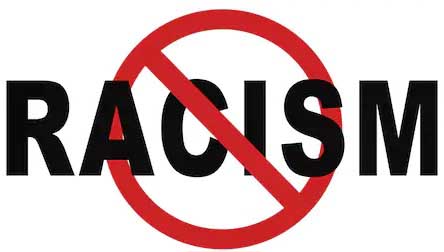 Over my years of coverage, I’ve talked with many TransPerfect employees who think the Chancery’s decision was racist. They point to Custodian and Trustee Robert Pincus holding the pay of the only 2 Corporate-Level Executives who were minorities, and those minority executives having had to sue (successfully) for their pay that Pincus held back.

So I’m no Sharpton fan, but our Delaware leadership letting their Good Old Boys Club of Skadden Arps violate and pillage millions from these workers for years is coming home to roost. We have some very specific bad actors on the Delaware Bench and Bar, and they cloaked in Judicial Robes or Immunity—and they abuse their power and privilege.

Let me know how you think allegations of racism impact the Delaware Courts and their Skadden feeder system, which brought in Leo Strine, Andre Bouchard, Robert Pincus, and Jennifer Voss.

The Rev. Al Sharpton laced into an overwhelmingly white Manhattan-based law firm on Wednesday, accusing it of paying lip service to diversity with its fellowship program.

Sharpton’s criticism marked the latest broadside in a long-running campaign he has waged against the firm. In a statement in 2020, he said Skadden had “appallingly low levels of diversity.”

Skadden, which includes an image of the Martin Luther King Jr. memorial in a slideshow on its website, boasts on the page of making “far-reaching” efforts toward diversity and inclusion.

But Sharpton described his dismay at the persistent lack of Black lawyers in leadership at Skadden. The firm’s New York office has 106 white partners, six Latino or Latina partners, four Asian partners, and one Black partner, according to data compiled in the NALP Directory of Legal Employers.

In a letter earlier this month, Sharpton urged a trio of nonprofits — the American Civil Liberties Union, the NAACP Legal Defense and Educational Fund, and the Brennan Center for Justice at NYU — to reevaluate their relationships with the Skadden Fellowship Foundation, a three-decade-old program.

“If the data is what the data is, they need to correct it,” Sharpton told the Daily News. “Or people need to step away.”

None of the three nonprofits immediately responded to requests for comment for this story.

Kathleen Rubenstein, executive director of the fellowship program, and Eric Friedman, the firm’s executive partner, replied to Sharpton in a letter dated Nov. 9, saying that they were “surprised and disheartened to receive” his letter, adding that it “appears intended to undercut the Foundation’s mission.”

“The Skadden Fellowship community has been — and continues to be — diverse in every sense of the word,” the letter said.

The pair acknowledged in their letter that Skadden has “considerable work” to do to improve its diversity, but added that the firm “has made substantial progress.”