The Delaware Way: Is Biden’s Home State A Hotbed Of Cronyism & Corruption? 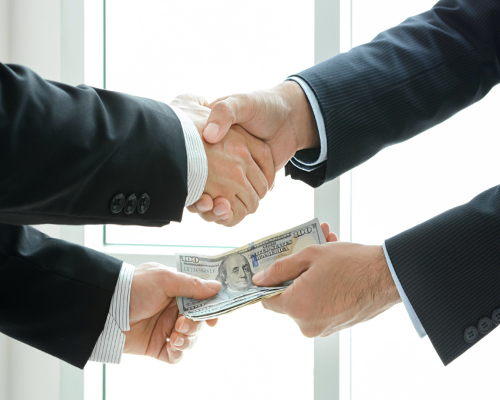 How exciting for the Coastal Network. It is such a pleasure to have a new and exciting conservative outfit, interested in the truth, called Blabber Buzz, that has joined me in exposing corruption in Delaware. This company reaches millions, and they have taken up the mantle along with others. Folks, what happened in the Chancery Court in regard to TransPerfect and its owner Philip Shawe, was in my view, nothing more than grotesque misuse of an established legal system to feather personal nests rather than serve justice.

Simply put, all the Delaware Codes, clearly written in all the Delaware law books, throughout its entire legal system, read as such: “The appearance of an impropriety must be avoided at all costs, as the appearance of an impropriety is as bad as the impropriety itself.” These are words that former Chancellor Andre Bouchard apparently did not understand, especially in the TransPerfect case that is still ongoing with concerns of continued corruption and excessive billings being rubber-stamped in Kathaleen McCormick’s court?

The word is out folks, the people are wondering, and other news agencies are picking up on the corrupt “Delaware Way.” Please read the interesting article below that recaps much of what I have been reporting on for a few years now. Thank you, Blabber Buzz!

The Delaware Way: Is Biden’s Home State A Hotbed Of Cronyism & Corruption?

BlabberBuzz has been diving into America’s so called, First State – the home of Democratic President, Joe Biden and a hotbed of questionable practices that lead many to think of the word corrupt – or Swamp.

Last month, BlabberBuzz brought you the story of TransPerfect and their fight against the Delaware Chancery Court, a State entity that oversees corporate disputes. Today, we follow up with the facts about two of the key players who seemingly colluded to bilk millions of dollars from a viable company, the judge who ordered a thriving company broken up, and his hand- picked ‘custodian’.

As you recall from the TransPerfect story, the company was in the midst of an internal dispute amongst its partners when a New York based arbitrator sent the case to the Delaware Chancery Court. The company was in good standing, making solid profits, paying their taxes and growing, and yet the questionable decision to mediate this in a Court was made nonetheless.

The judge who presided over the decision to literally sell the company was named Andre Bouchard, and he has been the subject of much criticism and accusations of cronyism and corruption several times. In fact, as recently as April a Federal Judge ruled Bouchard was guilty of enabling a law firm he was once employed with to steal $44 Million in ‘fees’ from TransPerfect during the sale.

But Bouchard’s questionable actions do not begin to tell his story.

Andre Bouchard was the Chancellor of the Delaware Court who was frequently accused of corruption. Bouchard repeatedly undermined the privilege of the Court through backdoor deals and rubbing elbows with politicians rather than focusing on benefiting local corporations.

In one of the more widely known cases from earlier this decade, shareholders were suing Walmart over wrongdoing in their Mexico operation and had been turned away by an Arkansas court. A second group of shareholders took the case to the Chancery where Bouchard presided and upheld the Arkansas dismissal citing the Arkansas case as precedent – even though it was not the same plaintiffs and the accusations were slightly different.

Basically, Andre Bouchard said that the earlier dismissal by an Arkansas judge of a ‘nearly identical’ lawsuit by another group of shareholders precluded the Delaware case from going forward. The fact is, the word nearly means the suits were not identical in a legal standard and the Judge simply made the case go away.

Walmart is based in Arkansas and it is often alleged that the state infrastructure widely supports the mass employer of state workers.

The dismissal was a shock, and hurt major state pension plans in California and New York and was rumored to have been a judgement based on cronyism rather than law. In fact, in 2017 the Delaware Supreme Court gave at least a temporary reprieve to the shareholder suit that was accusing Walmart board members of breaching their duties in response to allegations of bribery by corporate executives in Mexico. Essentially, a higher court ruled that the case should not be dismissed so readily and sent the case back to the Chancery.

Bouchard, for his part even tried to recommend a new rule that seemingly would have backed up his earlier, easy and swift dismissal of the Walmart case, but again a higher court rejected his recommendations.

We can literally write a book about the life and times of Chancellor Andre Bouchard and his rulings that have been deemed questionable – the fact remains he was a central figure who was in a position to personally benefit from the rulings he made, especially in the TransPerfect case. Bouchard ordered the company sold and appointed an attorney from a firm Bouchard worked for before his time on the Chancery court, and allowed them to systematically bill the company $44 million dollars for the privilege of being sold against their will.

Did Bouchard profit from the deal? A key shareholder and mother of the owner and CEO seems to think so – and she is not alone. In fact, this entire ordeal ties into Joe Biden as well.

Shirley Shawe took out a campaign ad during the 2020 presidential election tying now President Biden to the corruption of the Chancery court in his home state. In an interview with the DailyMail.com, Ms. Shawe said “‘I was a personal victim of ageism, sexism, and corruption at the hands of Delaware Chancellor Andre Bouchard over the last five years; my constitutional rights were trampled and my private property was seized by a Delaware government body and put up for auction-and part of the justification for this was my age.’

Shawe created the ad so she could ‘raise public awareness to the serious issues plaguing America’s most powerful business court’ – Delaware is the corporate registered home to many of America’s largest businesses due to their favorable tax laws. The Chancery court oversees disputes regarding these companies and has often been seen as an ‘old boys club’ where back scratching and quid-pro-quo’s are often alleged.

Shawe’s grudge seems to stem from a costly legal battle that her son’s translation company, TransPerfect, fought in Delaware’s chancery court in 2015. In a landmark case that has been questioned by legal scholars, Chancellor Andre Bouchard who was the head of the Chancery, ordered the dissolution of the company even though it was not in financial distress, but because its co-owners ‘could not get along’.

The decision to sell TransPerfect came Bouchard concluded the warring CEO’s Philip Shawe and Elizabeth Elting were ‘hopelessly deadlocked’ over significant matters and business decisions. What the ruling did not mention is that the company had run and grown for nearly two decades since the initial feud began – and was being exceptionally managed.

Mr. Shawe’s mother Shirley owned one percent of the company at the time of the forced sale, which resulted in her son Philip Shawe gaining ownership by bidding in the public auction – essentially buying his own company and spending close to half a billion dollars to do so – which included a $44 million dollar bill that the law firm of the Bouchard appointed custodian that had no itemized items nor descriptions for what the money was for.

Bouchard resigned from the court earlier this year amidst much scrutiny. Whether his involvement in corruption will ever be brought to a formal investigation remains to be seen. What is known is that during his time on the Biden-supported Chancery Court, many questions about his rulings have been raised – and much of his work scrutinized and rejected by higher courts.

We might never really know just how deep the rabbit hole runs with this, but what we do know is the obscene pilfering of a good American run and led company happened not only on his watch, but at his direction. And that decision to force the sale of TransPerfect not only affected the owners and shareholders, but over 5,000 employees as well.

In our next installment, we will look deeper into Biden’s connection to corruption in his state. And tell the tale of how a no named Joe Biden mysteriously got elected in 1972 to the Senate, taking down a well-liked, high polling incumbent who was all but assured victory.