The Southern Border is Completely Broken and America is in Extreme Danger! 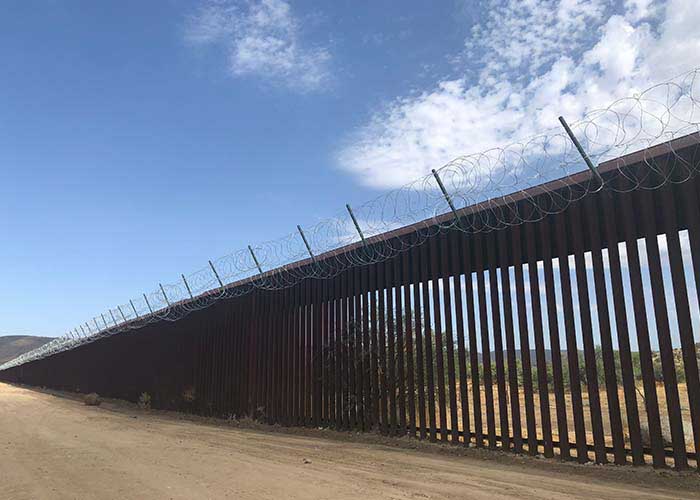 OUTRAGEOUS!! WRONG!! BIZARRE!! ABSURD!! DANGEROUS!! and CORRUPT!! These are the adjectives that come to mind, as I write this article about the horrendous crisis at the Southern border of the United States. The situation is so serious and so terrible that I must speak out. Thousands, and I mean thousands of illegals from nations all over the world are walking into our country. Many simply turn themselves in, are fed, clothed, housed, documented, and then transported all over the U.S. Many have the Covid-19 virus. It does not seem to matter. The cost to the American taxpayer is well over $100 million dollars per week. Additionally, thousands of dangerous criminals, terrorists, and otherwise unknown entities, are escaping into our country unabated. Thousands of children are picked up who have come in without adults, and are also being completely taken care of in crowded facilities, with no end in sight.

FOLKS, even those of you who are biased against Conservatives cannot deny these facts! This situation was specifically created and designed by Joe Biden and his administration. The news media on every network and publication, with the exception of Fox News and Newsmax, does not report the truth and how really bad the border situation is. Folks, the Southern border is wide open, our national security is at risk, and we are in extreme danger.

Biden took a secure border and has turned it into a quagmire of overwhelming disaster. It is completely out of control. Something must be done now, the border must be closed, the wall finished, thousands of border agents must be hired, and ICE reinstated to its full capacity. That is what should be done! However, the problem is that it is not going to be done. The Mexican Cartels are now controlling our immigration policies. They are making billions of dollars and Biden has done absolutely nothing. The drugs that are coming in — especially deadly Fentynol — have increased by 500%. Neither Biden or Harris have even taken the time to visit the border and see how terrible it really is.

Don’t tell me this is not happening, because if you say that, you are either ignorant, or dishonest. The mystery here is why would a President of the United States intentionally open up the border of the United States to the world? There is not enough money to take care of our own citizens? Why? Why? Why? Biden is either a blithering idiot, extremely ignorant, or intrinsically evil and this border disaster and extreme crisis is by design. My opinion is this is being done by design to ultimately institute a Marxist agenda of complete control over our lives. First you disrupt society, create chaos and fear, then come in with overwhelming force to subjugate the population.

It is hard to believe that this agenda, almost a possible “Brave New World” scenario, a book written by Aldous Huxley, which describes a totalitarian society that controls every aspect of society, could actually happen? This appears to be where we are heading, and the question is: Why? The greatest country in the world and we are allowing it to be destroyed from within by the agenda of a few!

Please send me your thoughts on all of this. Am I wrong? Am I right?