TransPerfect Wins Legal Victories Against Skadden Arps & Bob Pincus and After Three Years Too Long, the “Custodians” Are Finally Discharged 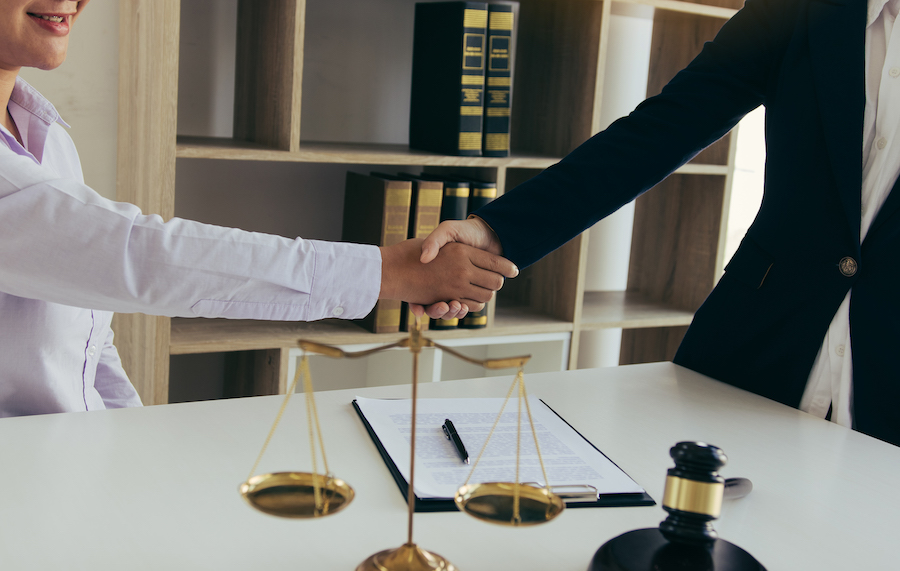 Are we seeing a new chapter in Chancery Court history? One in which concepts like truth, justice, merits, facts, and the Constitution actually mean something? Is the Leo Strine and Andre Bouchard era — in what I consider the era of legal corruption — over IN DELAWARE? New Chancellor Kathaleen McCormick hasn’t ruled yet, but she did grant me and other Delawareans something I haven’t seen in nearly a decade: A glimmer of hope.

The Chancery Court has done, in my view, so much illegal activity to enrich its personal friends (Bob Pincus, Kevin Shannon, Jennifer Voss, Skadden, Potter Anderson), that I believe the Feds should have raided it years ago. Eventually, avoiding this scenario is probably why Bouchard retired with 5-years remaining on his term?

To try to understand the magnitude of what I consider the ex-Chancellor’s possible crimes-against-humanity and the appearances of impropriety in the TransPerfect case, please consider this: He seized the #1 firm in an entire industry, declared it “dysfunctional” and dissolved it despite all witnesses testifying to the opposite. He put his friends in charge with a blank checkbook — who tried to sell it to their vulture, private equity friends in a phony auction, putting thousands of U.S. jobs at risk — and they took a $250 million payday for themselves. Then what did they do? They sold it back to one of the original owners, at a price that amounted to less than what he’d offered voluntarily. Think it can’t get any more corrupt? Bouchard’s friends sold TransPerfect back to the original founder, Philip Shawe, who Bouchard himself said was the “logical buyer” from the beginning. $15 million dollars for Skadden directly. $50 million dollars for Skadden’s buddies. And all told, over $250 million dollars spent. For what? For nothing?

But wait, we did get something! The people of Delaware had our state’s business image tainted and disfigured beyond all recognition by what I consider and believe are colluding pirates, with Bouchard and Strine at the helm?!

So what is the glimmer of hope? TransPerfect has quietly knocked off a few victories, including defeating TWO contempt motions brought forward by law firms hired by Custodian Bob Pincus. Twisted side-point, folks: He’s spending TransPerfect’s own money to bring contempt motions against TransPerfect. As crazy as that sounds, at least he is no longer winning, for now anyway, under Chancellor Kathaleen McCormick.

All eyes are now on the new Chancellor! Will she free these 7,000 workers? Or let the Delaware elites continue with what I see as a serious and corrupt, legal, gravy train? What will McCormick’s legacy be? Send your feedback and thoughts. They are always welcome and appreciated.

SCROLL DOWN TO READ THE ARTICLE :
https://finance.yahoo.com/news/transperfect-wins-contempt-motion-victory-234500832.html
TransPerfect Wins Contempt Motion Victory Against Custodian-Hired Law Firm
Sun, September 26, 2021, 7:45 PM
·  Court Order Discharges Robert Pincus from Position as Court Custodian
· Pincus Has Denied Owing Fiduciary Duties to TransPerfect as Custodian, after Being Specifically Named “a Fiduciary” by Ex-Chancellor Bouchard
·TransPerfect Moves for Sanctions for Alleged Ethical Misconduct by Robert Pincus, Jennifer Voss & Skadden Arps
NEW YORK & WILMINGTON, Del., September 26, 2021–(BUSINESS WIRE)–
TransPerfect, the world’s largest provider of language and technology solutions for global business, won a major legal victory when it successfully defeated a spurious motion for sanctions by Ross Aronstam, a Delaware law firm hired by Chancery Court-appointed Custodian Robert Pincus to execute an agenda against the interests of the company. Ross Aronstam previously employed Delaware Supreme Court Chief Justice Seitz, who has ruled on certain TransPerfect appeals despite previously recusing himself twice for self-identified conflicts of interest.
TransPerfect also succeeded in obtaining a Delaware Chancery Court order discharging Pincus from his role as Custodian and ending a three-year battle to remove him after TransPerfect’s ownership consolidation in 2018. In a letter to employees praising their business acumen and TransPerfect’s performance despite his interference, Pincus implicitly acknowledged that his appointment was not necessary and that there had been no impediments to the company’s “continued success.” His letter enraged the many TransPerfect employees who had their health benefits cut by Pincus while he simultaneously wasted millions of dollars from the company’s coffers.
TransPerfect has now filed a motion seeking relief from the most recent acts of alleged dishonesty by Pincus and his counsel, Jennifer Voss of Skadden. That motion, pending before new Chief Chancellor Kathaleen McCormick, painstakingly details allegations of vast misconduct by Pincus and Voss, including the improper retention of $4 million in escrowed funds under false pretenses. It also recounts Pincus’s ever-changing parade of excuses for hijacking the escrow, which has devolved into nothing more than an admission that he engaged in self-help and improperly froze the escrow as insurance against “future possible” claims.
The escrow funds were supposed to be returned to TransPerfect CEO Phil Shawe and former shareholder Liz Elting three years after the completion of the Court-ordered sale. Despite a Chancery Court decision confirming there were no “claims” against the escrow and that its termination date passed, Pincus and Voss have improperly frozen the account indefinitely. Specifically, the escrow agreement—which was drafted by Pincus and Voss of Skadden—expired on May 7, 2021, and clearly states that all money be returned after three years unless there are “existing” claims pending.
TransPerfect’s motion is rooted in there being no provision that permits a unilateral extension of the escrow for “future” potential claims. Nevertheless, Pincus has openly breached the contract, engaged in self-serving self-help, and again flaunted the tenets of well-established Delaware contract law.
Pincus, Voss, and Skadden are also generating more billable hours for themselves by refusing to accept full payment of “fees” erroneously ordered to be paid by TransPerfect, and have employed such tactics as not depositing checks and refusing to accept escrow monies ordered to be paid to them. Consistent with these bad faith acts, Voss filed a frivolous contempt motion of her own that failed to disclose Skadden’s obstructionist behavior and is designed to generate even more bogus fees.
TransPerfect has now been forced to incur custodial fees of over $50 million by Pincus and his agents, and the current motion asks the Chancery Court to put an end to this perversely incentivized and highly unethical warmongering. “This six-year gravy train must end for Robert Pincus and Jennifer Voss,” stated Shawe. “These ‘state actors’ have disclaimed their fiduciary duties, and continue to pocket millions for ‘work’ that is of no value whatsoever to TransPerfect. This injustice must end.”
Martin Russo, an attorney for the company, added that, “Pincus’s refusal to accept funds from escrow clearly shows that he is not interested in being paid for the services Skadden allegedly rendered; rather, it appears that he is intent on grabbing a fund that he and Skadden can indiscriminately bill against in the future—notwithstanding the fact that their legitimate duties ended years ago. Even Chancellor McCormick publicly has recognized TransPerfect is not a credit risk and it follows that no escrow is needed.”