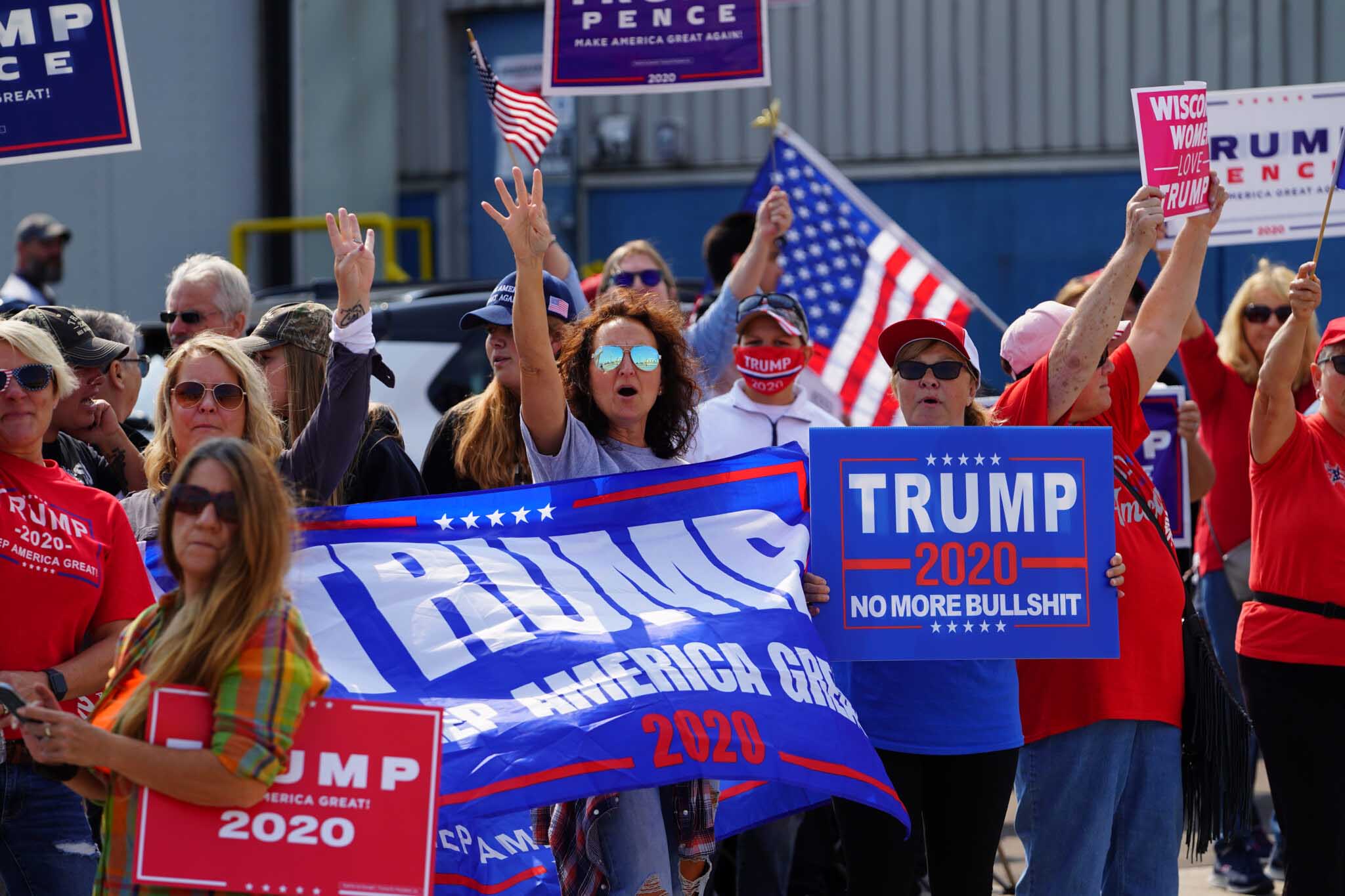 Some of you will hate this article, however it needs to be said, whether you like it or not. As a partisan, Republican from Delaware who knows more about Joe Biden than most people, as a man who has actually ran a campaign against him, having done extensive opposition research, to this minute, I am frustrated and angry at the total lack of understanding that the Trump campaign exhibited.

I also take great umbrage with how little access there was to Trump operatives and how many people were wrapped up in their own self- importance, while doing a terrible job for Donald Trump. Unfortunately Donald himself had no clue how bad it was within his own political organization. I consider myself a political scientist and there is a science behind a successful political campaign. Frankly, in my view, Donald Trump ran the worst Presidential campaign in US history.

Folks, I supported Trump with my heart and soul and I can say with a clear head, that in the Trump campaign, the money raised was poorly managed and clearly not used as it should have been. The factual information about Joe Biden’s history of lies, deceit, and malicious actions was enough to easily prevent him from being elected. None of it was used! This election should have not even been close.

The people in the Trump campaign should be ashamed of themselves, including his children who spent hours on national TV late in the game touting stuff that was insignificantly not specific and obviously had no clue about how truly despicable Joe Biden really is, nor the details of his life of corruption which was clearly available to anyone who researched it properly.

There is a SCIENCE involved in these enterprises and if it is not used properly, failure is probably going to occur. The first important factor is to develop a strong message or messages that include significant opposition research about your opponent. The more dirt you can find the better. The 2nd factor is the venue: Where is that message going to be delivered?? TV, radio, direct mail, grass-roots, and so on. The 3rd and most important factor is the frequency of the message.

Biden’s message appeared roughly 7 times to Trump’s 1 — on a NATIONAL BASIS! What the rub was for me, was that I tried everything to get the information that I had to the right Trump people. It was impossible!!!!!! I even spoke to Robert Arlette, who was supposedly the Delaware contact for the Trump campaign. He set me up with a conference call with some useless underling who was working for the National GOP. I was shocked at how little they knew about Biden and how clear it was that they had no idea how to proceed accordingly.

Granted, The Pandemic from Communist China, the evil, malicious, lying press, and the clear evidence of nationwide fraud, surely affected the entire election, which again is frustrating because all the cards were stacked against us!

However, if Trump had utilized Biden’s lies and corruption in a planned organized attack, it would have been no contest. TRUMP RALLIES WERE NOT ENOUGH!!! Trump has to take partial responsibility for surrounding himself with the wrong people who ran a terrible campaign on his behalf.

Now I, and many others, have to live in fear of losing our future to Joe Biden, who has publicly declared war on prosperity. The oil and gas industry is so important to thousands of Americans, especially in states that produce energy. The Keystone pipeline affects me directly along with many other Americans. Biden wants to stop America from being the number 1 exporter of oil and gas, and empower China, Russia, and Iran.

Folks, I could write a book about the reasons Biden won and why he shouldn’t be our President. I will be reiterating and explaining stuff in future articles.

Right now, the American people need to know what is coming and how the landscape is going to change not only in Delaware, but everywhere. Please read the in-depth article from Reuters, which I have attached below. Grasp the possibilities.

As always, your feedback is welcome and appreciated. My hat goes off to all of the Patriots who fought so hard for Trump to have our hopes dashed by the Biden Crime Family. We do have an outside chance of getting the fraud before the Supreme Court, but that is a terrific long-shot.

Please stay tuned, as there is much more coming.

Factbox: How a Biden Presidency Would Transform the U.S. Energy Landscape

(Reuters) – Democrat Joe Biden has won the November U.S. presidential election, according to several major networks. Here are some of the changes that could occur in U.S. energy policy under his administration.

Biden has shown an interest in multilateral diplomacy similar to previous Democratic administrations. That could mean an eventual path for OPEC members Iran and Venezuela to get out from under Washington’s sanctions and start pumping again, if the right conditions are met.

In Iran, that path could include a partnered approach between Washington and Europe, similar to a deal struck under Obama’s administration.

In Venezuela, Biden appears likely to continue to favor sanctions to pressure the regime of President Nicolas Maduro, but could increase diplomatic efforts to end the impasse by negotiating a new election or power-sharing with the opposition.

Outgoing President Donald Trump’s unilateral sanctions on the two countries have taken around 3 million barrels per day of crude oil off international markets, a little more than 3% of world supply.

Biden’s campaign has not detailed how it would approach these issues.

Biden lacks the chummy rapport that Trump had developed with Saudi Arabia’s defacto leader Crown Prince Mohammed bin Salman. That country is the biggest voice in the Organization of the Petroleum Exporting Countries, meaning Biden may not engage as closely on the group’s production policy. He is also more likely to rely on quiet diplomatic channels for influencing OPEC than Trump’s Twitter-centered approach.

Biden’s campaign has not yet detailed how it would approach these issues, but any influence he would wield as president would likely be in service of the same goal – a moderate oil price. Any U.S. president needs affordable fuel for consumers. And for Biden, the price would need to be high enough to make clean energy alternatives to fossil fuels competitive in support of his ambitious climate plan.

Trump had been more engaged with the Organization of the Petroleum Exporting Countries than most of his predecessors. He has sometimes influenced OPEC policy with his tweets and phone calls, arguing for an oil price low enough for consumers but high enough for drillers.

His sanctions also weakened the influence of OPEC hawks Venezuela and Iran within the group, removing two big historical hurdles to a pro-Washington OPEC policy. That concentrated power with leading producer Saudi Arabia, along with Russia, part of the group known as OPEC+.

A Biden administration would look to re-enter the Paris Climate Agreement, an international pact negotiated during the Obama administration to fight global warming that Trump pulled away from saying it could hurt the U.S. economy.

Biden has also vowed to bring U.S. emissions down to net zero by 2050, including by bringing emissions from the power industry to net zero by 2035 – a goal that will be tricky to accomplish without a Democratic majority in Congress.

Biden’s view is that climate change is an existential threat to the planet, and that a transition from fossil fuels can be an economic opportunity if the United States moves fast enough to become a leader in the clean energy technology.

Trump’s administration had acted to weaken or eliminate emissions targets, including the U.S. Environmental Protection Agency’s softening of vehicle emissions standards, and its rescinding of former President Barack Obama’s Clean Power Plan requiring cuts from the electric power industry. Transport and electricity together make up around half the country’s greenhouse gas emissions.

While Trump had sought to maximize domestic oil and gas production, Biden has promised to ban issuance of new drilling permits on federal lands and waters in order to fight global climate change.

The United States produced nearly 3 million barrels of crude oil per day from federal lands and waters in 2019, along with 13.2 billion cubic feet per day of natural gas, according to Interior Department data.

That amounts to about a quarter of total domestic oil output and more than an eighth of total U.S. production of gas. A federal ban on new permits would mean those numbers trend toward zero over a matter of years.

There would also be an impact on public revenue federal oil and gas production produced about $12 billion in public revenue in 2019, divided between the U.S. Treasury, states and counties, tribes, and cleanup funds.

New Mexico, for example, received $2.4 billion in disbursements last year, much of it going to its historically underfunded education system. The state’s Democratic Governor Michelle Lujan Grisham told Reuters this spring she would seek a waiver from Biden’s government to allow continued drilling if he was elected.

Biden’s camp has been mum on whether such a waiver program would exist.