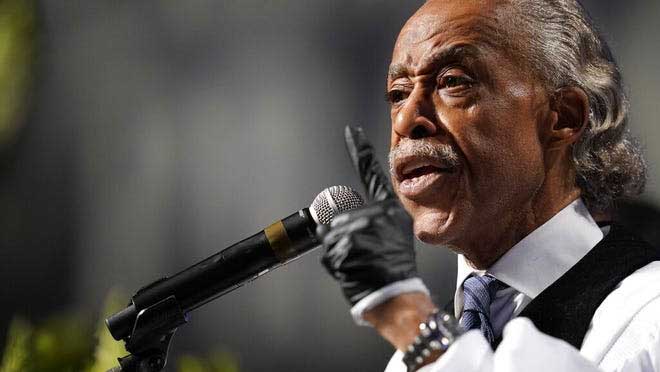 I’m not a big fan of Rev. Al Sharpton, but take a look at this opinion piece in today’s USAToday. In it, he highlights two huge Delaware issues. First, law firm Skadden Arps, which has its claws in our Chancery Court Chancellor Andre Bouchard. Sharpton points out that Skadden is a “majority-white” firm giving holidays instead of creating diversity opportunities at the firm. As I see it folks, they’ve proven to be a lot of talk, with no action in Delaware, while cashing in millions from our courts and giving nothing back in return. Delaware Governor John Carney and the non-diverse Board of Pardons, which includes Bouchard, pardoned a man who was involved in Michigan’s Governor kidnapping plot, likely based on race.

Read the USAToday piece below and let me know what you think, folks!

It’s not just the Supreme Court. The entire legal system has a crippling diversity problem.
To rebuild our justice system more equitably, we must look beyond the Supreme Court and look to where legal talent is grown, educated, and trained.
Al Sharpton, Opinion contributor
Oct. 20, 2020

As Judge Amy Coney Barrett’s confirmation to the Supreme Court appears all but certain, it is more urgent than ever that we recognize the underlying issues plaguing our nation’s justice system are inextricably tied to the staggering lack of equitable racial representation within America’s legal and judicial institutions.

From law schools to elite “white shoe” firms, from courthouses to parole boards, the cornerstones of our justice system are disproportionately white, and therefore not representative of the American people. To that end, to truly rectify the injustices of centuries past, we must begin by addressing the persistent inequities in representation at every level of the legal field.

If confirmed, Judge Barrett will be the court’s seventh white justice, leaving just one Black and one Hispanic jurist on the same court that upheld “separate but equal” treatment of Americans based on race until the 1950s. In the past few decades, the Supreme Court has also made decisions granting law enforcement qualified immunity from prosecution, eroding education funding for schools in low-income neighborhoods, and eviscerating the Voting Rights Act — all of which are critical legal doctrines that disproportionately impact the lives of American minorities for the worse.

But the Supreme Court is just the tip of the iceberg.

From law schools to court rooms
According to an analysis by the Center for American Progress, as of August 2019, 80% of federal judges were white, while just 10% were Black and 6.6% Hispanic. Moreover, as of 2015, nearly 83% of all federal law clerks were white — an extension of the fact that most law schools are also severely lacking in racial diversity. And despite efforts at many of those top universities to admit more law students of color, in 2019, only 12.7% of law students were Hispanic and just 7.8% were Black.

Additionally, equity partners at many law firms are also predominantly white, with fewer than 8% being people of color nationally, according to a 2019 report by National Association for Law Placement, Inc. Instead of declaring holidays such as Juneteenth as paid days-off for their majority white attorney groups, firms like Skadden Arps — who led the charge on that front — would do well to create meaningful opportunities for Black and Hispanic lawyers so they can enter the pipeline for prestigious clerking jobs and judgeships.

The results of this state of affairs should shock no one. Without ever being given the opportunity to rise through the ranks of the legal field, communities of color have effectively been denied representation in our nation’s judiciary, and the consequences have been dire.

According to the NAACP, 1-in-3 Black boys born today can expect to be sentenced to prison, compared to 1-in-6 Latino boys and just 1-in-17 white boys. In fact, if Black and Hispanic Americans were incarcerated at the same rates as whites, our country’s prison population would decline by almost 40%.

Inequality in practice
Meanwhile, glaring evidence of the benefits of being white in such a monochromatic justice system can be seen all over. One notable case came just weeks ago when the country learned of a shocking conspiracy to kidnap Michigan’s Gov. Gretchen Whitmer, allegedly planned by anti-government extremists, several of whom had criminal pasts.

Stacey Abrams: Beat Trump and rewrite democracy rules to build an America that serves its people

One of the accused, Barry Croft Jr., had just been pardoned in 2019 by Gov. John Carney of Delaware — a state where Black people make up 60% of the prison population, but just 15% of all judges on the state’s supreme, superior, and chancery courts, and not one person of color on the Board of Pardons. That Croft walked free is hardly surprising when you consider white adults are about three-and-a-half times less likely than Black adults to be released into supervised probation.

Combined, these data points are a scathing indictment of America’s justice system, and no court, university, law firm or other legal entity is immune from the charge.

Lacking representation is a foundational flaw that exists in every pillar of our nation’s legal structures — a flaw so deep that it has sown seeds of distrust in minority communities for decades. As a result of the unending body of evidence that people of color receive unequal treatment under the law, 87% of Black Americans believe they are treated less fairly than their white neighbors.

But for our nation’s judicial institutions to be legitimate, the public needs to trust them, and for that trust to exist, those institutions must reflect America’s diversity.

As we work to rebuild our justice system more equitably, we must break down the barriers that have disenfranchised people of color from leading within it. We must look beyond the Supreme Court and look to where legal talent is grown.

Al Sharpton is a civil rights activist, founder of the National Action Network, and host of MSNBC’s PoliticsNation. Follow him on Twitter: @TheRevAl