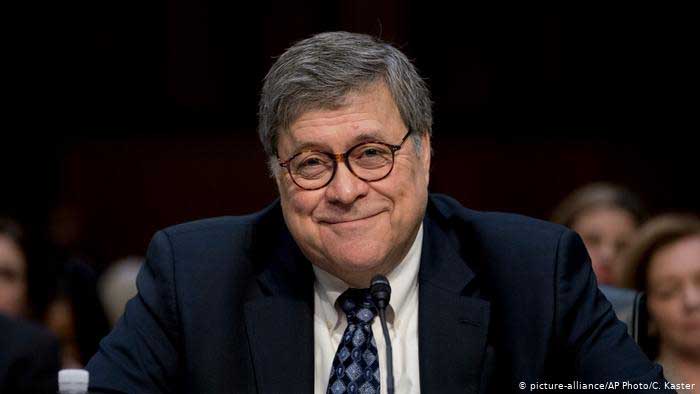 I spent the entire day Tuesday watching the most ridiculous, offensive, and unfair Judicial hearing (supposed to be for the questioning of AG Barr), chaired by grotesque human being JERRY NADLER (Democrat from NY) — the most offensive and absurd US Representative in American history. Folks it was outrageous the way Mr. Barr, this esteemed, gentleman, was treated. It was beyond anything I have ever seen. Regardless of the malicious abuse he received from these pathetic jerks, he remained cool, calm, and collected.

Folks not one question or statement issued by any Democrat member had any closeness to being accurate. One abusive lie after another by these possibly misguided, more likely intentional misrepresentations, were outrageous, and what is the terrific rub here is Attorney General Barr was not allowed to answer or address the false statements. WHEN YOU CONDUCT A HEARING, the person the hearing is about is supposed to be heard??!

The Democrats are a joke, they are not competent to run this country! Anybody who saw that hearing, who is honest, would have to agree, or if not. they are part of the nefarious situation of pure Democrat treachery and an obvious attempt to move the country toward anarchy… I had a terrible day screaming at the TV folks!

Representative Jordan did win the day by showing explicit videos of the BLM/Antifa/ Democrats/ Anarchists looting, bombing, attacking, and creating havoc throughout America, but especially in Portland, Oregon at the Federal Courthouse, where 100 Federal Agents have to engage these evil anarchists every night and have for 63 days in a row!

Several officers have been severely injured and two may lose their eyesight! The democrats in this hearing TOTALLY IGNORED WHAT was obvious and were so stupid as to continue their clearly false rhetoric-one after another. It was a display of pure incompetence and political outrage.

Later, the networks cut away to Joe Biden who was giving a speech from his basement, who got a good makeup job, he looked better (because he usually looks bad), and was asked some pre-given, softball questions.

For the first time, he didn’t sound completely senile. I was not impressed at all. Indeed, he stated certain things about the “Chinese Virus” that he said should be done, that have already been done by Trump. This is the guy who castigated Trump for closing the border with China and with Europe. Biden clearly wanted to keep it open! Trump saved millions of lives by doing that. Biden would have killed us all if indeed he had been President. He was in charge of the Ebola scare and totally mismanaged that when he was VP.

What was most significant to this observer of Biden’s rather insipid presentation (indeed folks he is the most empty a suit of any person in politics), his platform, if you dissect it, is identical to that of Bernie Sanders. Universal Health Care, Forgiveness of student Loans, Increase in personal, federal taxes, increasing corporate taxes to 28% ending all Trade agreements, open borders, de-funding the police (he calls it redirecting funds) leading to eventual depression and loss of opportunity. Then when you resist, your freedoms are gone — you go to jail, loss of first amendment, 2nd amendment, and 4th amendment. We will be just like Venezuala within 5 years — guarenteed! Ocasio Cortez will be the energy CZAR and Beto O’rorke will be in charge of taking away your guns. GOD help America if you vote for and elect this false profit named Joe Biden. What I know makes me sick to my stomach about this man, and he is leading in the polls? God help us if we the people put Joe Biden along with these dishonest people back in power.

This is my view, I know it and I believe it.