Biden Corruption to be an issue! 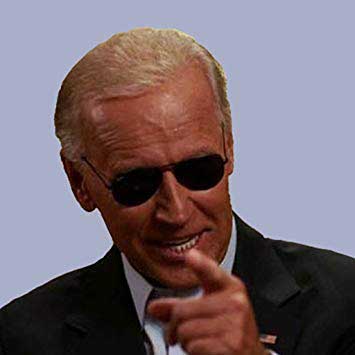 Recently, Donald Trump’s children were ignorantly and publicly accused of profiting because their father is President in an insipid and desperate response to Joe Biden’s corruption.

There is no doubt that the petty and ignorant method of the left and theBiden camp is beyond logic. These people are prepared to literally destroy America to gain power.

The most ignorant and latest attack is to rationalize Hunter Biden’s obvious corrupt connection to his father Joe Biden who used his position to protect his son and to blackmail Ukraine into firing it’s Attorney General so his little boy could continue his money grab.

Then the former VP Biden used his influence to get China to invest a billion with Hunter. Influence Peddling and Extortion is a crime and it’s the huge appearance of corruption.

For anyone to say that Trump’s children Ivanka and son-in-law Jared, who work for FREE, and Don Jr. and Eric profit because their father is President, is a vicious lie. They run a business that actually has lost profit since Trump was President. Any money they make now is made legitimately and within the law!

The Biden corruption is apples and oranges compared to any consideration of the Trump children and is a desperate and pathetic attempt to justify Biden’s apparent corrupt activities.

Joe Biden is obviously going to be the Dems pick, apparently rejecting Bernie’s communist platform, so now the fight really begins. Biden has obvious dementia and misused his position in a very possible and illegal manner to enhance his relatives financially when he was VP under Obama. Ukraine and China scandals will not go away. Trump will destroy Sleepy Joe in the debates, who is not sure what state he is campaigning in or what office he is running for.

I can’t wait to help develop all the opposition research on Joe Biden. Vote Republican and rid America of the do-nothing Democrats who want to raise your taxes and take away your freedoms!