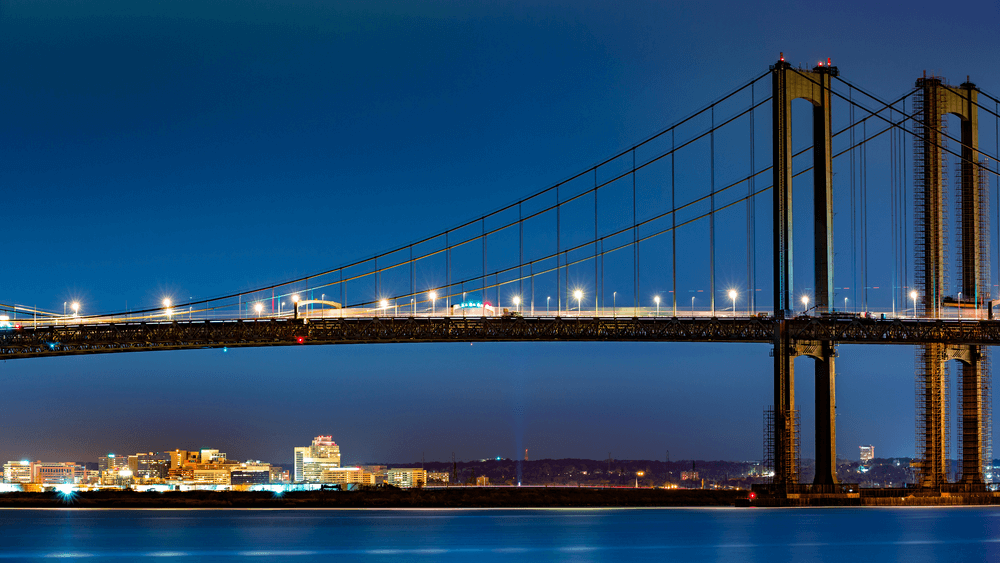 OPINION
Dear Friends,
Delaware’s Chancellor Andre Bouchard attended a conference last week and volunteers from “Citizens for Pro Business Delaware” showed up to ask questions about the Chancery Court. His response? He had them removed from the property. Can you believe it? Time and time again, he has shown that he has thin skin. But ladies and gentleman, if you can’t take questions about your tenure, you should not be a judge.
As I have documented in my columns to you many times, Judge Bouchard is already infamous for one of the worst decisions in Delaware history, as I see it, in the TransPerfect case (an adjudication based on pure bias and grotesque subjective rulings). He appointed his friend and former business partner as a custodian of a company, who then made millions of dollars on the backs of the TransPerfect employees who have been going without raises and additional benefits, as I understand it, because of this outrageous fleecing.
The latest Bouchard fiasco happened when volunteers from “Citizens for Pro Business Delaware”, wanting answers and asking for transparency, were required to leave because Bouchard did not like the literature they were passing out, which asked for a transparent court in Delaware.
A man who has the courage of his convictions, a man who had nothing to hide, would have openly addressed the criticism with facts and ideas, and positive ANSWERS. Instead, security removed the volunteers.
As I see it folks, Bouchard has and still is intentionally withholding evidence from public scrutiny, a man that has innumerable conflicts of interest and many appearances of impropriety that have cost Delaware a loss of reputation (dropping the state from #1 to #11 in a national survey for providing fairness and equity).
The Chancery Court has operated like a “Boys Club” for years in my view, as the judges give business to their friends and associates and nobody challenges them on it. Cameras are kept out of the courtroom and proceedings are routinely closed to spectators. This is 2019 and the end is near. You can no longer operate in a vacuum as if it is 1926. We need transparency in the Chancery Court for the sake of Delaware’s future. Otherwise, it will be too late and we will lose the most important business we have.
Please read the article below, about how Bouchard acted when criticized at this public event, which ironically was designated for the specific purpose of discussing Chancery Court issues and possible future changes. Shame on him!
Your comments are welcome and appreciated!
Respectfully yours,
JUDSON Bennett-Coastal Network
Citizens for a Pro-Business Delaware Volunteers Removed From Delaware State Bar Association Brunch
PR Newswire June 17, 2019

DOVER, Del., June 17, 2019 /PRNewswire/ — On June 14, 2019, Citizens for a Pro-Business Delaware volunteers were removed from the Delaware Bar Association’s Bench Brunch where Chancellor Bouchard, who has been a persistent roadblock to Chancery Court reform, served as a panelist for a discussion on “Chancery Changes” and “The Road to Equity.”
The volunteers were passing out literature demanding heightened transparency and accountability to the Chancery Court. Citizens for a Pro-Business Delaware, the watchdog group that was created when the Chancery Court forced the sale of TransPerfect—a 5,000-employee company—has committed its efforts to demanding transparency in the Chancery Court’s process. While Bouchard’s quick decisions to move companies to dissolution may create jobs for highly paid lawyers, consultants and accountants, they undermine the State’s pro-business reputation, discouraging prospective businesses from headquartering in Delaware.
In the TransPerfect case, Judge Bouchard handpicked a custodian, Robert Pincus of Skadden Arps, who then proceeded to spend millions of dollars, causing TransPerfect employees to suffer higher premiums in health insurance. Bouchard and Pincus’s spending resulted from a series of unprecedented and illogical rulings forcing Delaware’s first dissolution and forced sale of a successful private company. Two years after the conclusion of this case, bills for the tens of millions of dollars involved are still under seal “to protect the sale process,” which has long been over. In TransPerfect, Bouchard and Pincus set a precedent that can now be enforced against other businesses in the future.
“The blatant disregard for our volunteer’s freedom of speech is unacceptable and reflects the Chancery Court’s resistance against this campaign for transparency and accountability,” said Miranda Wessinger, President of Citizens for a Pro-Business Delaware. “We will not allow these actions to discourage our efforts to protect Delaware’s pro-business reputation. The current Chancery Court, and most specifically Chancellor Bouchard, are hindering the state’s ability to attract and retain Fortune 500 companies with what has become a runaway corruption train. It must stop.”
Delaware is home to tens of thousands of corporations and other business entities. These companies and their employees deserve a fair, transparent system of dispute resolution and mediation. The Chancery Court’s overextension of power is fracturing the trust that large businesses have in Delaware, and with it, Delaware’s tax base.
Citizens for a Pro-Business Delaware is a group made up of more than 2,700 members including employees of the global translation services company TransPerfect, as well as concerned Delaware residents, business executives and others. They formed in April of 2016 to focus on raising awareness with Delaware residents, elected officials, and other stakeholders about the issue.
While their primary goal of saving the company has been accomplished, they continue their efforts to fight for more transparency in the Delaware Chancery Court. For more information on Citizens for a Pro-Business Delaware or to join the cause, visit  DelawareForBusiness.org