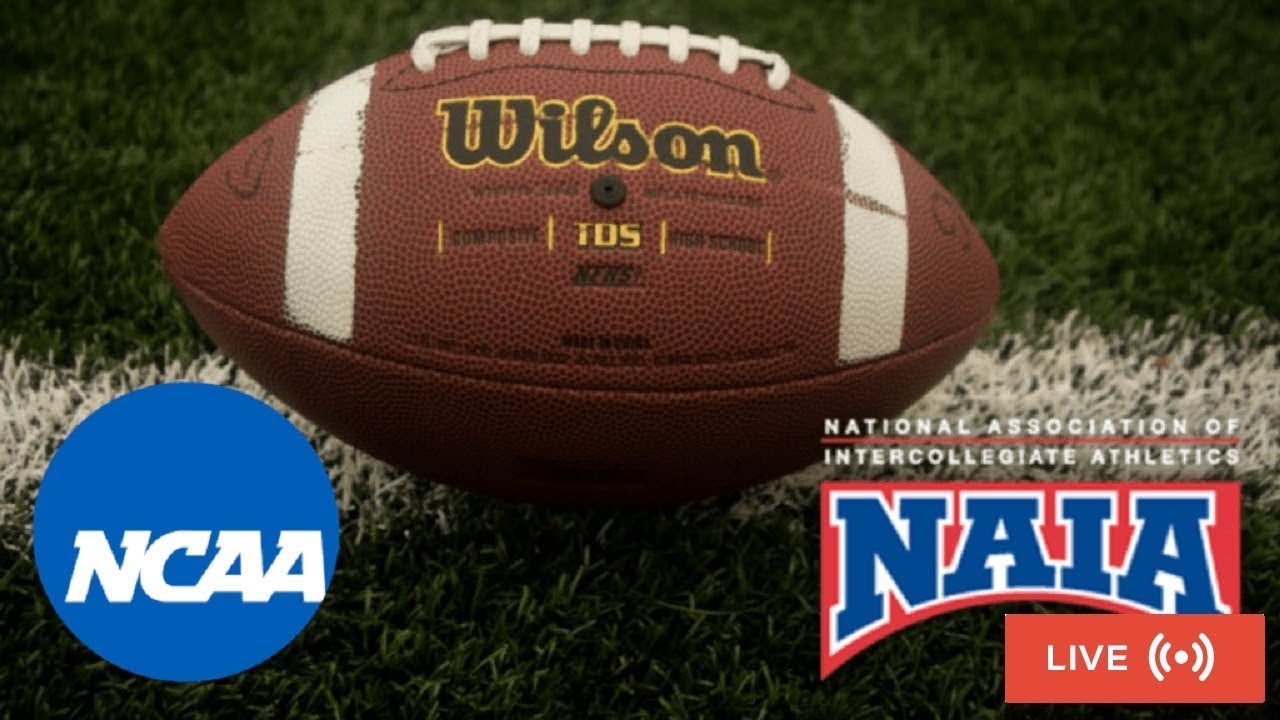 University of Delaware Comes to Town, Political Recognition of Reality

Once every so often, I enjoy sharing a personal story in addition to my political punditry. If I can relate it to the disconcerting, political realities of our time, I usually do that as well. As some of you know, I am a huge University of Delaware football fan. I have been a season ticket holder for many years. My football travels have been curtailed since the Covid-19 pandemic. I now try to attend a Delaware away game every year when they play a big time school.

This past weekend, Delaware played Big East Conference member Rutgers University. I flew to Philadelphia last Friday, before the game, traveled down to Wilmington, Delaware by car, checked in at the Hyatt Riverfront Hotel. I got up the next day, and drove via the New Jersey Turnpike to New Brunswick to Rutgers’ beautiful new Stadium where Delaware’s “Fightin Blue Hens” had come to visit, to take on the Rutgers “Scarlet Knights”!

Interestingly, my best friend from Rehoboth, who had passed away, was also a huge Delaware fan. In his honor, since his tragic death, I have wanted to take his dedicated widow to a big-time game, once a year, and she agreed. What a trooper she is. And frankly, without her assistance, and excellent driving, I don’t think I could have accomplished the situation as easily as we did.

Folks, I meticulously planned every detail and even then, it was a bit complicated and stressful. I have found the best way to get really good seats, and I like to be able to be on the 50 yard line, and have easy, close parking, is to go through an agency like STUBHUB or TICKET CITY and believe me it is pricey and complicated. Unfortunately, for this very computer-challenged Delaware fan, nowadays everything is on an app and transferred to your cell phone. Once the tickets and parking are transferred to the cell phone, you have to make sure your phone doesn’t die and you can retrieve the tickets on the phone before entering the stadium area. That, indeed naturally became an issue for yours truly-LOL.

My arrival details in regard to getting there were perfect. I flew out of Palm Beach via American Airlines, walked to arrivals where my friend picked me up, drove us to the Hyatt in Wilmington where we checked into our rooms. Those of you from Rehoboth will appreciate this part, because next door to the Hyatt RiverFront Hotel was Big Fish Grill which is owned by friends we both know well from Rehoboth Beach where they own another Big Fish Grill. That is where we had two meals and the food absolutely melts in your mouth. I had forgotten how good that restaurant is. Interestingly, the place was not full with many empty tables, yet there was a waiting time to get a table. They have trouble getting employees, especially in liberal Delaware, where the freebies and unemployment compensation is huge. Bottom line, nobody wants to work, as long as the government pays them not to do so.

Not knowing exactly where we were going, how to find the parking at Rutgers, me being diabetic and having to eat every so often, we decided to leave Wilmington quite early to proceed over the Delaware Memorial Bridge onto the New Jersey Turnpike for a two hour drive to Exit 9. After traveling in circles for a bit, we found the specified parking lot where the $200 Parking Ticket on my cell phone could not be retrieved by inept me. After some personal panic, we were able to bring it up and were able to enter the tail-way parking lot, which was packed with a sea of red-shirt clad Rutgers folks with a smattering of blue-shirt clad Delawareans.

At this point it was getting hot with 87 degree temperatures and we were two hours early. Then of course, I could not bring up the very expensive tickets on my cell phone to get into the stadium, where I hoped we could get something to eat. Hungry (sugar dropping), no tickets, and hot. On our weaving in and out of tailgaters, we came upon a Delaware tailgating crowd, who I desperately asked if we could join them. We were invited under their tent, (some wonderful shade), given seats to sit on and given a tasty lunch and some fun conversation. They saved us from some difficulties and helped me retrieve my special tickets on my cell phone.

My delightful friend charmed everybody while I stressed over my meticulously planned details. Regardless, we attempted to enter the stadium 30 minutes before the game and the New Jersey Gestapo would not let my friend enter because her pocket book was too big. I had to wait while she had to go through the nightmare of finding the car to stow her bag and come back to the gate. Both of us were sweating profusely, as she found her way back to me. Meanwhile, I was holding my cell phone delicately to prevent the App from disappearing again. We then made it into the stadium and found our spectacular seats.

Delaware got beat 45 to 13. The score was not really indicative of the contest. Delaware’s quarterback threw many perfect passes into the hands of receivers who dropped them. The interior line opened some great holes, and Delaware had several scoring opportunities, but blew them with ridiculous penalties. I have to say this without any doubt. Delaware has a terrible pass defense and gave up 3 touchdowns that never should have happened. I frankly question the Delaware coaching, as the offense – clicking at times – was not innovative – no reverses, no fake plays, no fake punts, or attempts on 4th down.

I also found it interesting that the Delaware punter kicked it directly to the top punt return guy in the country. He did run one back for a touchdown. Why not kick it out of bounds? Poor coaching folks. Delaware had everything to gain and nothing to lose, but played conservatively. Why? The bottom line is as follows, in my educated football opinion: If you can pass, you can beat Delaware. I predict Delaware will lose at least two more games. That is the way I see it. I believe Rutgers is for real, and the renewed spirit and marketing that Rutgers is presenting these days is remarkable. When the Rutgers mascot – the “Scarlett Knight” clad in bright red-armor galloped into the middle of the field on his beautiful stallion, the sell-out crowd went wild. Rutgers could be in the hunt for a National Championship. Unfortunately, I predict Delaware will not be successful in its division, because of its poor pass defense. It drives me crazy. Regardless, it was a fun day, interesting to see the revised Rutgers program and I see them as a regular national contender in the future.

The drive back to Wilmington was tedious, dark, and we got lost despite our GPS. When we finally got to our rooms at the Hyatt, our beds had not been made and no clean towels. I raised hell, and was told that Delaware has Covid regulations that prevent Housekeeping room service, if you are not booked for more than 3 nights, and then you have to actually request it. Absurdity beyond belief and folks, the clerk was not even slightly concerned and was rude to me. The Hyatt Riverfront Hotel is not up to par. I don’t recommend it to anybody. The only good thing about it is it is next to the Big Fish Grill, which is superb. This would never happen in Florida under our magnificent Governor Ron DeSantis.

The next day, we departed early, my friend successfully delivered me to American Airlines at Philadelphia Airport. She was wonderfully helpful and I hope we can continue this tradition in honor of her departed husband and my friend who I knew and adored for over 60 years Like me, he loved Delaware football.

I now have to get political. While waiting at my gate to board the plane at the Philadelphia Airport, every 15 minutes, a threatening voice announced over the loudspeaker the Federal “Biden” mandate that everyone in the airport had to wear a mask or receive a $3,000 fine. I witnessed some cops harassing a person, accordingly. Big brother is watching and Biden is starting his totalitarian platform to completely control our lives through his Marxist/Socialistic agenda. God I felt outraged at this non-scientific absurdity that is all about political control and an eventual termination of our constitutional freedoms.

Finally, after boarding, and heading down the runway , the Pilot announced we had to return to the gate because there was a “Paper” error. Two hours later, we finally took off. Such incompetence by American Airlines is outrageous. Never will I fly American again. Frankly, I am not in any hurry to leave the Free State of Florida any time soon. I have experienced some of the Biden dishonesty and authoritarian crap first hand, and it is just the beginning. I finally arrived home, stiff and sore, hot and tired, and literally exhausted. I slept for 7 straight hours.

Regardless, all things considered, it was a positive weekend; I had a fabulous companion and efficient driver who was a magnificent trooper in dealing with stressed-out me. We saw some interesting football and an amazing Rutgers program. Hopefully we can do another game next year and I will plan it even better.

In conclusion, I say, Go Delaware! I thank my old friend, and I look forward to better days for the State of Delaware and our entire country.

Blessings to all,
JUDSON Bennett-Coastal Network