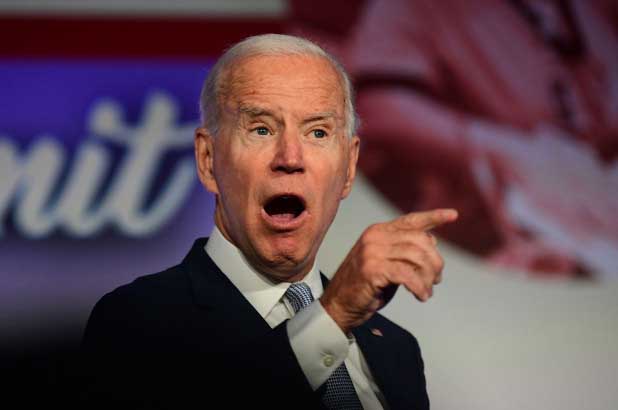 The Democrats in Congress and the biased media must think we the people just fell off the turnip truck. Folks, I am from Delaware and I have been watching Joe Biden’s operation for years. The bottom line is that his family has profited by his political connections.

If there was ever an example of “Quid Pro Quo” then Biden’s actions in the Ukraine are it. Let’s call it what it really is : “Pure Extortion”. For the Vice President of the United States to publicly brag how he threatened to withhold ONE BILLION dollars from the Ukraine if the government did not fire the Chief prosecutor who was investigating the gas company on which his son Hunter Biden served on the board, is more than suspicious. It reeks of corruption !

Hunter received over $80,0000 per month for doing nothing! He knows nothing about energy, does not speak Ukrainian, and yet he is put on this Board because his daddy is the VP of the US. Biden got the Prosecutor fired because he was investigating the company that was paying his son. : Biden is quoted as smugly saying, after he threatened the Ukraine president and the prosecutor was fired and son Hunter’s cushy arrangement was able to continue, ” Son of Bitch, they fired him.”

Folks, since when is it the policy of the United States to tell another government to fire its attorney general or a billion dollars in aid will be withheld? Oh and by the way it protects his son Hunter. This is corruption, this is extortion and bribery, and it is influence peddling. It was thrown right in our faces. The Obama administration covered it up and so did the media.

Joe Biden and son Hunter must be investigated. if indeed a crime has been committed, then prosecution should happen. Under these circumstances, Joe Biden should never be President of the United States.

I think the people now recognize the corruption that Biden seems to have been part of for years. This combined with his obvious mental deterioration will surely sink his ship. I predict Biden will not get the nomination for the Democrat nominee for President of the United States as a result. Thank God for that !