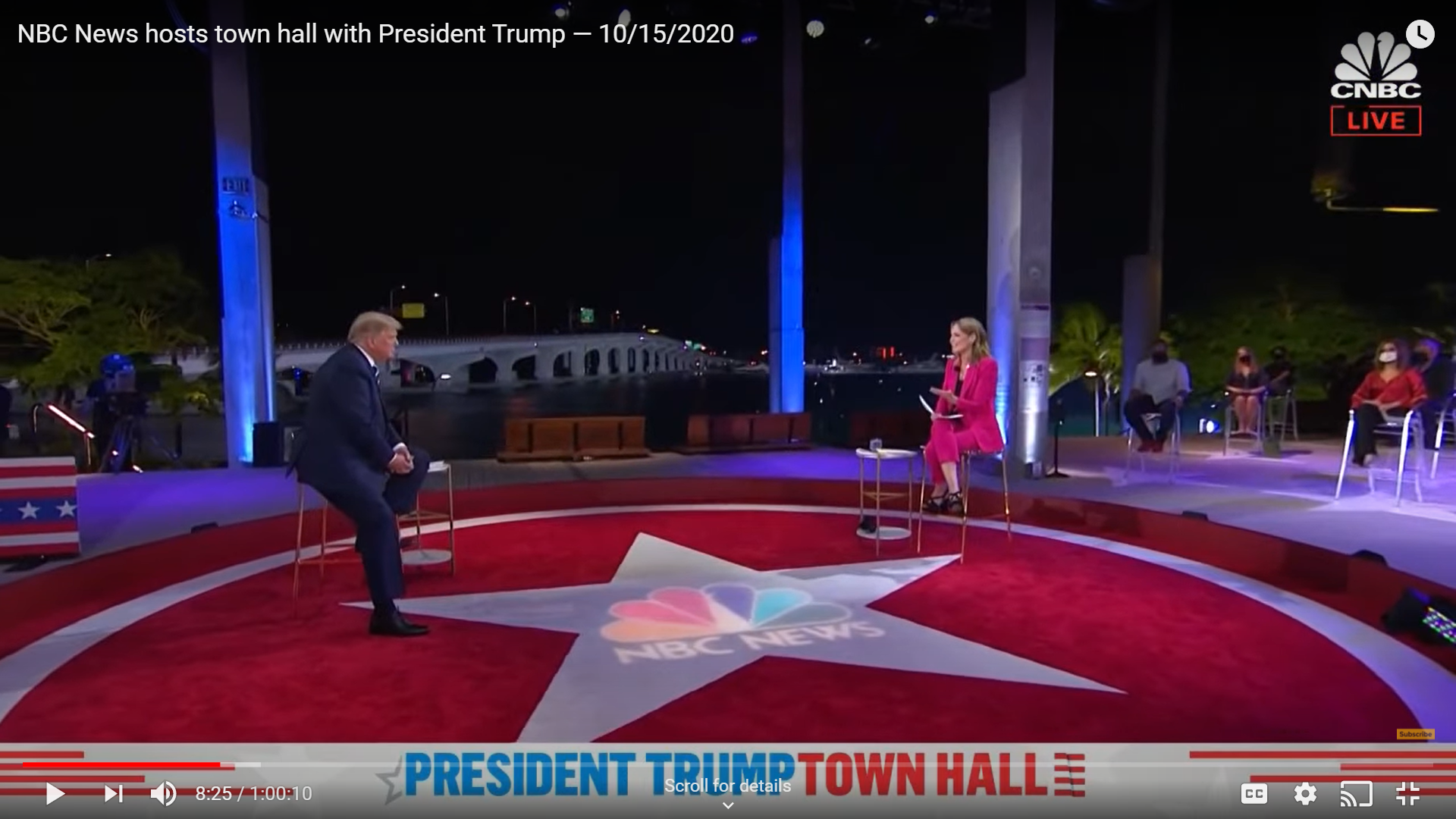 I watched and reviewed both Town Hall Meetings last night, one in its entirety with President Trump, on NBC of all places, with Savannah Guthrie as the supposed moderator and Democrat candidate Joe Biden on ABC with George Stephanopoulos  Folks, even though I am a partisan Republican who has done extensive opposition research on Joe Biden, I did my absolute best to remain objective throughout both observations.

Let me address the Biden performance first: It was nothing but “milk toast”, “vanilla”, obtuse, and softball stuff that Stephanopoulos gave Biden! No real tough questions, like “explain your influence-peddling in Ukraine, China, and Russia for the benefit of your family members-especially son Hunter,” which everybody is talking about? Biden stuttered and stammered through it, and it was boring. As usual, Biden was given a pass and as expected, the concerning corruption was not addressed! That is all I have to say about that.

Folks, as to the NBC Town Hall, held in Miami, the words that come to mind are Blockbuster, Grace Under Pressure, and well-prepared. Donald Trump, in the face of one of the most outrageous, unprofessional, TV moderations I have ever seen by Savannah Guthrie was truly spectacular. No doubt, Donald Trump is back big time. The event was supposed to be a Town Hall meeting, however, it became a caustic debate between the malicious NBC moderator, Savannah Guthrie, and President Donald Trump. The bias and obvious attempts at innumerable “Gotcha” questions, indicated right up front, what the intent of NBC and Savannah Guthrie clearly was about. Donald Trump was specific, firm, and resolute, and made Guthrie look exactly like what she is, a mean-spirited, liberal hack that does not know how to do her job fairly and properly. How many times does Donald Trump have to say he is opposed to “White Supremacy”, how many times do left-wing journalists like Guthrie ignore Democrat-funded organizations like “Antifa”?

Trump made Guthrie choke on her words and her obvious frustration at being totally outgunned by the “Donald” was spectacular. In my view, Savannah Guthrie hurt her career and President Trump helped himself toward a victory in November. President Trump has had everything in the political book thrown at him by the left beyond anything imaginable. Last night he rocked!