Is Delaware’s Leo Strine’s Ego Out of Touch with reality? 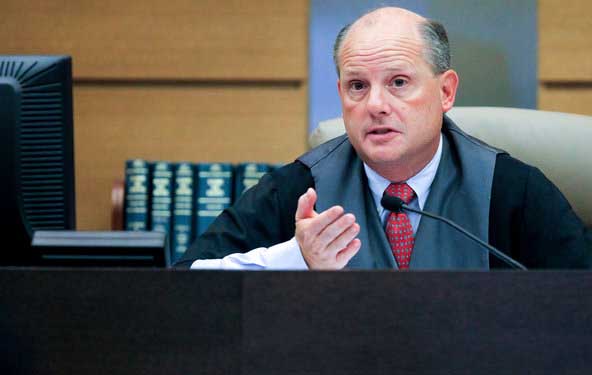 I’m seeing on Professor Stephen Bainbridge’s web site how Leo Strine, the former chief justice of Delaware’s Supreme Court, has anointed himself with more accolades than the Queen of England?

Apparently nicknamed the “Manchurian Candidate”, Strine is in my view, a Doomsday Prepper—not for his own doomsday—but for Delaware’s economic doomsday. Frankly, I believe his leadership helped lead an already economic downturn to new lows in Delaware.

He’s a “Limousine Liberal” that claims to have supported workers all along. After seeing the results, someone should ask TransPerfect workers what Strine & Andre Bouchard did with the $300 million collected from that case?

When you obviously have operated with appearances of impropriety and apparent conflicts of interest in the TransPerfect debacle, I have to wonder if he actually did pull off the largest business heist in judicial history?? If he did, I would imagine his already inflated opinion of himself grows—no matter how scandal-ridden his past?

Kudos to Professor Bainbridge for having the balls to call foul on one of his own, Leo Strine, who’s ego seems to clearly dominate every decision.

He is called the “Manchurian Candidate”, Leo Strine. See the clever note from Distinguished Professor Bainbridge below.

What do you think of a man with such issues that he’s bloated his title 10 times, folks?! Would love to hear your thoughts.

Leo Strine must be more important than the Queen of England

I was recently reading a new paper from Leo Strine and noticed the amazing number of titles he now holds:

My first thought was, how do you decide which title to list first? But then I noticed something. CJ Strine’s titles add up to 60 words. In contrast, the Queen only needs 33 words:

Elizabeth II, by the Grace of God, of the United Kingdom of Great Britain and Northern Ireland and of her other realms and territories Queen, Head of the Commonwealth, Defender of the Faith.

And she reigns over a Commonwealth of 54 nations with a total population of 2.4 billion people!