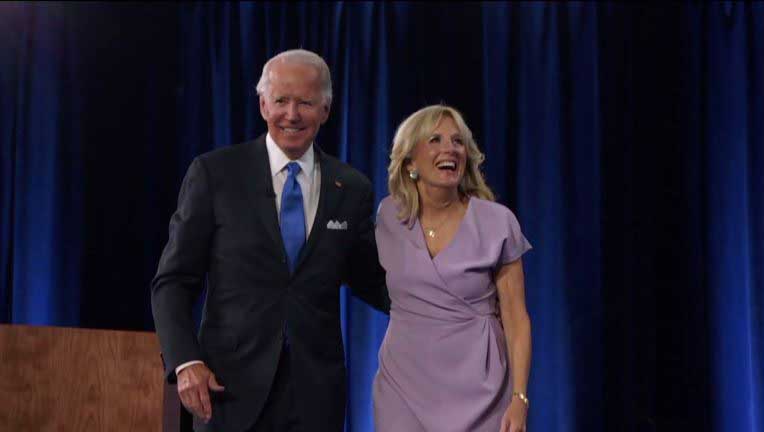 I write about many things, especially about political issues. I am a serious communicator with a viable network of readers and I have a Website called the CoastalNetwork.com. I also happen to be from Delaware. In August, I had a few conversations with Bill Stevenson, who was once married to Jill Biden from 1970 to 1975, who is now married to Joe Biden, the Democrat candidate for President of the United States.

If Joe Biden is elected, there is no doubt in my mind that America will change drastically and all hopes for prosperity will be destroyed. I believe this situation makes all things relevant and significant, especially since Bill Stevenson claims he has written an autobiography with some pages dedicated to the Bidens which contradicts most of their early story!

When I consider the despicable actions of Joe Biden throughout his entire career, especially the defamation of Curtis Dunn, who he accused of drunk driving after his wife Nelia killed herself and her infant daughter by running a stop sign and t-boning a truck, driven by an innocent man, I get so angry and frustrated, I grit my teeth. Biden did this for pure political points and this grotesque lack of character should have eliminated him completely from being a candidate for President.

Where was the press, where were the political TV ads?? Then the outrageous influence-peddling for the benefit of his son Hunter who was kicked out of the Navy for cocaine use, who used his father’s influence. to acquire millions of illegitimate dollars from the Ukraine, from China, and from Russia, the situation has become untenable. Biden is a serial liar and that fact is being covered up by the biased media. After the validated, disconcerting stories about the Bidens from Bill Stevenson (notice I use the plural here), and the limited time left before the election, I am obligated to bring it up again as a follow up to several sensational articles that went viral on the internet.

This story must be written now with less than 3 weeks left before the election. There is a frightening possibility that the most corrupt politician in U.S. history could become the leader of the free world. I don’t know the name of the book or when it will finally be released — it could be released after the November election. That realization concerns me greatly, which is why I must go forward with this column, regardless if the book is published or not or what it even says.

I must state for the record that everything in this op-ed was told to me by Bill Stevenson as being factual. Much of the additional evidence I have gleaned from my own extensive research indicates the information he told me indeed actually happened. The events he shared with me substantiate the already-existing rumors about Joe and Jill Biden and their blatant dishonesty that many Delawareans already know.

I am certain, when he awakened, the day after the story broke before Bill was ready, after an unfortunate misunderstanding for which I take responsibility, to see reporters and TV cameras surrounding his house and probably receiving severe criticism from many New Castle County liberals who think fake, liar Joe Biden walks on water, and realizing as I do, that Joe Biden is dangerous, who I believe will, and has,weaponized the FBI, the IRS, and the CIA to get revenge, could be of deep concern. Just ask General Mike Flynn who I have met. I think Biden has a vicious, corrupt character, and has the connections to use his power to hurt people. I believe he already did it once to Bill Stevenson. He must never be our President!

I believe I have a duty and a quest to see that this story is revitalized and retold before the November 3rd election. When I consider that the fallacious story of Joe and Jill Biden’s cleverly made up and disguised story of their original connection, which was promoted for political purposes and was used as a “PROP” at the Democrat National Convention, it makes my blood boil. Folks, here is what I heard from Bill Stevenson’s mouth to my ears:

Stevenson was the founder and operator of the Stone Balloon and Concert Hall in Newark Delaware, where Bruce Springsteen once played for 5 hours, setting up one of the most successful nightclub enterprises in Delaware history.

Bill Stevenson and his wife Jill, both worked on Joe Biden’s original campaign in 1972 and Bill donated around $11,000 personally to Biden and promoted him in every way possible through events at the Stone Balloon. Joe Biden and his first wife, Nelia Biden, who was killed in the suspicious auto accident that was her fault on December 18, 1972, less than a month after Joe Biden’s original election, knew Bill and then Jill Stevenson in 1972 and Bill has photographs of them together in the Bidens’ kitchen! All contrary to the phony story the Bidens tell. “How could they forget something like that?” Bill recently, publicly stated in a national TV interview.

The Bidens’ claim that they did not date or meet until 1975 is patently false, which makes Jill Biden’s book, “Where the Light Enters” (which I read with great umbrage, considering what I know to be true), an outrageous lie and casts a dark shadow over Joe Biden’s candidacy. The book is clearly illegitimate and shows that Jill Biden has suborned most of Joe Biden’s life as a serial liar and a corrupt politician.

I have pulled a well-known quote from Jill Biden, which is in her book and she describes a blind date with Joe Biden in 1975, supposedly arranged by Joe Biden’s younger brother Frank, “I was a senior, and I had been dating guys in jeans and clogs and T-shirts, he came to the door and he had a sport coat and loafers, and I thought, ‘ God, this is never going to work, not in a million years,’ Jill told Vogue Magazine. “He was 9-years older than I am! But we went to see ‘A Man and a Woman’ at the movie theater in Philadelphia and we really hit it off. When we came home…. He shook my hand good night… I went upstairs and called my Mother at 1 am and said, ‘ Mom, I finally met a gentleman’. Folks this is not how Jill and Joe Biden first met, it is an absurd prevarication. I guess she never considered her first husband Bill Stevenson as a gentleman or that he might write a book someday?

Folks, the premeditated depths of this fiction for the obvious purposes of fooling the American people is remarkable and must be exposed. If I was an undecided voter, this story would clearly influence me to vote for Donald Trump, so it might make a difference.

Bill Stevenson tells the story, in early 1974, having already

developed suspicions, when Jill refused to go with him to meet Bruce Springsteen, who Bill was driving to New Jersey to pay in advance before his performance at the Stone Balloon. “She had promised to look after Joe Biden’s boys” during that time. Stevenson began to wonder, because even though they knew the Bidens from the campaign, he did not think they were that close. Folks this is way before the absurd tale of Jill’s blind date with Joe in 1975.

Bill told me that Jill seemed to be depressed later in 1974, so to cheer her up, he bought her a brand new, brown Corvette. One day a gentleman knocked on his door and informed him that the ”Brown Corvette had backed into his car damaging the front to the tune of $650 and they promised to pay for it, but never did.” Bill said, “They, who is they?” The man said, “Joe Biden was driving the car, Mr. Stevenson.” Bill wrote the guy a check and later confronted Jill, who had no answer. He told her she then had to move out and he knew for sure Jill was clearly involved in an affair with Joe Biden, Delaware’s new U.S. Senator. I asked Bill Stevenson how he felt at the time about the fact that Jill was having an affair with Joe Biden? He said, “You know, I was terribly hurt by it, but I was also just as hurt and disappointed by Joe Biden, who I thought was my friend — having helped him in so many ways to get elected.” Bill had also been told by a friend that Jill and Joe were getting unusually friendly.

From my own extensive research, I was told by eye-witnesses that Joe Biden and then Jill Stevenson, in her brown Corvette, would often meet at Midway Gulf — a gas station on Limestone Road near Newark, and were often seen being affectionate throughout 1974.

Later on, after the sale of the Stone Balloon, Jill Biden tried to get half of all of Bill’s assets in a nasty court battle which the Bidens completely lost. Bill Stevenson, was shortly thereafter indicted for bank fraud on a trumped up, mysterious charge of filing a false bank statement for an $8,000 car loan. He was convicted and had to pay $1,000 fine. I learned from my research that pressure from Joe Biden on bank officers and prosecutors was implemented and Stevenson was unjustly violated on a charge that is rarely used, unless you stiff the bank, which he didn’t.

Folks, many married people have affairs and marriages break up, that is not the issue here. The issue is the fact that Joe Biden is now running for President of the United States. Jill and Joe Biden have promoted, sensationalized, and presented for political purposes a touchy-feel good, fake story in a published book and used it as a “Prop” at the Democrat National Convention which was on national television. It was a basic cover-up for a seedy relationship and a fantastic lie that was the beginning of Biden’s entire career of lies and corruption during his second marriage to Jill Biden. THAT IS THE POINT OF THIS OP-ED.

I have no idea where this article will go — if anywhere. I must pursue every possible solution. If the American people elect Joe Biden without knowing the truth about him, it will be the most significant fiasco in history. The United States of America is on the brink and the truth about Joe and Jill Biden in every detail must be known. This grotesque false profit must not be elected.

Bill Stevenson recently stated on Facebook that nothing in his book will affect the election and he is a bit coy about if or when it will actually be released. That doesn’t change the words he said to me nor his many public statements contradicting the entire Biden story. So be it.