Judson Bennett: My View of the Presidential Debate 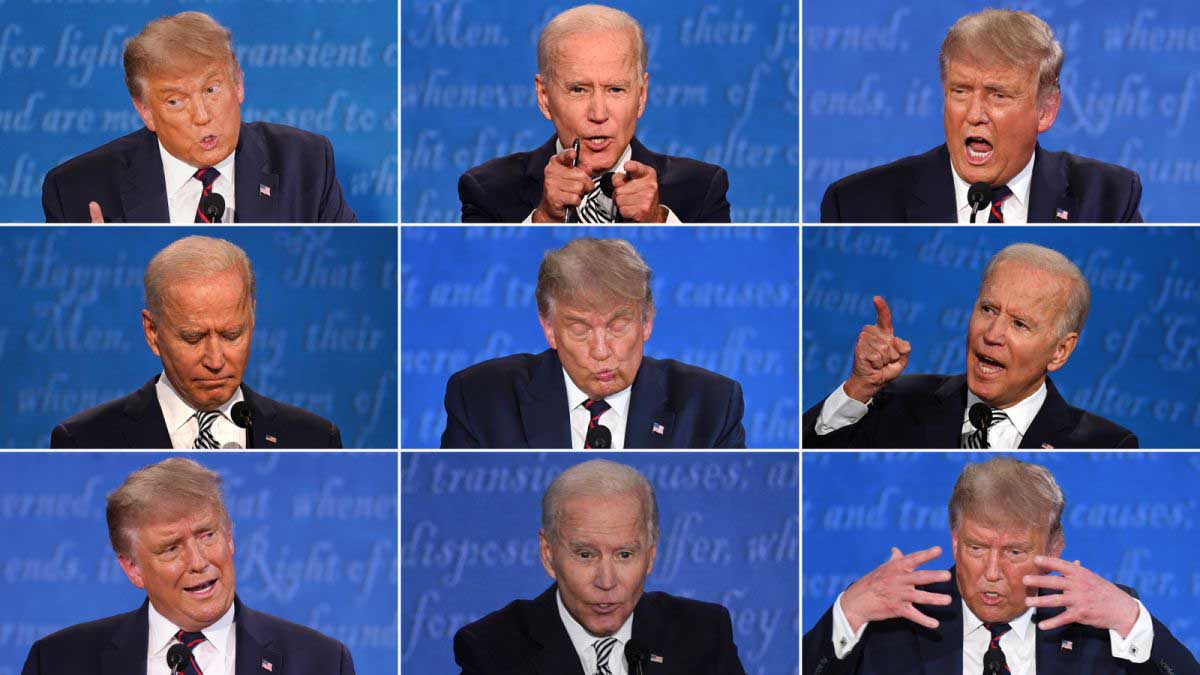 I am truly disappointed and disgusted by the Presidential Debate that was poorly moderated by Chris Wallace of Fox News. Interestingly, Donald Trump scored substantial and relevant hits on Joe Biden throughout, but the rude, overbearing interruptions that Trump perpetrated from the very beginning when Biden was talking, denigrated the effectiveness of his valid points. Then Biden, who was misrepresenting practically every issue, also started interrupting Trump when he was speaking.

Wallace, who definitely was giving Biden more time and not allowing Trump to answer, lost complete control of the whole situation. In my view, the event was a pathetic debacle that was nothing more than a vitriolic, shouting match and name-calling between the President of the United States and the former Vice President of the United States, run by an incompetent and biased Moderator in Chris Wallace. The whole event was embarrassing!

Frankly, if Trump had allowed Biden to speak uninterrupted, he would have been able to debunk him much more effectively. The President was able to make substantial points on the economy, and especially on law and order. I found it reprehensible how Wallace harped on White Supremacy groups, actually creating a false scenario for the benefit of the left, indicating that militias were the problem, rather than Antifa and BLM.

Wallace clearly showed his bias, however, Trump made an irrefutable point in showing Biden’s commitment against the police and his refusal to acknowledge Antifa as an organized anarchy group. Law & Order are not Biden’s priority, which Trump was clearly able to establish. Biden wouldn’t answer a question on stacking the Supreme Court and Trump kept interrupting but made a point. Trump tried to expose the Hunter Biden corruption, and Wallace killed that attempt — not allowing Trump to push the subject, and Biden escaped again because Trump kept interrupting him and the moment, again, was lost.

One relevant issue is Trump was able to get Biden to say that he was now the Democrat Party and he got Biden to waffle somewhat on AOC’s Green New Deal. Biden indicated he no longer supported Bernie Sanders’ manifesto, which he agreed to. Once he won the nomination, he has apparently double-crossed the progressives, and Trump was able to point out that Biden might lose the left.

Folks, regardless of the minor successes that Trump scored, the obnoxious, loud cross-talking between the contestants, dwarfed any clear understanding from the audience and scratched out any recognizable logic. I give Trump the edge on substance and I give both candidates along with the moderator a complete failure on tone, gentility, and professionalism.

At this point, I saw no significant blood, and those who are undecided remain undecided. I believe this election could go either way. However, Trump needs to step it up and perhaps utilize some of the opposition research that is readily available, or at least it should be?