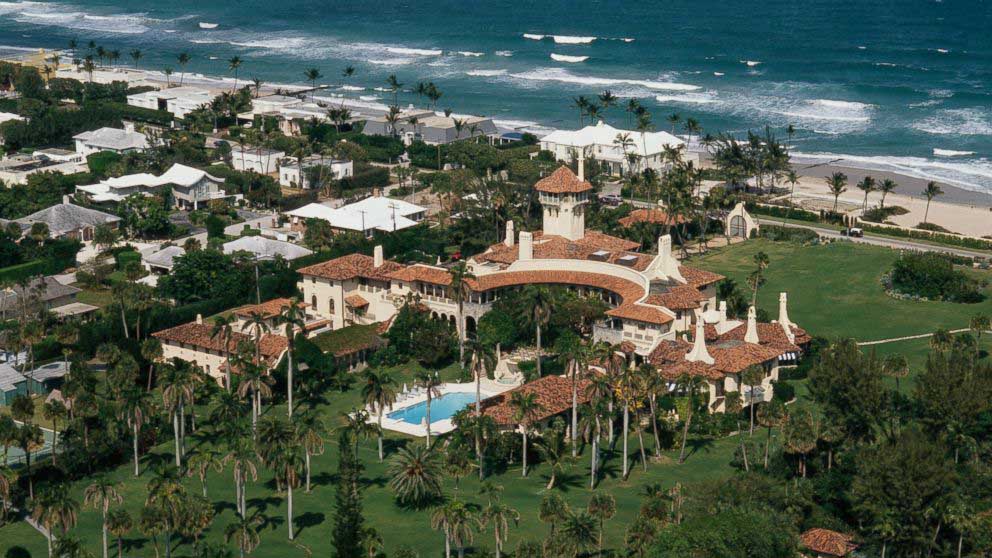 I often get annoyed, and at the same time amused, at the absurdity and ludicrousy of many of the Palm Beach liberals. Now these looney-tunes in their typically elite, yet malicious manner, want to make President Trump’s life more difficult by saying he can’t live at Mar-a-Lago after his Presidency ends. Folks, he is the owner, not just a club member, so he can live on the property. He will go to court if necessary and these snooty Palm Beachers will get their liberal asses handed to them, once again, as they have in the past.

From an economic point of view, what could be better than as a neighbor to have a former President live near you? Talk about elitism, talk about an increase in property values — these idiots are being stupidly petty in their objections to the point of absolute non-intelligent reasoning.

Interestingly, the folks that are really going to have a legitimate complaint are the residents of Rehoboth Beach, Delaware, which is where I used to live — residing actually both in Lewes and Rehoboth at different times. I am totally familiar with the area. The north end of Rehoboth is called North Shores and it has one road in, one road out. It is going to be the weekend White House for Joe Biden. Every weekend, in order to provide proper security, the ocean beach will be closed for fishing and swimming, the boating off the beach will be restricted for 2 miles, the road in and out will have secure check points, and the Lewes/Rehoboth canal behind Biden’s house will have to be restricted. The neighbors in Henlopen Acres and North Shores are going to see their lives change every weekend and the travel at certain times on Route 1 — when Biden is coming or going, it’s going to become a more congested nightmare than it already is!

Please read the ridiculous article below about how Palm Beachers are concerned about Trump’s future living arrangements, however these concerns pale in comparison to the reality of Joe Biden’s summer and weekend property in lower, slower Delaware and how a residential nightmare is soon to begin in Rehoboth Beach.

Scroll down to read the article:

to live on estate once presidency ends

PALM BEACH — President Donald Trump and the first family should not expect to be welcomed to the neighborhood with open arms when they move from the White House to Mar-a-Lago — dubbed the Winter White House by the soon-to-be former president.

West Palm Beach attorney Reginald G. Stambaugh sent a letter to Palm Beach Mayor Gail Coniglio and the Town Council on Tuesday laying out the legal reasons and security concerns that should bar Trump from living at his private club.

According to Stambaugh, Trump has violated an agreement he entered into with the town after lengthy, contentious meetings in 1993 over his commitment to preserve the 18-acre estate if the town allowed him to turn Mar-a-Lago into a club.

It wasn’t the only letter Coniglio received on the topic this week. A fax pocked with grammatical and spelling errors sent by an organization few knew anything about arrived Thursday expressing similar concerns.

“Neighbors of Mar-a-Lago, have a message for the outgoing commander in chief: We don’t want you to be our neighbor and break our laws,” read the opening salvo from the group calling itself The Palm Beach Committee.

“When Mr. Trump vacates D.C. the majority of town residents and your constituents; Do Not want Trump to erect a new home or take permanent residence at Mar-a-Lago Social Club,” the committee added.

The fax does not identify members of the committee; Coniglio said she had never heard of it. It claims it, too, says Trump lost the right to live at the estate when he entered into the agreement in 1993. And it raised the specter of fervent and controversial Trump supporters showing up in the neighborhood.

“Trump is not above the law where he can flip / flop the town charter, laws and signed agreements to suit his personal whim,” the fax read. “We do not (want) Proud Boys, Skin Heads, Neo Nazi Crazies visiting Trump proposed new PB residence. We hope you agree!”

Stambaugh also sent a copy of his letter, first reported by The Washington Post, to the Secret Service, which has not yet revealed security plans for Mar-a-Lago once Trump’s presidency ends.

The town of Palm Beach was especially leery of Trump at the time he negotiated to convert Mar-a-Lago into a club. A year earlier, he had failed to convince the council to allow him to subdivide the property and build mini-mansions.

Under the agreement, the club’s 10 guest suites could be used only by members and their guests for a maximum of three times a year and for no longer than seven days at a time. And those seven-day stays couldn’t be strung together consecutively.

However, there remains the question of whether Trump – as owner of the corporate entity that owns the club – should be considered a member or an owner. Trump purchased Mar-a-Lago in 1986 and lived at the estate during the season with his first wife Ivana and their children.

Trump and his attorney, Paul Rampell, presented Trump’s plan to convert Mar-a-Lago at a Town Council meeting on May 13, 1993. Rampell assured the council that Trump would no longer live at Mar-a-Lago.

“Another question that’s often asked to me is whether Mr. Trump will continue to live at Mar-a-Lago,” Rampell said during the presentation. “No, except that he will be a member of the club and and therefore will be entitled to the use of guest rooms.”

But all of Rampell’s verbal assurances did not make it into the agreement. There is no language about whether Trump — as owner — must abide by the rules about overnight stays that apply to members. Neither Rampell nor the Trump Organization returned a request for comment.

While the agreement does state that “the land shall be used as a private social club” and the club must abide by the uses allowed and prohibited by the agreement, the only reference to using it as a private residence is if the club shuts down.

Trump’s status and right to live at Mar-a-Lago have never been formally challenged.

“As everyone knows, President Trump is already in violation of the Use Agreement by using Mar-a-Lago in excess of the allotted time,” Stambaugh wrote in his letter. “This violation (as well as others on record) will continue without Town intervention.”

Stambaugh also cited health concerns caused by a microwave security fence on the property “which is known to cause permanent brain trauma and other debilitating injuries.”

Stambaugh said his client, whom he did not identify in his letter, “exhibits symptoms of exposure.” Stambaugh did not respond to a request for comment.

Stambaugh said neighbors also are concerned about “significant devaluation” of their property because of Trump’s visits to his club, some lasting nearly two weeks.

Trump has made more than 30 presidential visits to Mar-a-Lago. During that time, residents and their yard workers, pool cleaners and other staff have had to pass through security checkpoints to reach their homes.

This week’s complaints from Mar-a-Lago neighbors are not the first Trump has faced since becoming president. Neighbors fiercely complained when Trump requested a helipad be installed on the estate’s back lawn. The Town Council agreed, provided it be used only for presidential business and be removed when Trump leaves office.

Trump butted heads with neighbors again in February 2019, when he sought approval to build a dock there. The council shot down his request, but Mar-a-Lago renewed its request in May, saying only Trump family members would use the dock. The club quickly withdrew its request.

However, none of the neighbors’ complaints recognize that Trump, too, is himself a neighbor of Mar-a-Lago. Trump-affiliated businesses or family members own two homes just north of Mar-a-Lago and an oceanfront estate on the north side of Mar-a-Lago’s beach.

Although Trump and the first lady switched their legal residency from New York to Mar-a-Lago last year, there would seemingly be no obstacles preventing Trump from living in another nearby Trump property.

As for what happens next, Coniglio said a formal request would have to made for the council to take up the matter.

“I think it’s obvious we need to take a deeper dive into things and get some legal advice,” Coniglio said, adding that the issue could “simply be a code-enforcement violation.

“Like any issue in Palm Beach, it will take on a life of its own.”