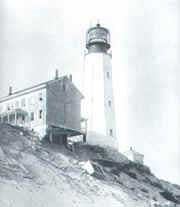 If someone had told me I would be living alone in a one-bedroom apartment, in West Palm Beach, Florida, these days, as a senior citizen with a cat named Miss Josephine who I adore, I would have said they were crazy. Well folks, indeed that is the situation. After my darling wife, Maria died of breast cancer 7 years ago in Delaware, I decided to seek a new life in South Florida. It started with a failed romance in Palm Beach with, interestingly, a woman who I had first dated when I was 18 and was my first girlfriend. After that relationship failed, I was the victim of an Eastern European gold-digger. So, I decided to take a major pause from all women, for a time.

Needless to say, this coronavirus has made my hiatus from the opposite sex a necessity and has given me much time to reflect on the past and my former life in Lewes, Delaware, where I made my living as a ship’s pilot and raised my family. Much of my reflection lately has been about my childhood and the way it was in Lewes, Delaware in those days.

My parents had a wonderful house right on the beachfront on the Delaware Bay. I spent my days in the summer, swimming, fishing, boating, and crabbing. Lewes was a conservative town with conservative values. Indeed, life was different. I remember the old Lewes Movie Theater. The price of admission when I was a kid was 20 cents. My mother would give me a quarter, so I would buy a Peppermint Patty candy for 5-cents! Times sure have changed.

Lewes was a wonderful community to grow up in, to make a good living, and to raise a family. Nestled at the mouth of the Delaware Bay, it for years was an undiscovered paradise with fabulous fishing and safe beaches for small children. Unfortunately, but indeed good for real estate values, Lewes has become a bastion for liberal folks to retire and they now control the town. Unheard of things like impeach-Bush protests, and worse, occurred every Sunday.

Being a Republican leader — while favoring managed growth — my ideas of the right kind of government in liberal Delaware are no longer compatible with the new population, especially in the first town in the first state. Nowadays, things like making Delaware a sanctuary state and making it a destination for late-term abortion are disconcerting facts of life. The legislature is allowing its courts to become compromised and lately the small wonder has become a police state with Governor Carney showing his true authoritarian colors!

So here I am these days, working like hell against Delaware’s corrupt Joe Biden and working like hell to re-elect President Donald Trump here in Florida. My biggest worry is survival, as I am now a senior citizen and although in good shape, I do have diabetes, so I am at greater risk if I catch this damn virus. I just felt like sharing a little stuff.

God bless you all! Below is a brief history of Lewes which you might find interesting.

A Brief History of Lewes

histor1 “Twenty-two years after it was discovered by Henry Hudson on an August evening in 1609, the point of land separating the Atlantic Ocean from the Delaware Bay, now known as Cape Henlopen, was selected by the Dutch as an ideal site to establish a whaling station. It was not an auspicious undertaking. The thirty-two settlers were destroyed by a group of local inhabitants, as a result of a dispute over a Dutch coat of arms the settlers had mounted on their settlements.

In 1862, the land which now comprises the State of Delaware was conveyed to William Penn by the English Courts at which time the embattled settlement was named Lewes (loo-iss) in honor of the town in Sussex County, England.

But the travail was not over yet. The town was visited by Captain Kidd and other pirates as late as 1698. And then during the War of 1812, a British frigate bombarded the town. The casualties were a wounded pig and a dead hen. One of the town buildings still proudly wears an embedded cannonball from the bombardment.

Through all of its hectic history, Lewes has been essentially a seafaring town. Blessed with an excellent harbor, it still remains an East Coast port of call and is home to a large fleet of charter fishing boats stationed on the canal along Pilottown Road. It is likewise the base of the Delaware Bay and River Pilots Association, whose members guide cargo vessels to and from the ports of Wilmington and Philadelphia. Lewes is also the site of the University of Delaware College of Marine Studies and is the southern terminus of the Cape May-Lewes Ferry.”