The Delaware Judicial System Circles the Wagons and Protects its Own 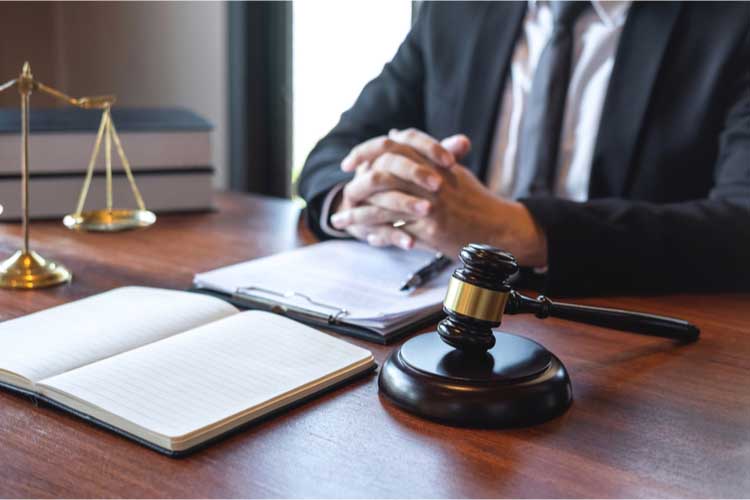 Opinion
Dear Friends,
Outgoing Chancellor Andre Bouchard’s, in my view, corrupt “Good Ole Boys Club” circles the wagons, protecting him until his last day and breath on the bench. It’s truly sad for America’s First State, that this behavior is condoned, and the Delaware Supreme Court rubber-stamping in favor of their boy Bouchard has happened. Outrageous!
Kevin Shannon’s firm, Potter Anderson, argued Bouchard was innocent of the crimes of moral turpitude he was accused of — and what a huge surprise — Bouchard found innocent, yet again!?!
In my opinion, if it wasn’t such a sad statement on the lack of judicial integrity in Delaware — it would be comical!
Read the Law360 story below for the all sordid details. Would love to hear from you on this one, folks. Such a calamity!
Respectfully Yours,

In a 48-page per curiam opinion, the Delaware Supreme Court agreed with a trial court’s finding that Vice Chancellor Donald Parsons wasn’t obligated to recuse himself from presiding over Meso and Roche’s contract dispute when Bouchard, who was counsel for Roche at the time, began representing the vice chancellor and other judicial officers in separate civil rights litigation brought against the court.

“On this complaint, it is not reasonable to infer Vice Chancellor Parsons’ alleged judicial ethics violation — even assuming it occurred — caused any reasonably conceivable harm, much less serious harm,” the opinion says.

The decision marks an end to Meso’s 2019 lawsuit that asked the court to reopen a years-old breach of contract dispute between Meso and Roche Diagnostic GmbH, vacate the post-trial judgment in favor of Roche and order a new trial.

Meso claimed that now-retired Vice Chancellor Parsons should have recused himself from deciding the earlier dispute because of alleged conflicts created by Bouchard’s representation of Roche when he worked at Bouchard Margules & Friedlander PA.

Then-litigator Bouchard represented Roche in the contract case in 2010 and a year later he also began representing the Court of Chancery and its judicial officers, including Vice Chancellor Parsons, in a civil rights case pending in federal court. Bouchard continued to represent the judicial officers through March 2014, when the U.S. Supreme Court denied a petition for writ of certiorari that he helped draft on behalf of the judicial officers.

A month later, Bouchard left the Meso-Roche case and in May 2014 he took his current position as chancellor. Less than two months after that, Vice Chancellor Parsons issued a judgment against Meso in the Roche contract case.

Meso argued in its February 2019 suit that Vice Chancellor Parsons had been influenced by Bouchard’s representation in the civil rights case, and that his failure to disclose the conflict and recuse himself violated Meso’s due process rights.

But in May, the trial court tossed Meso’s case, finding that Meso waited too long to raise its challenge and that the case didn’t present an “extraordinary circumstance” warranting recusal, particularly since finding otherwise now would severely prejudice Roche by disturbing a nearly seven-year-old, post-trial judgment.

The trial judge also noted that the federal case was against all judicial officers in their official job roles and it merely sought to prevent confidential arbitrations, so even if Bouchard’s representation of the vice chancellor violated ethics rules, there’s no evidence it harmed Meso.

Meso appealed the ruling, reiterating its arguments that Vice Chancellor Parsons should have recused himself and that the judgment in favor of Roche violated Meso’s procedural due process rights and must be voided.
But during a hearing in December, Roche called Meso’s arguments “weak” and “thin,” and said Meso has not shown an egregious conflict that would justify setting aside the judgment. Roche also argued that the “rule of necessity” allowed Vice Chancellor Parsons to preside over the Meso-Roche litigation, because based on Meso’s reasoning, all of the court’s judicial officers named in the federal litigation should have been disqualified.

In its opinion Monday, the state justices affirmed the trial court’s ruling, but declined to address Roche’s rule of necessity argument, noting that the trial judge had not analyzed it.

In their reasoning, the justices pointed out that the Delaware high court’s 1991 holding in Los v. Los clarified that the mere fact that a judge is an adverse party in another proceeding “will not, by itself, result in automatic disqualification,” and litigants aren’t allowed to “‘judge-shop’ through the disqualification process.”

However, the justices said the policy concerns at issue in Los aren’t at issue in the instant case, because Meso didn’t instigate the other litigation in which the alleged conflict occurred.

The justices agreed with Meso that Vice Chancellor Parsons should have “at a minimum” disclosed Bouchard’s representation. Still, the high court concluded that the vice chancellor had no “financial, reputational or other personal stake” in the civil rights suit and Meso’s allegations “very clearly” have not met the high bar required to justify vacating a final judgment.

The opinion also concluded that the trial judge didn’t err in finding Meso waited too long to raise its legal challenge, and therefore the lower court was right to toss Meso’s suit.

Counsel and representatives for the parties didn’t immediately respond Monday to requests for comment.