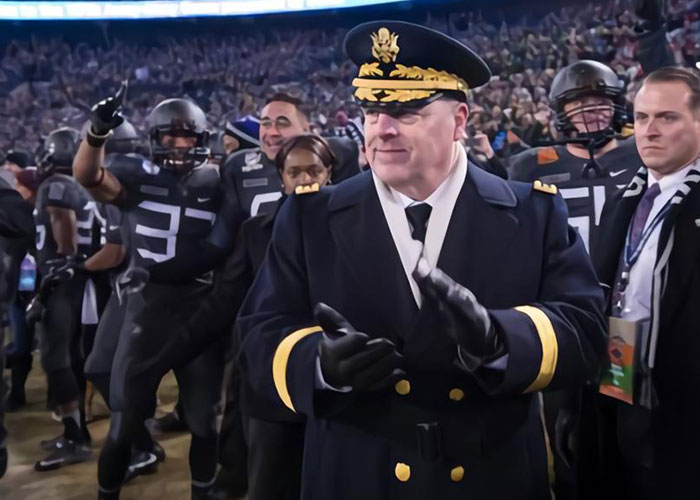 Folks, I write this dissertation with great concern and frankly in amazement at the apparent operation and incompetence of General Mark Milley, the United States Chairman of the Joint Chiefs of Staff, who according to Bob Woodward in his latest book, might have committed treason? The basic job description of this military position is to advise the President militarily. Our President is our constitutionally designated, civilian Commander in Chief. When I consider the history of the Obama administration, the Biden operation in China with son Hunter selling his father’s influence for billions of dollars to the Chinese government, and the huge abundance of untapped, natural resources that exist in Afghanistan, including lithium, gold, copper, and iron ore, that will be utilized by China, along with the establishment of a perfectly located military base, I have to wonder about a long term conspiracy involving all the players going forward? This is way too coincidental, in my view, and the arrogance is earth shaking. None of it makes sense, unless you dig deep and look at exactly what has transpired.

Before going forward, it must be mentioned again, that the timing, the decisions, the orders, the total debacle in Afghanistan was the absolute responsibility of President Joe Biden who it appears was led by the hand of General Mark Milley. The decision to abandon a strategically located and easily defended airbase near the Chinese border; leaving behind billions of dollars of military hardware for the Taliban (making them the best equipped terrorist organization in the world) was pure lunacy. To allow the Taliban to take over Kabul, to surround the Kabul Airport, eventually leading to the bombing, assassination of 13 US service people, the deaths of hundreds of civilians and countless others who were severely wounded, was beyond stupidity and acute incompetence. To make matters worse, leaving behind hundreds of Americans and possibly thousands of Afghan allies, was grotesque in its entirety. Biden and Milley— the decisions are complete absurdity and absolutely unacceptable by any logical standards, setting the perfect stage for China to be the supreme operator in Afghanistan, thus controlling everything.

Now let us go further back in the Trump administration. According to documented evidence by writer Bob Woodward, General Milley contacted his Chinese Counterpart and informed him that “China was under no threat from the US.” He also apparently told him “if there was going to be an attack, he would warn him ahead of time.” President Trump was neither informed about this conversation before it happened or afterwards. Folks, if this actually did happen, General Mark Milley, the Chairman of the Joint Chiefs of Staff has committed treason and has compromised the security and safety of the American people.

When you combine, so many things, HUNTER BIDEN—Billions spent by the Chinese Government for influence with Vice President Joe Biden, General Milley, while acting as the Chairman of the Joint Chiefs, under Trump apparently betrays the administration, covertly talks to the Chinese military (Treason?), then Afghanistan debacle—basically giving our airbase to China, freeing up their huge military influence and economic benefits from mining the abundant natural resources. Let us look at China folks—Hunter, Joe, Milley, Wuhan Virus, China, China, China!!! If what I believe is true, then General Milley should be terminated and prosecuted for selling out our country. Never in my life have I seen such audacity and corruption in this remarkable Republic called the United States of America.

If anybody wants to destroy the United States, the Biden/Milley plan seems to be the way to go. It is hard to believe anybody could be that stupid? Folks, our freedom is at stake and something must be done. It is all just too much, all things considered?