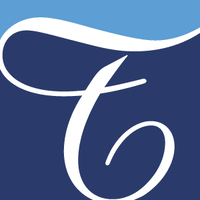 That same company is now sponsoring The TransPerfect Music City Bowl. Take that, Bouchard! I wonder if this breaks the speed record for companies who have been dissolved by a suspect Chancellor for dysfunction — to now be sponsoring a major college football bowl game?!

Looking back, in my opinion, it looks like Bouchard, through his subjective rulings, milked and seemingly caused upwards of $250 million to be taken from this successful company.

So outrageous, folks! Once again, I call upon the Delaware General Assembly to investigate this — and Skadden Arps billings in particular — as the Chancellor is apparently a notorious Skadden Arps alumnus and supporter.

Better for this company to spend its money as it wishes, not as Bouchard wishes. That’s capitalism at work. I congratulate TransPerfect and CEO Philip Shawe for this exciting news. I’m a big college football fan, and you can bet I’ll be watching!

Quite a moment for the employees and the CEO of this great American success story that were and are still, in my opinion, being taken to the cleaners by Bouchard and his Good Ole Boy Delaware cronies. Credit to Nevada and Tennessee for embracing TransPerfect and treating its workers well.

Please see the Crain’s New York story below and just so you know, the company was also written up in USA Today with an Associated Press story and many other publications about this banner day for TransPerfect and its employees!

I am happy to keep the good news coming this holiday season!

Boldly going where no New York company has gone before, TransPerfect announced yesterday it will put its name in front of a college football bowl game in Nashville. Next year’s matchup will be known as the TransPerfect Music City Bowl.

“Anyone who knows our company knows that our philosophy is deeply rooted in competition, drive and winning for our clients, our vendors and our employees alike,” said TransPerfect CEO Phil Shawe, a college football fan and alumnus of the University of Florida, home of the Gators.

TransPerfect, which isn’t well-known except to readers of Crain’s, is the nation’s largest translation-services company and sports a fierce history that reads like a white-collar version of Game of Thrones. TransPerfect has 6,000 employees and says 19 of its offices around the country are located within 100 miles of a Big 10 or SEC school.
It may not be apparent how sponsoring a bowl game will generate business for TransPerfect, but anyone watching the game will surely see the company’s logo every few minutes.

College bowl games have carried sponsor names for many years, as can be attested by anyone watching the Chick-fil-A Peach Bowl, TaxSlayer.com Gator Bowl, Meinecke Car Care Bowl or even the Beef ‘O’ Brady’s Bowl. While the Pinstripe Bowl has been held in Yankee Stadium for a few years, New York companies have been mostly unenthusiastic about this sort of advertising, perhaps because the game is less popular here than in the South and Midwest.

For a few years the annual mauling of Big 10 teams in sunny Pasadena, Calif., was known as the Rose Bowl Game Presented by Citi, but the bank has since yielded to insurer Northwestern Mutual.

A 2015 study in the Journal of Sports Economics showed companies spend $100 million annually putting their names on college bowl games. “A cross-sectional analysis of changes in firm stock prices relative to corporate and bowl characteristics reveals that markets view sponsorships by large and high-tech firms negatively and major bowls positively,” the authors found.

TransPerfect doesn’t have to worry about the Music City Bowl tarnishing its stock price over its six-year sponsorship. The company is privately held.