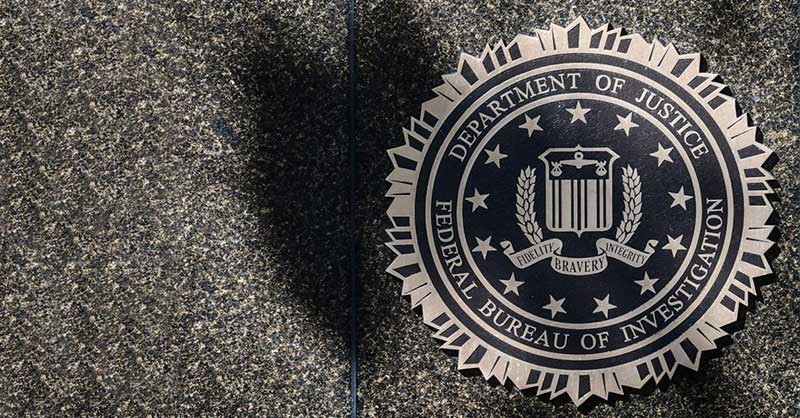 Do you remember not too long ago, it was “RUSSIA, Russia, Russia”, with the Democrats and DOJ constantly attacking President Donald Trump from the time he was elected til his Presidency ended in a compromised election, with a victory by Joe Biden, the absolute worst President in United States history!

Factual evidence of FBI corruption, falsifying documents in support of a phony hit piece paid for by Hillary Clinton, and millions of dollars of taxpayer money wasted on a baseless investigation that was ultimately proven to be totally invalid, is the unconstitutional standard of our crooked President and the crooked Democrats who support him!

To the contrary, the falsely elected Joe Biden has weaponized the FBI, which is illegally being used to harass, intimidate, and attempt to entrap American citizens.

In addition to the clear violation of our immigration laws and clear evidence of influence peddling by Joseph Biden, it has now been discovered through the heroic distribution of the “telling” censorship operations by the FBI, in regards to Twitter and it has been a shocking revelation to informed and caring Americans. Thank goodness new Twitter owner Elon Musk has our back!

Folks, the 1st Amendment to the constitution, clearly states that “no freedom of speech shall be abridged by the United States government.” When agents of the FBI (our sacred, top, supposedly trusted, law enforcement governmental agency) prevented Twitter from publishing the Hunter Biden scandal, which broke in a New York Post story prior to the 2020 election, they intentionally censored free speech, which is our most sacred constitutional right, thereby violating federal law.

Folks, we now live in a Banana Republic with a corrupt Federal Bureau of Investigation which has been created as an arm of a compromised President of the United States. The bottom line — no doubt the intrinsic and despicable rub here — is that Biden would not have been elected, if the FBI had not interfered in the 2020 election through its censorship operation with Social Media companies. It is so dangerous, so terribly wrong, and such a basic violation of our American ethics and constitutional operation, it is indeed mind boggling.

If the American electorate does not ultimately — through the House and Senate — eliminate these criminal activities, our country will become a huge dictatorship with a corrupt society that nobody wants. The problem is that a compromised press does not tell the truth and half the American people have no idea how bad things really are.

Folks,that is the way I see it. As always, your comments are welcome and appreciated.