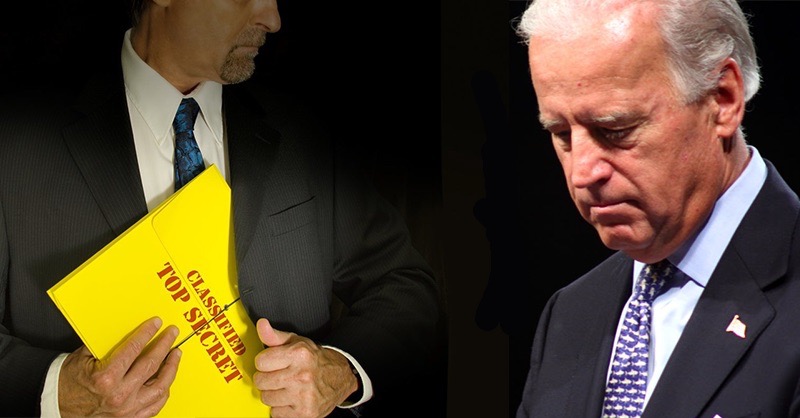 Finally, the American people are seeing the acute Hypocrisy, absurd dishonesty, and grotesque incompetence of Joe Biden and his entire administration! When asked about the unprecedented raid on Mar-A-Lago ordered by Attorney General Garland and conducted by the FBI, Biden was quoted as saying on 60 Minutes, “he had never seen anything so irresponsible”, referring to Trump’s, in my view, legitimate holding of formerly classified documents which he claims he had declassified.

Trump, as the former President, had the right to those documents and had been negotiating in good faith with the Records Library and the FBI. Such a raid on a former President has never happened before and is frankly outrageous. The Feds even went through Melania’s underwear drawer! This raid occurred and was ordered intentionally by, in my opinion, a corrupt Attorney General right before the Midterm elections which affected the outcome.

The horrible rub here is that AG Garland knew about this in November and covered it up in order to protect the Democrats in the Midterm elections. Folks, what an outrageous hypocrite Joe Biden is. Interesting, Biden as VP had no right to classified documents, which is when they were apparently taken. This is a clear violation of the Espionage Act and Biden should be impeached and then go to prison. Crackhead son Hunter lived in the Wilmington House, surely had access to the garage, and certainly the possibility that these sensitive papers could have ended up in Chinese hands or other enemies of America who have paid Hunter millions, certainly does exist? Folks we then could be talking about Treason!

Interestingly, the House of Representatives will be investigating this entire situation and I believe the Biden criminal activity including influence peddling, the border fiasco, and now this illegal possession of classified documents will be exposed. I do not expect this corrupt AG’s office, even with special prosecutors involved, to do the right thing. However the truth will be presented on national TV, and hopefully in the 2024 elections the voters, once informed, will take back our country and end this Democrat nightmare of incompetence, hypocrisy, and dishonesty which has put our country at risk.