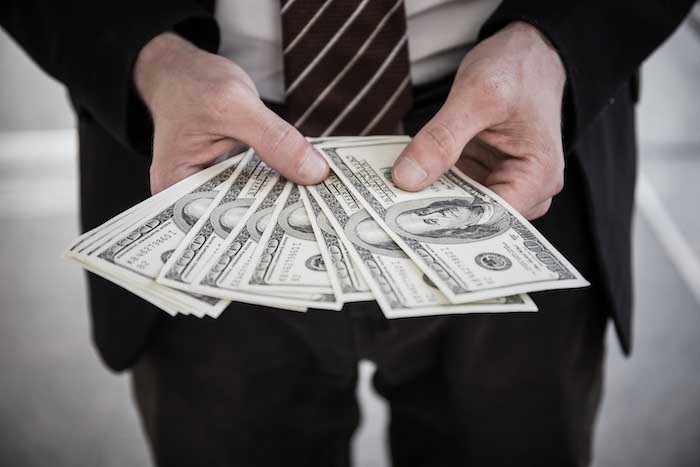 Folks, I’m outraged by what is happening in our Delaware TransPerfect case. In my view, there’s outright theft by Skadden Arps happening here, all anointed by Andre Bouchard and his Crooked Chancery Court. People have and should go to jail for stealing money when theft is happening. Skadden needs to be penalized, in my view. We’re talking padding of hundreds of hours in what amounts to millions of dollars, all under the guise of “reasonableness” by Skadden?? I’ve read up on this and as I see it folks is this Grand Larceny?! The criminal code says the more money you steal, the higher the penalty. Take the appropriate action, Mr. Bouchard!

A Cornell Law School professor, considered a leading expert on professional responsibility and business ethics, says the Chancery Court-appointed Custodian in the TransPerfect case, Robert Pincus and his firm Skadden Arps, crossed a line by submitting bills that were too high or “unreasonable” while committing several ethical violations. The violations of the Delaware Code of conduct and overcharging by Skadden and Pincus were revealed in an affidavit in the case, where Cornell Professor Edwin H. Woodruff summarized the legal fouls. Woodruff, who clerked for the U.S Court of Appeals for the 9th Circuit, has been a Cornell law professor since 2006. Previously he was an associate professor of law at Columbia University and Washington and Lee University School of Law.

The motion shows that Pincus and Skadden “crossed a line” in violation of the Delaware Code of conduct. Professor Woodruff explained the violations came during Pincus’ tenure at TransPerfect as Pincus “took unnecessary adversarial postures” against the company while refusing to explain Skadden fees. They even charged hundreds-of-thousands for their time to prepare bills for TransPerfect!

Folks, this is outrageous and contemptuous! Chancellor Andre Bouchard needs to halt this – by his own former firm Skadden and former pal Pincus – while he still has the chance! He has a month left in office to right this wrong! To correct the hundreds of millions that have been stolen from TransPerfect and its employees as I see it it’s time for Bouchard to show that he isn’t a shill for his former firm! Millions upon millions have been siphoned off to his buddies. It’s time for Bouchard to do what’s right for all involved and the future of Delaware and the Chancery Court!