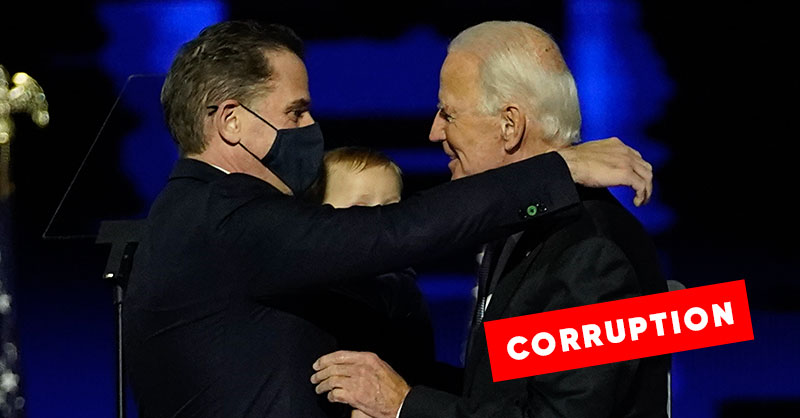 Have you heard the old sayings, such as “Payback is a bitch?”, “What comes around goes around?”, “People in glass houses shouldn’t throw stones?” and “The wheels of justice move slowly?” Well folks, it appears that despite a compromised FBI in collusion with the Democrat party, which falsely attacked former President Donald Trump and covered up Hunter Biden’s potentially nefarious crimes, potential justice could very well eventually prevail.

It looks like the Republicans are going to take over the House and probably the Senate. If that happens, the proper investigations and criminal prosecutions for the suspected. grotesque influence peddling, by the Bidens, which I believe has compromised our national security, will take place.

The evidence gleaned from Hunter’s laptop, testimony from former business partners, and evidence gleaned from FBI whistleblowers, indicates serious crimes, especially with China, that could actually be paramount to treason. The 10% clearly designated for the “Big Guy” (President of the United States-Joe Biden) written on Hunter’s laptop and the words from Joe Biden’s brother when asked how the Biden’s got away with their suspicious enterprises by former business partner Tony Bobilinski – “Probable Deniability” were the explanations used as part of the method of operation by the Biden Family, which has gleaned millions of dollars from foreign providers.

Indeed, when the Republicans take over, the real activities of the entire Biden Family could actually be exposed with impeachments and criminal prosecution. The wheels of Justice move slowly, but eventually it gets there.

Payback is indeed a bitch and I predict it is definitely coming. In my view, what has occurred through the Biden operation has compromised the entire safety and national security of the American people. These activities must be accounted for and. if accurate, severe consequences must happen.

What do you think? As always your comments are welcome and appreciated.