Is Your Delaware News Being Censored by the Good Old Boys Club? 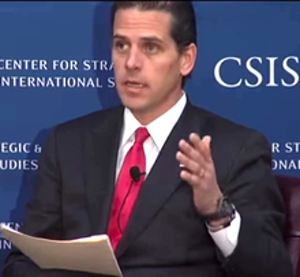 There’s a total blackout happening in our local news media, folks. I’ve been one of the only ones covering the TransPerfect case and Chancery Court Chancellor Bouchard and McCormick corruption and now I’m the only one covering this Hunter Biden story where he indicates he has the Chancery Court in his hip pocket if he needs to sue someone, which both the New York Times and Washington Post have covered.

Where’s the Delaware News Journal on this news? Do the editors get their checks where the Chancellors do?

The Good Old Boys Club obviously dictates what you can read in the paper in America’s First State. It’s un-American that you are only allowed to read news in Delaware that one of these Good Old Boys Club members approves as news. It’s like we’re a third-world country. Your news is being censored, folks. It’s outrageous!

Understand that if you’re reading the local Delaware news, your news may be manipulated and censored. These Latte Liberal elites stealing money from TransPerfect are the same unethical people censoring your news.

Honestly, leaving the politics out of it, the liberal media is actually covering this, but you know who gives it zero air time? Delaware’s mainstream media. The Delaware News Journal, the newspaper of record in our state, hasn’t covered this at all. I challenge you to let me know if it has been covered by Delaware State News? How about any of the local news radio stations?

We should sound the alarm that the Delaware News Journal should not be limiting or censoring your news. The Good Old Boys Club dictates what you can read in the newspaper as if we were in Russia. They circle the wagons pretty tight here in Delaware, don’t they folks?

Send your feedback on this. I would love to hear your thoughts. All of your opinions are welcome. We don’t censor at the Coastal Network. See the story below for more on this.

A federal investigation into the business affairs of Hunter Biden is continuing in Delaware, The New York Times and the Wall Street Journal reported.

The investigation included the convening of a grand jury, according to a mid-March Times story, which did report that the son of the president has satisfied tax claims. The payments do not end his legal liability but reduce his chances of facing charges.

On Monday, the Wall Street Journal (subscription) followed up with its own story that reported a widening of the investigation including the use of a federal grand jury.

As is customary in such cases, the U.S. Attorney’s Office for Delaware declined to comment.

The investigation is being conducted by the office of Delaware U.S. District Attorney David Weiss. Weiss was exempted from the customary request for the resignations of U.S. Attorneys when Biden took office, due to the ongoing investigation.

According to the Times, a federal grand jury heard testimony in Wilmington from two witnesses, one of whom formerly worked for Hunter Biden, whose lawyer was subpoenaed for financial records that reflected money Hunter received from a Ukrainian energy company.

President Biden’s son became a campaign issue that made its way to Wilmington when the former owner of a computer repair business in Trolley Square claimed an individual dropped off a laptop computer tied to Hunter Biden.

The shop owner John Paul Mac Isaac said no one returned to pick up the computer, with the hard drive and/or laptop ending up in the possession of President Trump’s lawyer and former New York City Rudy Guliani.

According to press accounts, a representative of Guliani dropped off the laptop/hard drive to Delaware authorities who gave it U.S. Attorney Weiss’ office.

Mac Isaac, who held a press conference regarding the computer, closed his shop claiming harassment. He recently was the subject of an interview with the New York Post and claimed the harassment is continuing but did not directly tie the actions to the Biden family.

The Post said the Times story validated its long-running coverage of Hunter Biden. Critics had claimed the laptop case seemed to fit a pattern of Russian disinformation efforts.

A Washington Post columnist this week sided with critics who said the laptop story deserved coverage and noted that some media outlets had gone after the Trump administration by publishing equally sketchy stories.;

Trump, who as the president sought Ukraine’s intervention in getting more details on Hunter Biden’s activities and ended up being impeached but not removed from office,  recently called for Russian President  Putin to “release  dirt” on the younger Biden, Politico reported late this month.

This weekend, Russia, as part of its effort to justify its invasion of Ukraine, accused Hunter Biden of funding biological weapons labs in that nation. The claim that has no basis in fact has been repeated by Fox News talk show host Tucker Carlson.

The Trump campaign worked to make Hunter Biden into an issue in the latter stages of the campaign.

However as noted above,  mainstream media outlets include the New York Times and Wall Street Journal. passed on the story, citing questions about the legitimacy of emails and other documents that some said resembled the work of Russian disinformation efforts.

Hunter Biden and his father have spoken about a struggle with drug abuse, with the president saying that his son should not have been involved in overseas business matters while he was serving as vice president.