Leo Strine Has Diminished America’s First State’s Reputation, Many, Including Coastal Network, Have and Continue to Point This Out 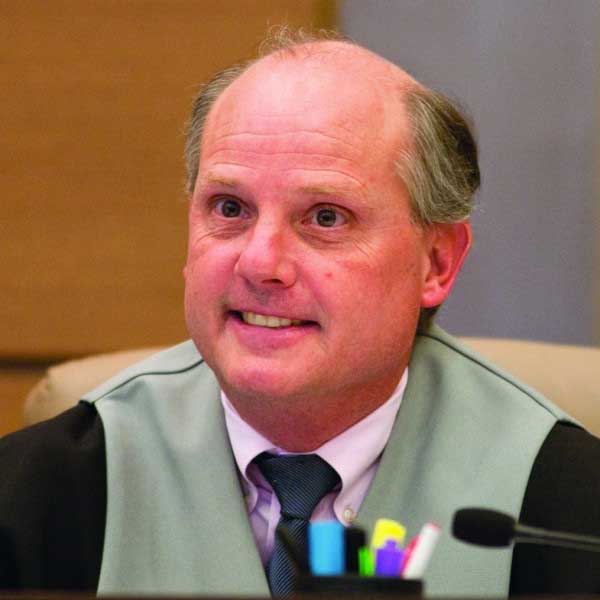 I don’t want anybody to forget, if by chance, former Delaware Supreme Court Justice Leo Stine tries to run for office or is considered for an appointment, how much he and his confederate cohorts like Chancellor Andre Bouchard have, in my opinion, damaged the reputation of America’s First State. Having witnessed his arrogance and rudeness in the TransPerfect appeal, I was actually embarrassed by his despicable behavior.

The bias exhibited in his demeanor and subjective decisions has hurt Delaware’s credibility. If Strine ever runs for office or campaigns for a space in the Biden administration, I will be first in the picket line, folks. No one should forget. It wasn’t just the Coastal Network giving him flak. See the Law360 article below.

As always, let me know your thoughts! Delaware has suffered enough!

Court watchers, legal experts and Delaware attorneys have all pointed to a patchwork of reasons they believe the First State fell to 11th place in the 2017 U.S. Chamber of Commerce survey of business-friendly states after holding the top spot since the survey began in 2002, chiefly a series of decisions perceived as plaintiff-friendly that surprised corporate executives. Perceptions of Chief Justice Strine, a prominent figure in the state for more than 20 years, took a back seat to other expressed concerns, but the top jurist’s demeanor on the bench has been an elephant in the room for some time. Delaware’s Chief Justice Leo E. Strine Jr., with his biting wit and forceful personality on the bench, is facing fire from some for the First State’s tarnished reputation among many business leaders, with attorney Alan Dershowitz calling him “an unfortunate face” for the state.

Dershowitz, who got into a public dust-up with the chief justice during Supreme Court oral arguments in January and represents a litigant staunchly critical of Delaware court decisions, called him “rude” and suggested his image is not helping the First State’s reputation in the business world.

“You don’t feel like you’ve had a fair shake if you’re in front of him,” Dershowitz told Law360. “He dominates everything. He doesn’t ask questions. He’s very intolerant. It’s as much about personality as it is about policy.”

Many, even those who acknowledge that his sometimes harsh temperament can be off-putting, have rallied to his defense, pointing to what they said is his impressive intellect, work ethic and dedication to Delaware’s jurisprudence.

While Dershowitz was more caustic in his criticism of Chief Justice Strine, others in Delaware legal circles confirm that the chief justice’s larger-than-life persona is not just a frequent topic of private conversation, but a source of consternation among some corporate executives.

High-level directors don’t like seeing expensive corporate counsel dressed down in public court and bristle at how amplified his strong views can be if decisions don’t go their way, attorneys have said.

When Chief Justice Strine was a vice chancellor and ultimately chancellor of the Chancery Court, attorneys would alter their presentations if they knew they’d be in front of him in order not to be on the receiving end of some barb.

There’s also a perception that the chief justice is mercurial when he looks at cases, and attorneys who find themselves in his doghouse have a hard time getting out, often to the detriment of their cases.

Chief Justice Strine, a former Skadden Arps Slate Meagher & Flom LLP associate, was legal counsel and policy coordinator for Gov. Tom Carper in the 1990s. Carper nominated him to the Chancery Court in 1998, and he ascended to chancellor in 2011.

When Gov. Jack Markell nominated him to be chief justice of the Delaware Supreme Court in 2014, there was some concern that he would deviate from Delaware’s tradition of maximizing judicial consensus in decisions, or that his domineering persona might lead to his bullying his colleagues behind the scenes.

Those worries have eased somewhat during the three years he’s had the center seat on the Supreme Court bench, and court has seen split decisions, such as the Williams Cos. v. Energy Transfer Equity case earlier this year, with the chief justice on the dissenting side.

But some, even those who are not fans of the chief justice’s style, essentially say that attorneys appearing in front of him should simply “toughen up” and suggested they should rethink being a lawyer in the first place if they can be shaken by such a thing.

Dershowitz represents Shirley Shawe, mother of TransPerfect co-founder Philip Shawe and 1 percent stakeholder in the company, who has been waging an acrimonious fight over control of the company and staunchly opposes the Chancery Court’s order the company be sold over their objections.

When the issue was argued before the Supreme Court in January, Chief Justice Strine brusquely admonished Dershowitz when the attorney tried to make an additional point after his portion of the rigidly timed arguments had expired. The exchange was tense, but attorneys are rarely given extra time in the court once the clock has run down.

Lawrence Hamermesh, professor of corporate and business law at Widener University Delaware Law School, raised his eyebrows at Dershowtiz’s comments and noted his status as a paid member of the Shawe legal team.

“Having looked at that case, I don’t think he has anything worth saying or listening to,” Hamermesh said.

Chancellor Andre G. Bouchard had ordered the profitable legal translation services company sold in 2015 to break a deadlock between Philip Shawe and Elizabeth Elting, former romantic partners who founded the company 25 years ago and have seen their relationship descend into a morass of litigation, on grounds it threatened the financial future of the firm. The Shawes have been resolute in their opposition to the order, including the launch of a failed appeal at the Delaware Supreme Court that was based in part on the theory the forced sale was an unconstitutional taking and a federal lawsuit from Philip Shawe arguing the decision violated his civil rights.

There’s also been an aggressive public relations campaign purportedly by a group of TransPerfect employees slamming the decision as bad for business and bad for the First State that gained support from former gubernatorial hopeful and Delaware Senate Republican Colin Bonini.

The bevy of billboard, television and radio ads from the group calling itself Citizens for a Pro-Business Delaware, which hired Bradley Tusk’s firm Tusk Management for the campaign, has been viewed by many as a PR ploy from a side simply unhappy with a court decision, but the TransPerfect issue has gained traction among some conservative circles in the state.

Chief Justice Strine’s irreverent style is no surprise, and has been the subject of controversy and rebuke before.

When he was chancellor in 2012, the state Supreme Court issued a per curiam opinion that including several paragraphs chastising him for a 10-page digression in an opinion on the Gantz Properties v. Auriga Capital case for straying beyond the bounds of judicial decisions, writing that if he wants to “ruminate on what the proper direction of Delaware law should be, there are appropriate platforms, such as law review articles, the classroom, continuing legal education presentations, and keynote speeches.”

Also as a chancellor in 2012, he courted controversy in a case involving the divorce of fashion executives Tori and Chris Burch when he referred to the proceedings as a “drunken WASP fest.”

“I’ve been on the receiving end of some direct and pointed commentary and questioning and it’s never been unfair,” Harris said. “Bring your A game when you step into his courtroom. It’s made me a better lawyer.”

Chief Justice Strine declined to comment for this story.