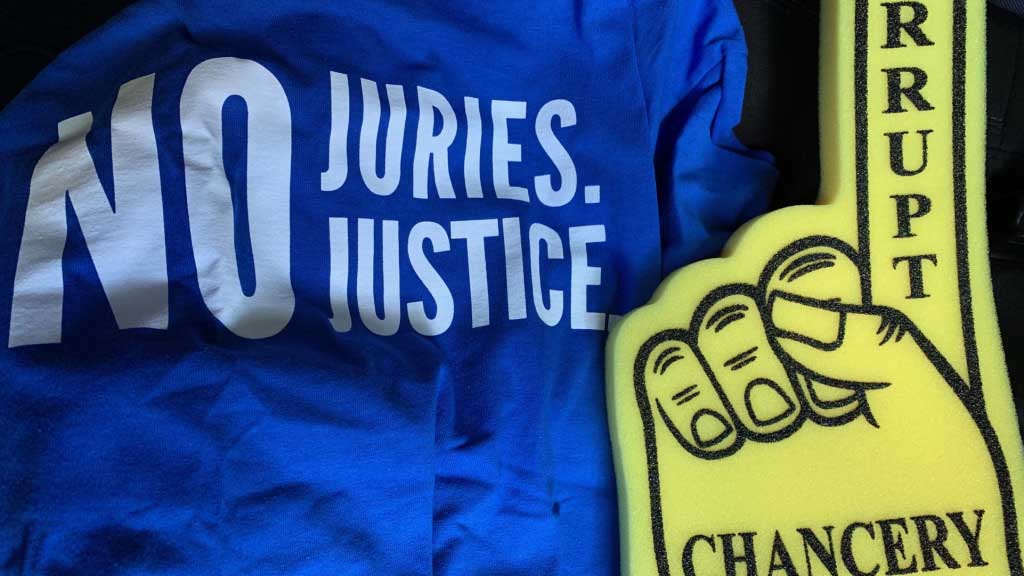 He Permitted His Former Employer to Bilk a Company: NOW What Will Delaware Do?

Now that the federal judge has found Chancery Court Chancellor Andre Bouchard guilty of ordering “$44 Million in undocumented fees” to his former employer, Skadden Arps, what will America’s First State do about this?

Will Delaware’s Good Old Boys circle the wagon to protect the outgoing Chancellor? Or will they investigate and rebuke? As 1,000 Citizens signed an anti-corruption petition asking our State to do?

How will Delaware handle this? Does he get fined over this? Does the $44 million get returned? What happens now that we know this money will not be available for the company and its employees? …but instead went to fund Bob Pincus’ purchase of Soccer Star Wanye Rooney’s luxury apartment in D.C.?!

Is it just, “Sorry, now we know our Chancellor is corrupt and ruined 5,000 workers’ lives for over 5 years, but we have no interest in policing our own?!” Tell your elected officials something must be done about this new “undocumented fee” finding to restore integrity to the courts, folks!

In my opinion, the words “undocumented fees” spoken by a Federal Judge, means Billing Fraud and Theft: Robert Pincus, Andy Bouchard, Leo Strine and Jennifer Voss. Will they ever be brought to Justice?

Please send in your feedback on this, folks. I’m curious to know what you think should be done!

The owner of TransPerfect said a federal court decision marked a victory in a suit against Chancellor Andre Bouchard.

A Delaware U.S. District Court ruling stopped short of intervening in the suit filed by TransPerfect owner Philip Shawe.
In another development, Bouchard issued a discharge order for the custodian appointed to supervise the sale of the company.
“We consider the ruling a victory in that the Federal Court found Chancellor Bouchard ordered TransPerfect to pay ‘$44 million in undocumented fees’ to his former law firm. It also put Bouchard and the Chancery Court on notice, which will help prevent future violations of civil rights,” TransPerfect owner Shawe said.
Martin Russo, lead attorney for Shawe remained critical of Bouchard: “The chancellor and his highly paid lawyers orchestrated the reversal of the offending order to game the system and avoid the finding of unconstitutionality in federal court. It is a clear admission of the inequity that was imposed upon TransPerfect and Mr. Shawe,”
The long-running case came after the 50-50 owners of the business services company, Shawe and Elizabeth Elting could not agree on a sale and the matter ended up before Chancery Court.
Bouchard appointed a custodian for the company who determined that Shawe should buy out Elting.
Shawe has been critical of the Chancellor and custodian’s actions throughout the process filed suit over what he viewed as a lack of details in billing for services performed by the custodian. Other suits were filed.
Also surfacing during the sale process was Citizens for a Pro-Business Delaware, an organization that called for reforms to the judicial system and demanded the appointment of a Black chancellor to succeed Bouchard.
Bouchard is retiring as Chancellor on April 30.