The Amazing story of Former Sussex County Delaware Councilman Vance Phillips in his extremely difficult, but successful enterprise in getting his Ukrainian wife into the United States! 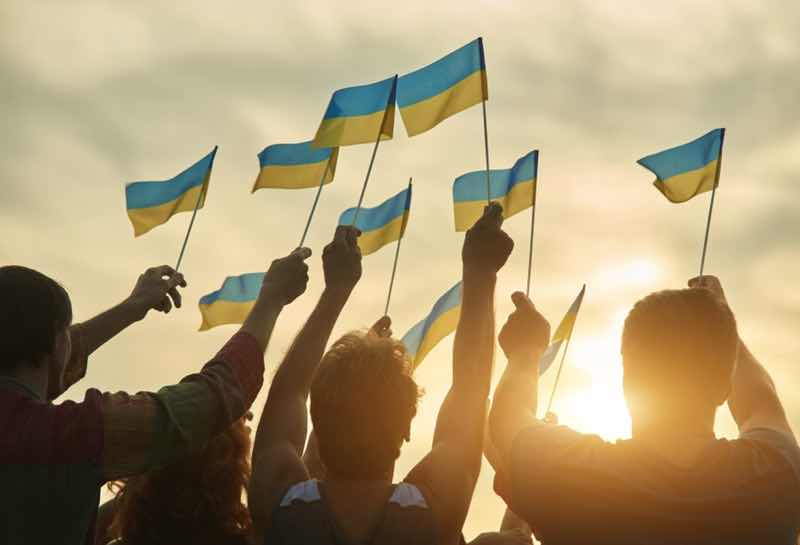 The Amazing story of Former Sussex County Delaware Councilman Vance Phillips in his extremely difficult, but successful enterprise in getting his Ukrainian wife into the United States!

Folks, I am going to tell you an amazing story of courage, fortitude, and determination that is quite remarkable. With the terrible and disconcerting Russian invasion, ordered by heinous, dictator Valadimir Putin, as thousands of Ukrainian citizens are fleeing the country, a local Delaware man and personal friend of mine (former Sussex County, Delaware Councilman Vance Phillips), went through hell to get his Ukrainian wife, Vika Lemeshivcka, out of Ukraine and eventually into the United States.

A brief history of Vance Phillips to help explain the situation: Vance is an affluent land owner and entrepreneur who owns a large watermelon farm near Laurel, Delaware and who served for many years as a Sussex County Councilman. An active Republican, who was once Vice Chairman of the Delaware Republican Party, Phillips actually ran against Joe Biden for U.S. Senate early in Biden’s career.

Vance is a common sense individual, a devout Christian, and a realistic Conservative leader who was extremely well-known in Delaware, especially in Sussex County. Unfortunately, Vance had a devastating, engine-propelled, hang-glider accident in which he broke his back, leaving him paralized on his left side, while being extremely compromised and in constant, significant pain.

Determined to not let this horrible injury ruin his life, Vance traveled the world taking his wheelchair and handicapped scooter with him. Spending a considerable amount of time in the Ukraine he met Vika Lemeshivcka, who he married in a Ukrainian wedding and they have now been together for 5 years. Despite being married and traveling throughout the world with her, Vance could not get an American visa for his wife. Periodically, Vance would return home to Delaware, leaving his wife in the Ukraine.

Then the Russian invasion occurred. With bombs and bullets flying all around, Vance arranged for his bride to take a bus to Poland, then flew her to Madrid, Spain, from there to Cancun, Mexico where he met her. After resting up for a few days, they flew to Monterey, Mexico where Vance rented a car and they drove directly to the Texas border. Upon arriving there, once the border patrol saw her Ukrainian passport, all attention was directed toward them. The first words out of Vika’s mouth were, “I am a Ukrainian citizen and I am seeking political asylum”.

She was immediately taken into custody and put in a detention center, her cellphone and personal items removed and she began a grueling vetting process. She was treated fairly well and being the only English speaking Ukrainian there, helped translate for other Ukranians who the authorities also had in custody. In the facility were also criminals who sometimes got out of hand and she was often intimidated. Some of them told her she would be deported back to the Ukraine which upset her terribly. She was held in custody for 14 days.

After learning his wife would be in U.S. custody, Vance drove the rented car back to Mexico, then on his handicapped scooter, drove the 15 miles back to the border. He then checked into a Marriott hotel, about one mile from the detention center. Exhausted, in terrible pain, Vance upon my recommendation, hired a very expensive Texas immigration lawyer, who filed innumerable, official documents with the authorities, which apparently helped and clarified the marriage situation and plea for asylum.

Afterwards, sick and out of needed medication, Vance flew back to Delaware where he took care of his personal business and saw his doctor. Two days later he attempted to fly back to Texas. Changing planes in Orlando, Florida, Vance learned his flight to Texas had been canceled and he had to spend the night sitting in a wheelchair in horrible pain, waiting for the next flight to Laredo.

Finally, Vance was able to get back to Texas where his bride was released into his custody on what was designated as parole and temporary asylum. They had a brief scare, as all of Vika’s important documents were missing, and had apparently been left at the detention center. Fortunately, they were able to retrieve them and now they are both resting up and recovering from an extremely trying, tense, and difficult situation, but truly a successful one which was definitely achieved by Vance Phillips’ true grit and determination. What an amazing story!

Folks, the rub for me is the acute hypocrisy and absurd method of operation by the Biden administration in regard to the open Southern border where millions of unvetted illegals from all over the world, many who are terrorists, some carrying death causing Fentenal that has killed over 150,000 Americans, are dropped all over the United States, while a Ukranian woman, seeking political asylum, married to an American is forced into a detention center for 14 days before being given the needed and justified asylum she deserves. Folks, Biden is an incompetent, malicious fool who should not be President.

Regardless, My friend Vance Philips is now my hero who went through hell to save his wife from probable death at the hands of Putin and his war crimes against Ukrainian people. They soon will be returning to Delaware, where Vance plans on an American wedding, as well, to solidify his wife’s eventual citizenship. God bless him and his beautiful wife Vika. I wish them the best!

I’d love to hear your feedback on this, folks. What a story and eventual happy ending!