TRUMP is RUNNING AGAIN —How will it shake out ? 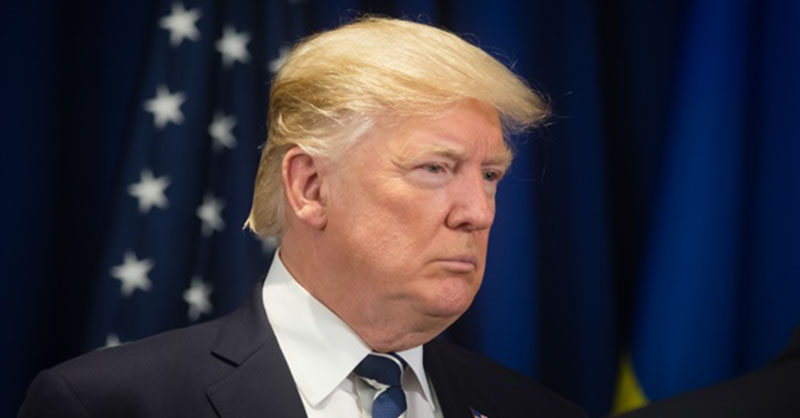 Donald Trump is definitely running for President in 2024. His declaration speech was given last night in Palm Beach. His speech was centered, on point, and focused on the issues that the American people care about. I tend to agree with several high ranking Senators who think that if Trump stays on track without going into divisive waters, he just might pull it off and win again.

On the other hand, if Trump continues to attack fellow Republicans like successful Florida Governor Ron DeSantis, who has remained a gentleman and not responded in kind to Trump’s remarks, then he could become a force that divides the Republican party with devastating consequences in 2024.

We will have to see how it all develops. There are indeed those who would prefer that Trump play golf and step aside. Please read the open letter below by James Greenfield:

An Open Letter to Donald Trump

In mid-August, shortly after the FBI made its unannounced, unprecedented search of Mar-a-Lago, you acknowledged America’s rising levels of anger and polarization and you made an extraordinary offer:

“The temperature has to be brought down in the country. If it isn’t, terrible things are going to happen,” you said. “I will do whatever I can to help the country.”

Offer accepted. Here’s how you can best help the nation step back from the precipice of civil disorder: Declare you will not be a candidate for president in 2024.

And by the way – President Biden, who falsely cast himself as the unity candidate in 2020 and has since made a series of dark, incendiary speeches demonizing all Republicans as a threat to democracy, should step to a Rose Garden podium and make a similar announcement. Only then will the healing begin, and the risk of politically inspired violence begin to diminish.

I’m a conservative who voted for you in 2016 and 2020 and I regret neither vote. Had you continued in office in 2021, the U.S. and the world would be safer and in far better economic condition today because you would have continued to encourage the exploitation of our vast energy resources; completed your efforts to close our southern border and stem both unfettered immigration and the importation of deadly fentanyl; ensured that law enforcement had the resources it needs to control rising crime that has all Americans on edge; and tried to slow the spread of racially divisive and sexually inappropriate materials in our schools.

You deserve great credit for engendering a political realignment that will ensure conservative ideas remain relevant. As many U.S. corporations have tacked left, intent on imposing an intolerant “woke” agenda far beyond their boardrooms, you have persuaded increasing numbers of working people and minorities that their best interests are no longer represented by a Democratic Party drawn to fringe ideology that matters to only a sliver of the electorate.
But these initiatives can and should proceed without you as Republicans continue to take advantage of a favorable electoral environment.

As I shuffle in the general direction of retirement, I expect the 2024 election to produce eight years of conservative leadership more likely to foster economic prosperity and stability which will prevent the further erosion of my retirement funds. You cannot offer us eight years. Because you’ve already been elected president once, the 22nd Amendment to the Constitution limits you to one more term. That’s probably a good thing because in November 2024, you’ll be 78, five months older than Joe Biden was on Election Day 2020.

If you run again, the electorate’s attention will be diverted from winning issues which beg for exposition. Corrupt Justice Department jackals, at the behest of the Biden White House, will not let you rest. Whether the cause du jour is Jan. 6, classified documents, or your business operations, they will continue to harass and likely indict you. You will be playing defense when your team is poised to take the ball and drive down the field.

The merits of the claims against you are almost beside the point. What matters is that none of the other leading Republican contenders will have to contend with such distractions. We can’t afford to let distractions dilute the message.

You cannot secure personal vindication in 2024. Yes, there were irregularities in 2020. Two of them are undeniable: Mark Zuckerberg’s injection of $420 million to turn public elections administrators into get-out-the-vote activists in swing-state Democratic municipalities; and the FBI’s pressure on social media to censor reporting detrimental to Biden, including the Hunter Biden laptop story.

But it will never be possible to quantify the effect of those irregularities on the 2020 vote. Instead of relitigating 2020, there must be focus through 2024 and beyond on preventing the repeat of assaults on election integrity. (This week’s election of Republicans at the state level is a positive step in closing election loopholes.)

Another important consideration – you have never been a stranger to controversy. You thrive on being in the arena, duking it out, counterpunching, exposing hypocrisy. But the country can’t handle the daily maelstrom anymore, especially when it gets personal. The ties that bind us are on the verge of unraveling. As you’ve recognized, we need calm.

At the 2016 Republican National Convention, you famously said, “I alone can fix it.” That is no longer an argument for your candidacy. You may not publicly admit it right now, given your publicly expressed ambivalence toward Ron DeSantis, but you know he’s capable of carrying on the work you began. Equally worthy are Nikki Haley and Glenn Youngkin (to identify only two among several), both of whom offer the values, administrative experience, and calm demeanor we need to right the ship.

Your selfless decision to withdraw from the 2024 race would be statesmanlike, truly a historic “America First” moment. Think of the endorphins your announcement will release. Can you leave the political stage with such goodwill and positive energy? If you truly recognize what’s best for the country, you can and will.

Call any time if you want to discuss my proposal. I speak only for myself, but I know there are many committed conservatives who agree. My very best to you and Melania, and thanks for your service.

James Greenfield is a business litigator and real estate lawyer in Villanova, Pa.