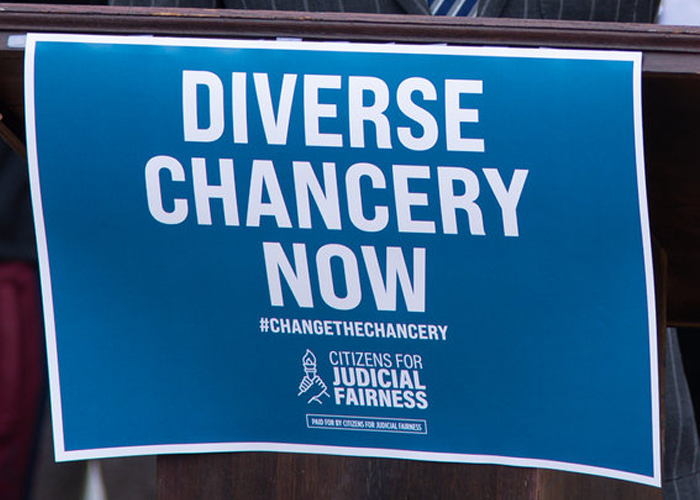 I went to the post office yesterday, only to find them closed in honor of Juneteenth, a holiday commemorating the emancipation of enslaved people in the U.S.

Those who know me know that I’m a dedicated Republican, and frankly I believe that Governor John Carney leads a bunch of Limousine Liberals running this state. In my view, it is the kind of administration that would sit still to see Delaware’s “Democratic” elite milk the workers of TransPerfect in a $250 million dollar scam. It is my opinion that the Skadden Arps’ TransPerfect caper will go down as one of the biggest scams in Delaware history — bigger than when someone who did not own the Eiffel Tower, but sold it for scrap metal or someone who sold the Brooklyn Bridge!

Folks, sarcasm is not my bag, nor is racism. Regardless, I have always believed in hiring the best and most qualified person for the job, especially in government positions, regardless of race or religion. I also despise hypocrisy. Interestingly, diversity in Delaware’s Chancery Court has been a constant rub by Al Sharpton in Delaware!

But someone has to say something, so I will: Congrats to Governor Carney so far for ignoring liberal calls for “diversity” just for the sake of diversity, which to me sounds like hiring someone who is not best qualified for the job. Hiring a person just to fill a racial quota, regardless of qualifications, is wrong. That seems racist to me. So far, Governor Carney has not bowed down to extreme liberal pressure, as you’ll see in the WDEL story below.

Governor Carney defied tremendous pressure, perhaps from the Bidens themselves, to leave the all-white institution as is. Perhaps he will give in to the extreme left and appoint an African American, even if less qualified, in the future. It was probably extremely difficult not to bow to serious pressure to be overly diverse and appoint someone from the LGBTQ+ community from joining the archaic Court as well.
Putting the corruption and cronyism that I personally believe infects our Chancery Court aside, hiring the best person for the job is always the right decision. We will see what Carney does down the road.

P.S.: Send any feedback you have by email in response to this column in your inbox, or directly at [email protected].
The views expressed in this article represent my personal opinions and not those of anyone else.
To read more of my views, please see my coastalnetwork.com site for all of my latest columns.
Check out my latest thoughts and news on Twitter at twitter.com/Judson_Bennett

Carney makes 2 judicial nominations, 1 of which is sure to disappoint some

Governor John Carney on Friday announced two judicial nominations, one of which is likely to draw the ire of parties who’ve been calling for a diversification of the Chancery Court.

Carney nominated Kelly Hicks Sheridan, a current Assistant Unit Head for the Juvenile Delinquency and Truancy Unit within the Delaware Department of Justice, to the position of Commissioner for Family Court in New Castle County.

He also nominated Nathan Cook, a 16-year veteran of Chancery Court litigation and currently a managing partner for Block & Leviton, to the position of Vice Chancellor of the Court of Chancery.

Cook’s nomination should come as a disappointment to those who have been asking Carney to nominate a minority to the position in light of the pending retirement of Vice Chancellor Joseph Slights III, including Rev. Al Sharpton, who was at Legislative Mall in Dover on Tuesday, May 24, 2022, for exactly that request.

“It’s like the Rocky Mountains, the higher up you get, the whiter it gets,” Sharpton said of the court during his visit, stating that the makeup is not at all reflective of Delaware’s population demographics.

Carney’s nominations will have to be considered by the state Senate for confirmation.

“I want to thank these two qualified nominees for their willingness to serve the people of the State of Delaware,” said Carney. “I’m confident that each has the experience and judgment necessary to serve as part of Delaware’s world-class judiciary. I look forward to the Senate considering these nominations.”