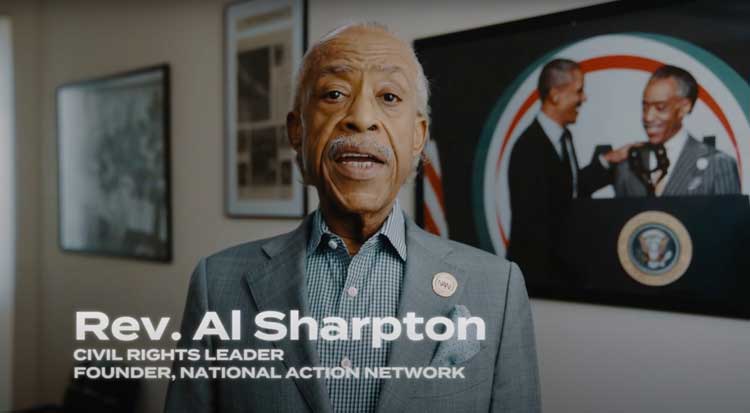 Dear Friends,
I’m a grumpy old white guy who thinks the best person for the job should get the job. Period. That said, my readers need to understand the level of corruption and hypocrisy that’s about to bite Delaware in the ass.Now Martin Luther King III, the oldest son and oldest living child of civil rights leaders Martin Luther King Jr. and Coretta Scott King, has his eye on Delaware’s politically-connected cronies. As I have done for years, he specifically out calls Skadden Arps, and its revolving door of judges in the Old Boy’s Club.
Check out this piece in The Hill below and let me know what you think. Your feedback is always welcome and appreciated.
(Under no circumstances do I agree with the article below, which is insulting to any clear thinking American, however the hypocrisy and internal corruption in Delaware’s judicial operation in my view is paramount and needs to be addressed.)
Respectfully Yours,
Judson Bennett – Coastal Network
P.S. Also see MLK’s supporting TV ad. More attention from having a corrupt judiciary that Delawareans do not need:  https://youtu.be/_vMvsfK1Y7E
https://thehill.com/opinion/judiciary/594902-biden-has-been-revolutionary-on-judicial-diversity-states-should-learn-from

Throughout the 2020 election, President Joe Biden made the nomination of the nation’s first Black woman to the Supreme Court a central pillar of his campaign’s agenda — a pledge that if fulfilled, would cement his legacy as the most prolific judicial activist to occupy the White House in a century.

As Justice Stephen Breyer is set to retire, we are hopeful, indeed we are confident, that President Biden will keep his promise to the American people to add balance and more fair representation to the nation’s highest court — the same court that upheld “separate but equal” treatment of Americans based on race until the 1950s, and that currently has just one Black and one Hispanic jurist.

Although our optimism is cautious, the Biden administration’s record in filling vacancies on the nation’s most critical courts with diverse candidates who are qualified beyond dispute is undeniable.

Already in his first year in the Oval Office, President Biden has appointed more Senate-confirmed judges to the federal bench in a single year than any other president since Ronald Regan, including 24 percent of the total Black women across the entire federal court system. Moreover, nearly 70 percent of the president’s Circuit Court nominees have been people of color, while over 78 percent have been women and over 40 percent have been Black women.

In total so far, the Biden White House has appointed 84 nominees to the federal bench — each and every one of them as qualified as any of their peers. In fact, a recent analysis showed that nearly 60 percent of this administration’s nominees attended a top-14 law school, while over 82 percent of the Black women nominated by the president received the highest possible rating for federal judicial nominees by the American Bar Association, proving definitively that diversity does not come at the expense of quality and experience.

Despite the hypocritical and empty words of some critics thinly masking their biases behind cries of political gamesmanship, Biden’s judicial diversification efforts are not radical, but a necessary course correction following centuries of inequitable treatment under the law for minorities.

From law schools to elite “white shoe” law firms like Skadden Arps, from courthouses to parole boards, for too long the cornerstones of our justice system are disproportionately white, and therefore not representative of the American people. Lacking representation is a foundational flaw that exists in every pillar of our nation’s legal structures — a flaw so deep that it has sown seeds of distrust in minority communities for decades. As a result of the unending body of evidence that people of color receive unequal treatment under the law, 87 percent of Black Americans believe they are treated less fairly than their white neighbors.

To that end, the precedent set by Biden over the last year must be studied and replicated by every governor in every statehouse across the country. As 83 percent of state-level high court judges are white, the Supreme Court is just the tip of the iceberg.

Take the president’s home state of Delaware as an example. The overwhelmingly Democratic and supposedly liberal ‘First State’ faces staggering and unacceptably low levels of diversity in its judicial ranks. Our analysis of Delaware’s highest courts showed fewer than 15 percent of the justices are Black, despite Black people making up a disproportionate percentage of the state’s prison population. As a matter of fact, right now, Delaware Gov. John Carney (D) has an opportunity to turn his record on judicial appointments around by nominating a Black justice to the Court of Chancery.

To make sure Carney lives up to President Biden’s footsteps, we are now working side by side with local activists and judicial advocacy groups to fight for diversified courts in Delaware, because we know that leadership at the top does not just filter down naturally. The transcendent change we wish to realize will take an extraordinary effort to accomplish, an effort that every American should fight to make, from city halls to statehouses to the Supreme Court.