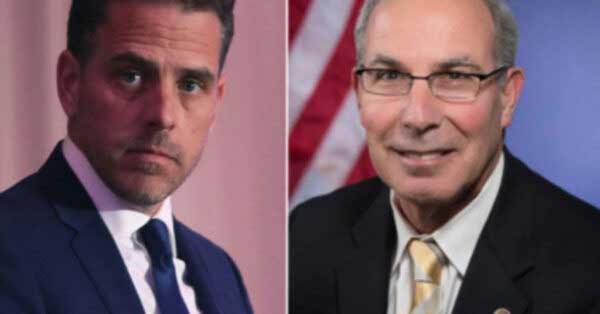 You should be advised and informed of the truth, regardless of how much you hate Donald Trump!! Folks, Joe Biden makes Trump look like a choir boy. What I am telling you is real and it has been clearly documented. I am admittedly a partisan Republican who studies politics closely. I know more about Joe Biden than he knows about himself. He never should have been elected President and one of the reasons he was elected was because, in my educated opinion, the Delaware U.S. Attorney’s grotesque method of operation.

The corruption in Delaware has no limits, in my view, and only enhances and protects the corruption in the Biden operation. Folks, the Delaware U.S. Attorney, David Weiss, clearly protected Joe Biden’s candidacy and frankly the Biden family in its entirety. The laptop owned by Hunter, discovered in a Wilmington, Delaware, computer repair shop is so incriminating, and so unbelievably telling about Joe Biden’s degradation, which includes influence peddling, bribery, and money laundering in regard to the Ukraine, China, and Russia. It is sickening.

Folks, when combined with the testimony of Hunter’s former business partner, a decorated naval officer, the evidence is so damming and overwhelming, the Delaware U.S. attorney, no doubt by his intentional delays has compromised his office, many legal ethics, and swayed an election by his clear design to protect an apparent illegal enterprise. This is a typical Delaware move and it smells to high heaven!

Please read the “Blabber Buzz” article below and understand how bad it really is in the First State and realize that the “Delaware Way” has covered up for Joe Biden since 1972 when he was first elected and he defamed poor Curtis Dunn, accusing him of being drunk, when he was proven not to be and had the misfortune of having Biden’s first wife kill herself and her infant daughter by running into his truck. The shameful lies and activities of Joe Biden are beyond belief, in my opinion, and I know the truth about all of them. I could write a book about his acute dishonesty from law school to present time which even includes lies about how he met Jill, his second wife, who was once married to my friend and Delaware icon Bill Stevenson. Just more of the Delaware Way.

Hunter Biden is being helped and protected by U.S. Attorney David Weiss, in my opinion, and he clearly helped elect him by stalling a prosecution for crimes that are beyond heinous. I think Weiss should be removed from office and disbarred for his intentional mishandling of this case.

Please send me your feedback and opinions about this situation. Your comments are appreciated.

The Delaware Way: US Attorney Stalled Hunter Case Until After Election

The Delaware Way: US Attorney Stalled Hunter Case Until After Election

As we continue to delve into Biden’s Delaware to highlight the corruption within the state, the President’s own son benefitted from what is known as ‘The Delaware Way’ via a Biden-recommended federal prosecutor.

The federal prosecutor examining Hunter Biden’s taxes waited until after the election to look for search warrants or issue grand jury subpoenas, a new report revealed Friday, out of concerns his probe would grow public and affect the presidential contest.

Delaware’s U.S. Attorney David Weiss chose to delay taking any actions that could flag the probe for the public, according to Politico, so that the investigation wouldn’t grow into a campaign issue in the dispute between Joe Biden and Donald Trump.

Weiss started his probe of President Joe Biden’s son in 2018 and, by last summer, was set to issue the warrants and subpoenas though decided to wait.

‘It was a close call,’ a person with knowledge of the situation told Politico. ‘That case has way more credibility now !’

Prosecutor in Hunter Biden probe waited for election to end