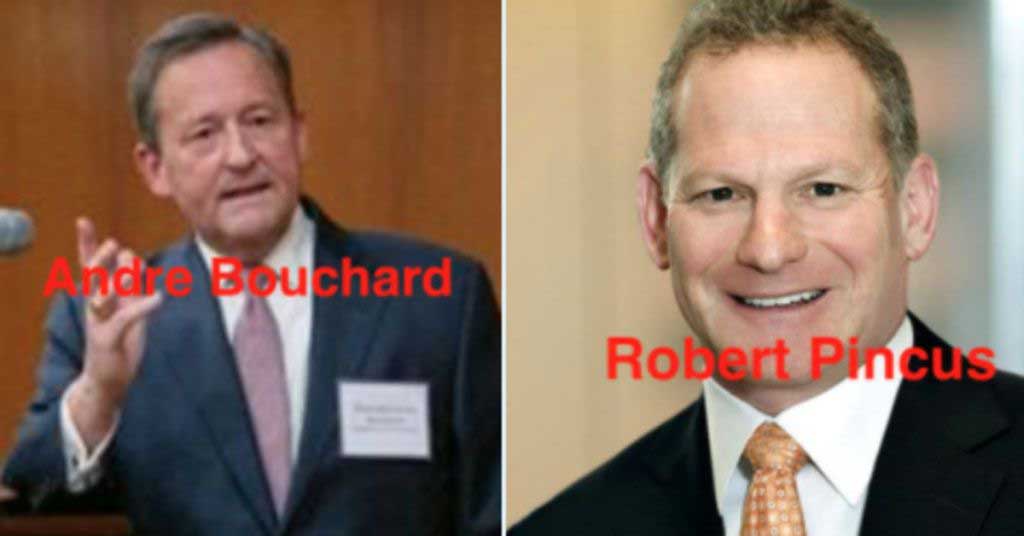 Read this story below and you’ll see they are writing about Delaware’s Chancery Court, the corrupt Delaware Way and the now infamous TransPerfect case in Delaware, saying “what has happened to TransPerfect should alarm any business owner and concern every American.” This sounds an alarm and puts another spotlight on our broken Chancery Court, which is allowing its primary responsibilities to be eroded. The conservative publication article focuses on the extreme levels of corruption at our Chancery Court. Thankfully, there is a growing echo of voices expressing concerns.

I applaud more voices joining our chorus. Indeed, it’s the only way to stop Delaware Way corruption! Let me know what you think, folks!

‘The Delaware Way’: The Swamp Trump Warned Us About On Full Display

Over the past several years, the story of a private company embroiled in a dispute with the State of Delaware has gone mostly unreported. However, what happened and is still happening to TransPerfect should alarm every American, considering the state-run machine that caused the injustice is in President Biden’s own home state.

During the 2015 election cycle, then candidate Donald Trump campaigned on a promise to ‘drain the swamp’. The slogan was catchy; however, the meaning of the term ‘Swamp’ was not understood by most Americans.

‘The Swamp’ Trump was referring to is complicated to describe without context and actual facts. Many news outlets tried to explain the term, using generalizations like ‘non-elected civil servants’ or ‘administrators of government offices who remain at their jobs after a change in administration’. Some even went so far as to describe the Swamp as an organized cabal.

It might not be a cabal in the organized sense, and yet, it might be highly coordinated and structured. Without investigation it is irresponsible to speculate and so over the next several months, BlabberBuzz will be bringing you exclusive stories and investigative reports that shine a light on the systemic corruption all across America.

Our first installment, a multi-part series called ‘The Delaware Way’ focuses on President Biden’s home state where accusations about cronyism have been circulating for decades – all the way back to 1972 when Biden first got elected to the Senate under conditions that many would consider abnormal.

We start though with the present as what has happened to TransPerfect should alarm any business owner and concern every American.

TransPerfect is the world’s largest provider of language and technology solutions for global business. Despite successfully running the company together since 1993, in 2014, the two company founders Phil Shawe and Elizabeth Elting began a struggle for control of the company. One might think that is quite normal for founders to squabble in a privately held company. However, this story gets uncanny when the fight moved from the New York State Supreme Court where a judicious justice Melvin Schweitzer ordered the two founders to work it out themselves, to the Delaware Chancery Court, the government apparatus charged with mediating corporate disputes for more than one million business entities that are incorporated in the “First State”.

The Delaware Chancery Court’s own description suggests that it is “widely recognized as the nation’s preeminent forum for the determination of disputes involving the internal affairs of the thousands upon thousands of Delaware corporations and other business entities through which a vast amount of the world’s commercial affairs is conducted.” Its mission statement concludes that “Its (The Chancery Court’s) unique competence in and exposure to issues of business law are unmatched.”

The Chancery Court oversees disputes amongst some of America’s largest corporations which use Delaware as their corporate home for tax purposes. It is an entity that was set up hundreds of years ago to provide ‘judicial relief to those left remediless because of the procedural rigidity, corruption, and inadequate enforcement machinery of the common law courts.’

Yet, the very court that claims to be above corruption now stands accused of being an arm of that procedural rigidity, a hotbed of corruption and a symbol of a broken enforcement machine.

To highlight this, one simply must look at what happened to TransPerfect when the company’s internal dispute went before the Chancery. After hearing the dispute, in June of 2016 the Chancery ruled that the company was to be sold at auction. The ruling itself is the source of much confusion in legal circles and alone could indicate something nefarious. However, what transpired in the years after that ruling only reinforces suspicion that there is a level of corruption within the chancery.

At the center of this case is the Chancellor of the Chancery, a judge for all intents and purposes, by the name of Andre Bouchard. Bouchard appointed local attorney Robert Pincus as custodian to oversee the public sale, and by the fall of 2017 founder Phil Shawe was the highest and best bidder and was approved to purchase Ms. Elting’s 50% stake. The sale was approved in February of 2018 and affirmed by Bouchard.

Detail is key to understanding the TransPerfect sale and there is a lot of detail to unpack. Shawe winning the bid was not by some design of the Chancery, but grit and tenacity of his own. The forced sale of the company, the way it was determined to occur and the subsequent illicit activities are what the true focus must be. The devil is in the details, and this is where the troubles shine through.

When adding it all up it comes down to this; by the time the sale was done, Robert Pincus and his law firm, Skadden, Arps, Slate, Meagher & Flom were $14 million dollars richer and another $35 million dollars were billed to TransPerfect as ‘auction related expenses’.

There is no argument that a court appointed custodian should be compensated for their efforts, however nearly $50 million dollars to conduct an auction that ultimately only included the two warring parties is worth investigating – and some $14 million payday for the custodian is obscene.

The dispute began when Shawe and Elting fell out of favor with one another. Elting, a 50% owner, and Shawe holding 49% with his mother Shirley Shawe holding 1%. Essentially, they were both equal owners when they began to quarrel over management issues, acquisitions, staff promotions and office spaces, but the basic operations, sales and services to clients remained strong and profitable. The fact that the chancery ordered the company to be sold is shocking, the fact that the only two real bidding parties were Shawe and Elting themselves paired with private equity groups only reinforces suspicion that the actual order to sell was in fact, a justification for a nearly $50 million dollar pilfering of one of the most successful companies in its industry.

We also know now that one of the equity funds, Blackstone, did not want to participate believing that they could not effectively compete. To keep them in what was referred to as a modified auction, Pincus offered them $4 million of TransPerfect’s money to cover their fees and expenses just to keep the image of his multi-participant auction alive. Pincus essentially bribed them, promising to pay them if another party other than Shawe were to win the auction.

Even with that, from all indications, it seems TransPerfect was more than willing to pay the bloated fees to Pincus and his law firm. However, they asked to see itemized invoices to understand what they were being billed for. Yet, their requests to Skadden and Pincus for itemized billing explaining their heavy take went unanswered. In the past, TransPerfect described the work they were billed for as ‘mysterious and unexplained’ because they were never told what was done or even how many billable hours worked to amass the millions of dollars in fees they had claimed.

After successfully winning the bid for his own company, Phil Shawe began a one-man-crusade against the Chancery, Bouchard, Pincus and Skadden to unwrap what had happened and why the nearly quarter of a billion dollars this ordeal had cost in total was even necessary to spend.

Think about it, both of TransPerfect owners spent approximately $250 million in legal fees as well as the disputed custodian fees so that one of the partners could be bought out for what amounted to $285 million after taxes, an amount that was less than many offers Shawe made to settle the dispute going as far back as 2016.

Why did Shawe go after Chancellor Andre Bouchard, the ‘judge’ from the Chancery who oversaw the entire process? The answer itself brings up many other questions about the integrity of the order to sell in the first place, and more specifically, the usage of Pincus, and through him Skadden to conduct the sale.

Prior to joining his appointment to the Chancery, Bouchard was an attorney working for Skadden. This alone should have disqualified them from having anything to do with any Bouchard case.

Under pressure, most certainly from the microscope he was under due to Shawe’s campaign to right a wrong done to him and his company, Bouchard conveniently stepped down from the Chancery in April of this year. Just before he did, he ordered Skadden to reduce their legal fees by a mere 15%, without actually asking them to show what the millions they billed TransPerfect are for.

The TransPerfect story has many elements to it that we feel is important to understand just how the work of the business court gets done in Delaware, home to the 46th President of the United States. The Chancery itself has many ties to Biden – as do many of the players who sat idly by while an upstanding and model corporation was being pilfered for cash by a component of the machine that Joe Biden helped create.

In our next installment, we will dive deeper into the TransPerfect story by focusing on Robert Pincus, and his relationship with Bouchard and the ensuing battles that Shawe brought to force accountability. We will begin to link the actions of the Chancery in the TransPerfect case to other cases and establish a pattern and bring you the facts as to how the Delaware chancery in the age of Joe Biden has not always acted in the best interest of the companies they were founded to help.