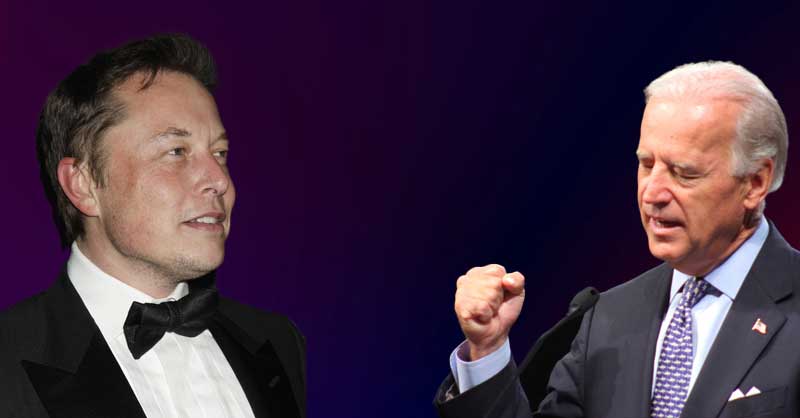 As the year comes to a close, I have a few honorable mentions and reiterations of what’s happening in the world that is fast becoming upside down, because of the acute arrogance, criminal activity, intentional disruptions, absurd decisions, and a clear Socialist and Orwellian agenda by President Joe Biden and the insidious left-wing handlers that are propping him up.

I am laughing out loud daily as Elon Musk is driving the LEFT and the White House crazy by releasing clear-cut proof of FBI interference in the 2020 election through its Twitter Censorship operation. The infamous Laptop owned by Hunter Biden that incriminates certain members of the Biden family will be huge public news this time around once the new House of Representatives, under Republican control, begins its needed investigations into the Biden criminal operation.

The Southern border is in a crisis that is unprecedented. Joe Biden took a successful, under control Mexican border operation designed by Donald Trump, and completely eliminated it, opening our border up to the entire world. Billions of dollars of taxpayers’ money is being spent to coddle and encourage these invaders to come into our country and indeed, they are coming in by the millions including drug dealers, terrorists, and gang members. Our national security is now at risk. There are solutions, which include finishing the Wall, obeying the existing immigration laws, temporarily putting the U.S. military on the border, and hiring many more Border Patrol Agents instead of IRS agents.

One final fiasco that has been in the news that deserves mention is the idiotic prisoner trade that Biden made, thereby giving the Russians the worst arms dealer in history for a liberal, female professional basketball player who hates America, while leaving a U.S. Marine behind to languish in a Siberian prison. That is typical of Biden as he left many patriots in Afghanistan and got 13 heroic service people killed through his absurd and incompetent withdrawal of U.S. forces there.

As I have stated over and over again, Biden is the worst, most incompetent, and intrinsically evil President in United States history. It is frightening to think how bad he can make things over the next two years.